Germany is Repatriating 3,396 Tons of Gold Stored in Manhattan

… Following World War II, the threat of a sudden Soviet invasion convinced many Western European nations to diversify their gold holdings abroad, particularly overseas to the U.S and the UK. Today, Germany holds only 31 percent of its gold within the Bundesbank. Of the remainder, 45 percent is held at the Federal Reserve Bank in New York, 11 percent with the Banque de France in Paris, and 13 percent with the Bank of England in London. But now that the Russian military threat has dissipated, the Germans have rightly reevaluated its dispositions.

The developed nations of the world have adopted a form of Keynesian economics that has created a world awash with debased fiat currency supported by seemingly unsupportable mountains of official debt. In such a world, it is understandable that German citizens feel their nation’s gold should be held at home. Such sentiment could spread. Holland’s CDA Party already has asked that their nation’s 612 tonnes, or metric tons, of gold be repatriated from the U.S., the UK and from Canada. …

The big news last week was the initial  announcement by Germany that they would be repatriating their gold back  to Germany, and the political rhetoric that followed.

In what could be a watershed moment  for the price, provenance, and future of physical gold, not to mention  the “stability” of the entire monetary regime based on rock solid,  undisputed “faith and credit” in paper money, German Handelsblatt reports in an exclusive that the long suffering German gold, all  official 3,396 tons of it, is about to be moved.

Specifically, it is about to be  partially moved out of the New York Fed, where the majority, or 45% of  it is currently stored, as well as the entirety of the 11% of German  gold held with the Banque de France, and repatriated back home to Buba in Frankfurt.

Andreas Dobret, member of the Executive  Board of the German Bundesbank, dismissed suggestions that the gold would be repatriated as “a discussion which is driven by irrational  fears,” adding, “the Bundesbank will remain the Fed’s trusted partner in  future, and we will continue to take advantage of the Fed’s services by  storing some of our currency reserves as gold in New York.”

Since a significant proportion of that  gold is now being moved out of the New York Fed, are we to assume this  “trust” no longer exists?A month prior to Dobret’s statement — which was made directly to the New  York Fed’s Bill Dudley — the Bundesbank stated it would “continue to  keep gold at international gold trading centers” because that gold could  be “pledged with the Federal Reserve Bank as collateral against US  dollar-denominated liquidity.”

When Venezuelan President Hugo Chavez ordered the repatriation of 85% of the country’s bullion reserves from  European Banks, most of which was held with the Bank of England, the  move was dismissed as “unnecessary and expensive,” with others accusing  Chavez of acting out of paranoia. The reaction to Germany’s decision to do  almost precisely the same thing is likely to be more muted so as not to  start a stampede of other countries seeking to mimic the Bundesbank’s  actions.Germany is the second-largest gold holder in the world.

“This is a momentous development, one which may signify that the regime of mutual assured and very much telegraphed — because if the central banks don’t have faith in one another, why should anyone else? — trust in central banks by other central banks is ending.” — Zero Hedge

In the end, the criminals always turn against each other. This could be a sign this process is already under way.

I would have to agree with this assessment by Zero Hedge, especially on the heels of the “gold is money” announcement two months ago regarding the Basel III accord, which should have gone into effect  as of the first of the month. (I haven’t seen any official announcement  regarding this, but I would expect we should get clarification on this  within the next few weeks.)

Taking into account the timing of these  two events — how close they are in proximity to one another — appears to  be very bullish for gold. Yet our gold price for the moment seems  to be caught in a very boring but tight trading range with little in the  way of news to drive us significantly one way or the other. However, this can change rather quickly.

As I try to keep a balanced perspective  on where precious metals prices are headed, I often do a quick “T”  account analysis, listing the reasons why precious metals prices are  going higher on the left side of the “T,” and lower on the right side of  the “T”.I try to think of everything I can for  each case, and then look at which argument is more compelling at any  particular juncture…At the moment, the odds are stacked in  gold’s favor for moving higher in the bigger picture — but lower in the  short term, due to governmental interference, which appears to be  excessive as of late. (When this happens, it is usually a sign precious metals will soon go higher). To think the government intervenes in the  precious metals markets should come as no surprise, as they lie about and manipulate just about every piece of economic and financial data  they report.

I don’t speak much about government rigging of markets because, in the end, anyone who tries to manage a market always loses. But it is important to understand this is  part of the process of being an investor in an asset that is basically despised by government. When you are running a fraudulent fiat  currency scam, a rising gold price exposes the fraud and signals investors and citizens to protect themselves from government devaluation  by owning the yellow metal.

Politicians typically hate gold or the  thought of backing a currency with gold because it keeps them  accountable to the people.

Matt Taibbi, the reporter from Rolling Stone Magazine who recently wrote a scathing commentary on the 2008 government bailout lies, said the following:

But the most appalling part is the  lying. The public has been lied to so shamelessly and so often in the  course of the past four years that the failure to tell the truth to the  general populace has become a kind of baked-in, official feature of the  financial rescue. Money wasn’t the only thing the government gave Wall  Street – it also conferred the right to hide the truth from the rest of  us. And it was all done in the name of helping regular people and  creating jobs. “It is,” says former bailout Inspector General Neil  Barofsky, “the ultimate bait-and-switch.”

The bailout deceptions came early, late and in between. There were lies told in the first moments of their  inception, and others still being told four years later. The lies, in  fact, were the most important mechanisms of the bailout. The only reason  investors haven’t run screaming from an obviously corrupt financial marketplace is because the government has gone to such extraordinary lengths to sell the narrative that the problems of 2008 have been fixed. Investors may not actually believe the lie, but they are impressed by how totally committed the government has been, from the very beginning, to selling it.

It’s all just a pile of lies and grand deceptions to keep the people in the dark. 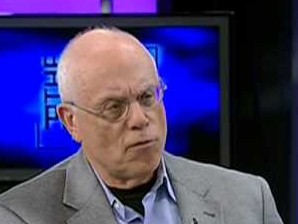