Q.: The subtitle of the book, “Investigations of Fascism in America,” evokes extremist trends that the country has never quite lived down – the Red Squads of the 1920s, McCarthy, the rise of America First, Birch Society, Liberty Lobby, Aryan Nations, and so on. But these movements were as sporadic as they were politically anomalous. Fascism is widely considered to be a European invention, conceived by Mussolini, advanced by Hitler. Why did Mae Brussell maintain that the country that defeated Hitler, ended the Holocaust, has itself succumbed to fascism? 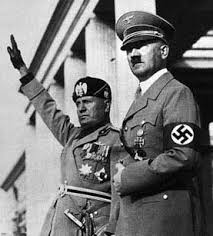 A.C.: The rise of Mussolini and Hitler had the same roots as the domestic far-right movements that you mentioned. Il Duce coined the term “fascism,” so he reserved the right to define it any way he pleased. He defined it as an unbridled "corporate" extension of politics. It was that simple. He didn’t dress up the definition with political violence, ethnic intolerance, nationalism, military belligerence, and so on. Liga Industriale gave rise to Mussolini in 1920. I.G. Farben, Thyssen-Krupp-Voegeler-Flick and other German military-industrial concerns quietly financed Hitler and the proto-Nazi Party. IF you read the Munich Post from the 1920s, you’ll find that the NSDAP’s leader was very well-off, rode around in limos, wore a top hat. Forty percent of early Nazi activity was devoted to propaganda, and Hitler’s mass persuasion apparatus was also well-funded – by corporate backers who feared the rise of socialism and encouraged fascism to quell the leftist tide in Europe.

American industry and finance also played a role in the birth of fascism in Europe. These connections were drawn in the ‘30s and ‘40s by journalist George Seldes, whose books ended up in used bookstores after the war, waiting for Mae Brussell to come along in the ‘60s to trace financial-industrial-military lines into the present and expand on them.

On campus, students are taught that fascism swept through Europe in a period of economic trauma after the first devastating world war, and that Hitler was a hypnotic speaker. His skill as an orator is said to account for the rapid rise of a highly irrational political system with no apparent financial underpinnings, bent on mass murder, resulting in the deaths of some 50 million people worldwide. Somehow, Hitler single-handedly created a massive military machine from the scraps of WW I, intent on dominating the world.

Mae Brussell, a housewife in Los Angeles in the early ‘60s, had been taught this version of history, too, and may well have believed it until an act of political violence dug under her skin and wouldn’t let go – the assassination of John Kennedy. She listened to the official explanations, examined the forensic evidence, followed the Warren Commission hearings, read authoritative reports on Oswald, and like most Americans considered the government’s explanation unpersuasive.

Several years of research led her to the study of fascism, particularly after WW II. Oswald had been involved with a network of far-right extremists, some of them White Russians, some of them Birchers with ties to the Third Reich. She discovered that the CIA and American military had made a postwar pact, that the Nazis recruited by the Army’s Counter-Intelligence Corps and CIA had burrowed deeply into establishment Cold War American politics.

And that establishment was, naturally, corporate. Farben-Thyseen-Krupp et al., the military-industrial complex behind Hitler, had intentionally, before the war, established ties with companies in the United States with patent licensing, processing and marketing agreements, and so on, that rendered their financial interests mutual. Farben and Standard Oil were, in effect, one international business concern. The Morgan banking interests on Wall Street and Fritz Thyssen’s in Austria were intertwined -- both profited from the rearmament of Germany, the rise of Hitler, WW II and the Holocaust.

It can’t be said that fascism was strictly a European phenomenon with branches in Asia and the Middle East. True, Germany’s military was defeated, but not its mega-corporate base or the secret state that the German and American partnership fostered. Fascism, like the multinational behemoths behind it, crosses all international boundaries. It is also intrinsically conspiratorial, and this is why Mae was often identified as a “conspiracy theorist” by those who didn’t stand on a foundation of research as she did.

Q.: You say that she found that the far-right was responsible for the murder of Kennedy, including local intelligence officials and recruits from Nazi Germany. Her research on the assassination in Dealey Plaza evolved to bring about Watergate, Iran contra and a litany of other political scandals …

A.C.: She had a deep understanding of the Kennedy assassination – her hand-written notes cross-referencing the Warren Report alone numbered over 30,000 pages. She spent years on it, and couldn’t help but notice, as she explained in a radio interview in 1971, a system set up after the assassination “to bring in more repression.” The criminality itself evolved, “and then in 1968, after the assassination of Robert Kennedy, national security and wire-tapping and surveillance increased even more.”

This trend continues to the present day with the NSA’s megadata mining. 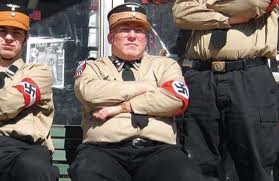 Mae often repeated mnemonic, bumper-sticker mantras to underscore her message. She often observed, “the past affects our future and the present.” A shot in Dallas reverberates decades later. Two Kennedys were murdered to pave the way for Nixon. They stood in his way. Once Nixon – who, like Hitler, was mistaken as a comical figure by the left early on, but proved to be truly venal – obtained executive power, that single bullet in Dallas went on to kill millions in Vietnam. Latin America, Afghanistan, Iraq.

Dallas constituted a military-industrial takeover. A decade later comes Watergate, and it wasn’t an isolated event. Mae understood that when she opened the newspaper after the scandal broke, and found a paragraph-long news item in the Washington Post listing the names of the crew charged with breaking into the DNC. She recognized the names. They had been involved in the Kennedy assassination. Continuing research led her to a seminal article in Paul Krassner’s The Realist on the Watergate scandal, and it comprises a chapter in the book. The article traces a network of connections from Dallas to the Watergate Hotel, among other significant revelations.

Anyone with time and the inclination to know the truth can dig into virtually any national political scandal and find similar connections. Nazi Germany had ties to Iran contra via Otto von Bolschwing, the SS official in the Gehlen spy network under CIA oversight who started up a business in the Silicon Valley, sold to Richard Secord and Albert Hakim, key figures in the scandal.

Richard Nixon had filed legal papers in the mid-‘60s that made it possible for von Bolschwing to emigrate to California.

The past affects the future and the present.

Mae often said that it was a small world, this domestic fascist underground. A relatively small club of fascists have committed scores of atrocities over the years, and hundreds of millions have marched on their military parade ground.While most pro journalists were still scratching their heads over a routine break-in and wiretap in DC, Mae Brussell had compiled a complete analysis that included Nazis, the CIA, DIA, FBI, and a host of “conspiratorial” political murders behind the scenes.

Mae Brussell wasn’t a “theorist.” She gathered names, dates, places, drew the connections through an arduous cross-referential process. Then, once a week, she went on the air in Carmel, California and fed the raw data to her audience. The information spoke for itself. There was nothing theoretical about it.

The data itself, once pieced together, was chilling. And it had this effect because it was true. Where was the “conspiracy theory?” In the heads of her detractors, who, consciously or not, were existentially shaken by her research and driven by a psychological urgency to dissociate, “shoot the messenger,” an acutely American trait.

Q.: How relevant do you think Mae Brussell’s research is today, 25 years after her death?

A.C.: How many shrouds of the Nixon past remain to haunt us? Many of the reprobates who “served” under him are still active A few examples from her research on fascist connections to Watergate alone:

- Henry Kissinger is an Obama advisor and remains a media icon.
- Plumber Charles Colson runs a far-right theocratic “ministry.”
- Talk show host G. Gordon Liddy is in the business of perception management.
- Donald Rumsfeld killed possibly millions, left the Pentagon in disgrace and is writing memoirs these days.
- Nixon staffer Dick Cheney is responsible for the deaths of many in the recent past. The Grim Reaper refuses to die. His spawn are staking their own political fortunes on a bed of widely-publicized “conservative” lies.

If the world had listened to Mae, how many lives could have been saved? She is still obviously relevant. I can’t say the same about Rumsfeld or Cheney. 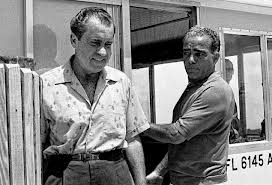 A.C.: His death didn’t stop the post-Watergate revelations concerning his criminality and vacuous character. It’s still coming out. On December 28, 2011, for example, the New York Daily News ran an article about a Nixon biography, published by Macmillan, written by former UPI Washington bureau chief Don Fulsom. The book reports that Tricky Dick “had mob ties for more than 20 years before he was elected in 1968.” Mae Brussell ran down the Mafia connections in 1971 – our attentive media are beginning to catch up with her. (Google “Operation Underworld” for the origins of organized crime involvement in American “spycraft.”) Fulsom wrote that Nixon “lusted after his best pal, dashing Cuban-American playboy Charles (Bebe) Rebozo.” Mae didn’t report that. But she did say that Rebozo was Nixon’s “CIA babysitter.”

Q.: I’ve heard for years that the CIA wasn’t chartered to operate in the U.S. How did Agency officials work around this injunction, laid out by the National Security Act of 1947?

A.C..: A series of ostensibly minor court decisions beginning in the late 1950s made it possible. That and the creation of multiple dummy fronts that Mae often stumbled across in her research. CIA recruit Reinhard Gehlen taught them how to set them up. Early instances,, she discovered in her work on the Kennedy assassination, included “the formation of Eastern European emigré groups in the U.S. to deploy against the Soviets. Both the Tolstoy Foundation and the Union of Bishops of the Orthodox Church Outside Russia were funded by the CIA. When Lee and Marina Oswald disembarked from the Soviet Union in June, 1962, they were befriended by some three dozen White Russians in the Dallas-Ft. Worth area. Many had identifiable Nazi ties; others were in the oil and defense industries.”

The Central Intelligence Agency, like the Nazis recruited by DCI Dulles after the war, is a covert branch of the corporate sector. This is why Wall Street figures so prominently in the Agency’s history, and why Big Oil and defense contractors in Dallas turned out to befriend Oswald.

To Order the Book: