“… Jeb was also integral in securing a number of ‘pardons’ of Cubans involved in terrorist acts. A prominent example was his intervention to help release Cuban terrorist Orlando Bosch from prison and grant him US residency. …”

Over the years various researchers and investigations have suggested, even asserted at times, that as Vice President [H. W.] George Bush, along with some of his national security advisers, maintained close ties with a secret air-re-supply operation in El Salvador during the Reagan years. In October 1986, a week after the Nicaraguan government shot down a plane carrying supplies for the Contras, front page press reports actually announced that the operation led to both the CIA and Bush.

When it was revealed that Contra resupply project Chief Felix Rodriguez met several times with Bush and a key aide, the VP claimed they didn’t discuss Nicaragua. That actually worked! But here’s where it gets really interesting: the trail also led to the vice president’s son, Jeb. According to the Manchester Guardian, Jeb Bush “long acted as a liaison man with the fiercely pro-Contra, anti-Cuban and Nicaraguan settlers in Miami.”

Yes, this is the Republican “establishment choice” for 2016.

When the Iran-contra scandal began to break in October 1986, mainstream sources like CBS Evening News and the Miami Herald quoted unnamed officials as saying that Jeb Bush had served as his father’s chief point of contact with the contra rebels. Jeb’s denials were narrow. He didn’t deny being his father’s liaison to the contras, only the idea that he had participated “directly” in the illegal contra resupply effort directed from the White House.

And yet, like Keyser Soze, such stories just vanished. George Bush, by then heir apparent to Reagan, was insulated from probing questions as he campaigned for president for the next two years. The one person who connected the CIA, NSA and the mercenary forces on the ground. Instead of being investigated he became president.

Robert Parry, an Associated Press reporter who investigated the Reagan-Bush administration’s secret support for the Contras, confirms Jeb Bush’s association with Contra supporters operating out of Miami. More recently, he recalled that one Nicaraguan businessman with close ties to both Jeb and the Contras told Parry that Jeb Bush was involved with a pro-Contra mercenary named Tom Posey, who was organizing groups of military advisers and weapons shipments. In 1988, Posey was indicted along with several other individuals on charges of violating the Neutrality Act and firearms laws. The charges were dismissed in 1989 when a federal judge ruled that the US was not “at peace” with Nicaragua.

Jeb was also integral in securing a number of “pardons” of Cubans involved in terrorist acts. A prominent example was his intervention to help release Cuban terrorist Orlando Bosch from prison and grant him US residency. A notorious figure, Bosch was convicted of firing a rocket at a Polish ship en route to Cuba and was implicated in many other acts of terrorism, including the 1976 mid-air bombing of a Cubana Airlines plane, which killed 73 civilians.

The Cubana Airlines bombing and several other major acts of terrorism by Cuban right-wingers occurred while George H.W. Bush was CIA director and was working closely with anti-communist Cuban exiles employed by the CIA, including Rodriguez, a close associate of Bosch’s alleged co-conspirator in the Cubana bombing Luis Posada Carriles.

Bosch’s release, often called a pardon by media, was the result of pressure by hardline Cubans in Miami — with Jeb Bush as their point man. In July 2002, while he was Florida’s governor, Bush nominated Raoul Cantero, grandson of Cuba’s deposed dictator Batista, as a Florida supreme court judge despite his lack of experience. Cantero had previously represented Bosch and acted as his spokesman, once describing Bosch on Miami radio as a “great Cuban patriot.”

Cuba Confidential: Love and Vengeance in Miami and Havana recounts that in 1984 Jeb “began a close association with Camilo Padreda, a former intelligence agent under the Batista dictatorship, overthrown by Fidel Castro. Jeb was then the chairman of the Dade county Republican party and Padreda its finance chairman.” Later, Padreda was convicted of defrauding the housing and urban development department of millions of dollars.

With baggage like this, it’s hard to imagine Bush making it through the race — or just the primaries — without opening up his shady past. And as for improving relations with Cuba, at least Trump would just want his name on a casino.

Previous Article
Investigators Seek Evidence Implicating the CIA in 1976 Murder of Chilean Diplomat on U.S. Soil
Next Article
Excerpt from ‘The Devil’s Chessboard: Allen Dulles, the CIA, and the Rise of the American Secret Government’ 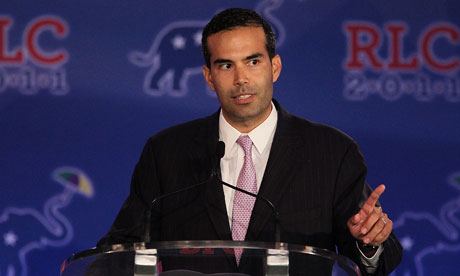