Brian Patrick O'Callaghan, 36, of Maryland, was charged with first-degree murder in the death of Madoc Hyunsu O'Callaghan. His lawyer said he is a decorated veteran who specializes in Korea for the National Security Agency and is incapable of such brutality. He said the boy's injuries were the result of a 'terrible tragedy,' not deadly abuse.

Brian Patrick O'Callaghan, 36, of Damascus, was charged with first-degree murder and child abuse resulting in the death of the boy earlier this month. He was ordered held without bond during a court appearance Tuesday as his lawyer said his client did not commit any crime and that the boy's death was a "terrible tragedy."

O'Callaghan and his wife, Jennifer, had just adopted the boy, Hyunsu O'Callaghan, in October. The couple called him Madoc, an Irish addition to his name. Cops said he died Feb. 3, and an autopsy found that he suffered a fracture at the base of his skull, bruises to the forehead, swelling of the brain and other wounds.

“An absolutely horrific crime on an absolutely innocent young victim,” said Assistant State’s Attorney Donna Fenton, according to The Washington Post. “Basically this child was beaten to death from head to toe.”

O'Callaghan, a former Marine who served in Iraq and Kosovo, is a National Security Agency worker with top-secret clearance who specializes in Korea, his attorney said. He and his wife also have a 7-year-old son, according to court documents.

Investigators were called to Children's National Medical Center in Washington on Feb. 2, where police say the boy's injuries indicated he had been beaten. The boy died the next day of multiple blunt impact injuries, which O'Callaghan could not explain or account for, according to police.

O'Callaghan told Montgomery County investigators he had been caring for the child while his wife was out of town when the boy fell backward in the shower and hit his shoulder, according to documents. The following day, O'Callaghan said, he put the boy down for a nap, but when he went to check on him, the child had mucus coming from his nose and began vomiting while unresponsive after he was picked up, police said. 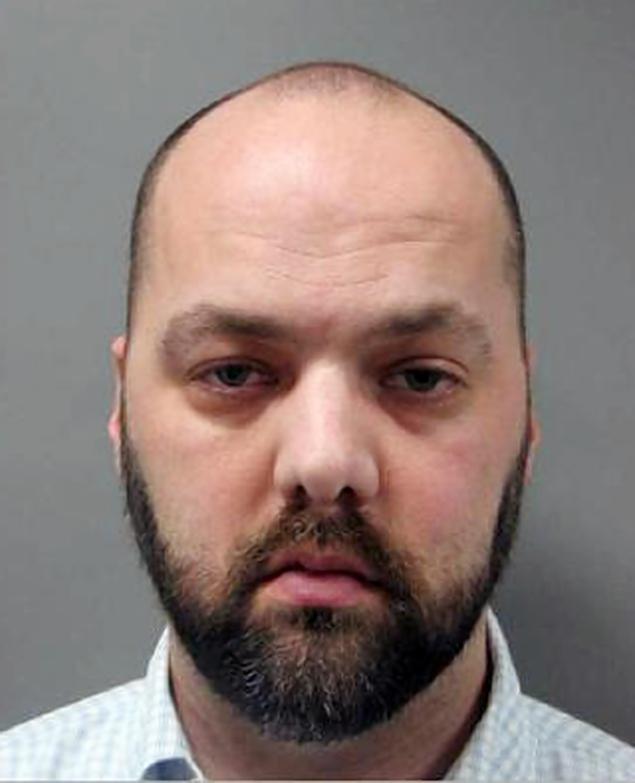 O'Callaghan said he took the boy to a hospital emergency center. Doctors became concerned that the child might be brain dead because of internal bleeding in the brain and hemorrhaging in the eyes, police said.

O'Callaghan's lawyer, Steven McCool, called the allegations of murder "unfounded." He said he disputes that the child suffered a skull fracture or multiple injuries to his head.

"My client, a decorated Iraqi war veteran, is grieving the loss of his son while fighting what ultimately will be shown to be unfounded charges," McCool said. He earned the Navy and Marine Corps Achievement Medal for his role in a firefight that helped rescue the captured soldier Jessica Lynch, according to the newspaper.

O'Callaghan's wife, parents and in-laws appeared in court during his hearing Tuesday.

“He has the unwavering support of his family,” McCool told the Washington Post. “They know he is incapable of committing the crimes alleged.” O'Callaghan was ordered held without bond during a court appearance Tuesday.

O’Callaghan’s grandfather, who attended the boy's wake on Valentine's Day, couldn't fathom that the NSA agent was capable of such brutality.

“I find it impossible to believe,” William Rose, O’Callaghan’s grandfather, told the Washington Post. “Because he’s worked so hard to get this baby. He was so loving with him. He’s been so wonderful with his other child. I’ve never seen him do anything that would make me believe he is capable of that.”

The NSA did not immediately return an email seeking comment.

An obituary posted on the website of the Frederick News-Post spelled the boy's name as Madoc Hyeonsu O'Callaghan and said he was born in South Korea. The child was described as a "smiling, content, and loving son and brother" who adored his dog Buddy.

"He loved his dogs, his big brother Aidan, and anything his parents made for him to eat. He wasn't dealt the simplest hand in life, but he found something to love in it every day," the obituary said.