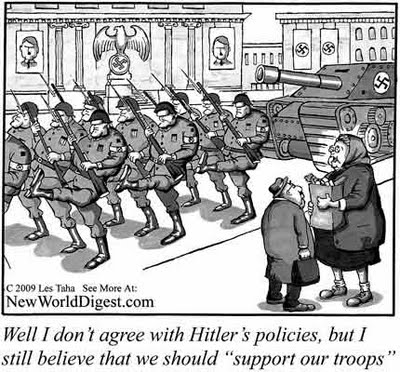 Port Militarization Resistance (PMR) is a grassroots coalition of individuals who oppose the use of our ports in the service of imperialism and war. PMR works to block the military’s use of local ports through direct action campaigns, community education and outreach.

As widely reported, PMR and other anarchist and anti-imperialist groups in the Northwest recently exposed an infiltrator (John Towery II) who worked with the military at Fort Lewis and the Pierce County police. Working undercover, Towery had been deeply involved with several anti-war groups and had attempted to disrupt PMR organizing activities for nearly three years.

PMR celebrates these apparent successes while remaining organized and committed to readiness should shipments in the Puget Sound recommence. KteeO, longtime PMR participant and Olympia resident asserts that “through community cooperation, community education and innovative direct action ideas, participants with PMR have remained vigilant and will continue to show solidarity for future actions, regardless of where they are and how their communities decide to act.”

PMR recognizes that organizers locally, in Texas, and in other communities across the country are engaged in a shared struggle against the militarization of our ports and continued US imperialism.
---
Editor’s note: Just as during the Vietnam war, spy agencies will continue to conduct undercover surveillance on peace groups. Organizers should assume that there are spies in their midst without letting their organizations fall into a witch-hunting mode. An excellent reference for how to manage peace groups under such conditions can be found in the short book “War at Home: Covert action against US activists and what we can do about it” (South End Press) by Brian Glick and Abbe Smith.