For three years, the Federal Bureau of Investigation and the Department of Justice have refused to investigate material evidence of a nationwide criminal racket that has allegedly infiltrated state and federal courts and is unlawfully manipulating and exploiting litigants in bankruptcy, family and probate courts.

According to court documents filed in Chicago, the FBI and DOJ turned a blind eye to retaliation against citizens who attempted to expose the corruption, including

“kidnapping of children, false incarceration after being ‘framed’ by criminal elements in civil and criminal authorities, impoverishment, coercion under duress, and serious physical injury up to and including death.”

The 2006 affidavit claims that “multiple judges and lawyers are aware of and/or involved in alleged criminal acts,” but have not reported wrongdoing to authorities in violation of the Rules of Professional Conduct. It specifically mentions four federal judges, including Eugene R. Wedoff, who was appointed chief bankruptcy judge of the Northern District of Illinois in 1986.

Judge Wedoff presided over the 2005 bankruptcy of United Airlines, in which 20 large unsecured creditors lost nearly $18 million. The airline also defaulted on $3.2 billion worth of pension obligations for over 134,000 United employees –the largest pension default in three decades – while its top executives walked off with millions in exit bonuses. 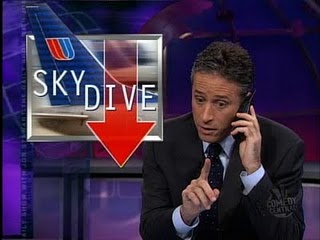 Dan Hanley, public spokesperson the Whistleblowing Airline Employees Association (www.airline-whistleblowers.org) and a former United 777 captain who was forced out of his job, alleges that United management fraudulently withheld information from the Pension Benefit Guarantee Corporation, which took over their pensions, and that PBGC never conducted the federally mandated analysis of the United pension fund before agreeing to its termination. The Securities and Exchange Commission has recently agreed to look into the matter.

The court affadavit also accuses Wedoff, who recently suffered a mysterious fractured skull, and other allegedly crooked judges of squirreling away $40 million in bribes at LaSalle National Bank in Chicago, Wells Fargo and Northern Trust Bank in Arizona. The affadavit further claims that payoffs to Wedoff eventually wound up in the ERW Living Trust, which purchased Lot 114 of Greenfield Place in Maricopa County, Arizona. The signature of ERW trustee “Richard E. Williams” is allegedly identical to Judge Wedoff’s.

The affidavit further charges that the criminal racketeering enterprise headquartered in Phoenix hacked into INSLAW, a court software program, and “through the systematic code-based creation of fraudulent documents and identity theft,” illegally hijacked it to funnel stolen private and government funds into two trusts – Omega and Anchor Pure Trusts – which ultimately dispersed the hot cash into personal trusts such as ERW, which then used fake mortgages for property that had already been bought with cash to further launder the money.

“Multiple lawyers of prominent law firms are allegedly members” of the racket, which uses phony federal marshal credentials to gain access to the Federal Court Building in Chicago, according to the affidavit.

Another signed affidavit, filed by court qualified document examiner Sidney Perceful, accused Wedoff of allowing a bankruptcy trustee to confiscate and destroy records and transfer “large sums of money” to his account at La Salle, which she called “highly irregular and illegal.”

These allegations, if true, point to a massive criminal infiltration of the federal court system. But so far, neither the FBI nor DOJ have bothered to look into them. The big unanswered question is: Why not?