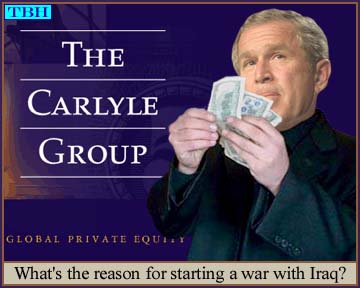 Synagro is wholly owned by the international Carlyle Group, one of the world’s largest private equity firms, with more than $82.7 billion under management in 21 countries, and close ties to the Bush administration and its wars.

“No to Synagro, no bribery, no cuts, Detroit won’t go to the back of the bus,” chanted the protesters. They were referring to the ongoing bribery scandal involving alleged pay-offs to city officials and community leaders by representatives of Synagro and a subcontractor.

Southwest Detroit resident Denise Monroe Hearns, CEO of 48217, Inc., said, “This is so disheartening. All our environmental groups except one fought Synagro, and we were proven to be right. We laid out to the City Council and everyone the Synagro-Carlyle connection, but they ignored us and voted for privatization.”

Wastewater Treatment plant worker Cynthia McKissack added, “Our people have been working here, many for over 20 years, and are extremely competent and able to do the work Synagro wants to do. This bribery scandal gives us the opportunity to undo this contract.”

George Washington, attorney for the workers, said that they plan to file a lawsuit within the week to force the council to rescind the contract. It would take a three prong approach, citing the City Charter, which prevents the sale of Water Department assets without a vote of the people, the anti-privatization ordinance, and commission of alleged fraud in the contract procurement.

“If the city council has any self-respect left at all,” said Michael Mulholland, “it will get rid of Synagro.” Mulholland is secretary-treasurer of Local 207 of the American Federation of State, County and Municipal Employees, which represents WWTP workers.

Councilwoman JoAnn Watson said she asked July 8 that the Law Department and the Research and Analysis Division come back with ways to legally void and reconsider the contract. She said her colleagues did not object.

“We ought not to be rewarding people for inappropriate conduct,” said Watson. “This is mind-boggling.”

The daily media has reported that the FBI is investigating city council members who voted for the contract last November. It passed with a 5-4 vote. Those voting for the contract included Conyers, Sheila Cockrel, Barbara Rose-Collins, Martha Reeves, and Alberta Tinsley-Talabi. News reports have also implicated Mayor Kwame Kilpatrick because Synagro representative James Rosendall donated $10,000 to his campaign.

Allegedly under investigation and on video tape accepting money are an aide to Council President Ken Cockrel, Jr. and President Pro-Tem Monica Conyers herself.

Cockrel, Jr. has said he is not a target of the investigation, since he voted against the contract. But his vote was not pivotal to the outcome. Conyers had done a complete flip-flop on her position, voting yes after campaigning strongly against Synagro, carrying Reeves with her.

Sources close to the investigation do say that Ken Cockrel, Jr. asked Rayford Jackson to provide celebrity entertainment for his birthday party, an event that never materialized.

“Your source is full of sh*t,” Cockrel, Jr. said. “I never met Rayford Jackson, didn’t even know what he looked like until I saw his picture in the paper…It is absolutely untrue.”

Jackson lobbied the council for the contract promising that his company’s involvement with Synagro meant 30% minority participation in the deal.

Jackson is under investigation and his live-in companion, TV 2 news reporter Fanchon Stinger, has been on leave from Fox News since the story broke. Also swept up in the probe are community leaders including the Rev. Wendell Anthony of the NAACP, Paul Taylor of the Inner City Sub-Center, and Sandra Young of Operation Get-Down, which was founded by Wayne County Commissioner Bernard Parker, among others.

Several community leaders supported the contract, arguing it would create jobs for Detroiters. However, union representatives said at least 140 Detroit city jobs would be eliminated. Synagro reportedly promised it would also donate $50,000 to the community.

The Carlyle group’s ownership of Synagro sent up red flags, because of its ties to the federal government. The contract deal opens the door for FBI penetration into both Detroit’s government and community organizations, after Synagro got the contract signed, sealed and delivered.

The FBI has reportedly tapped phone lines, including the cell phone of then Conyers’ chief of Staff Sam Riddle, who told other media outlets that he refused to cooperate by wearing a wire. He is no longer employed by Conyers. The FBI is also reportedly looking into bank accounts and other financial matters involving numerous individuals.

Rayford Jackson, head of the R.A.S. Development Group, and the son-in-law of well-known architect Harold Varner, convinced many of the community leaders to support the contract. Jackson donated $2,000 to the Bush-Cheney campaign in 2004, and $1,000 to Republican congressman Joseph Knollenberg. While he gave $1,000 to Democrat Debbie Stabenow, he did not contribute to the Kerry campaign.

Jackson’s company carries out its business from Varner’s office. Synagro will keep an additional 30% of the contract payments since Jackson has been allegedly cut out of the deal. His firm’s elimination is a possible way for the city council to rescind the contract, since Jackson was the “minority” participant in the contract.

Synagro also fired Rosendall, but the two men’s status with the Carlyle Group remains unclear. Rosendall received Synagro stock as partial payment when they bought his company in 1999.

The Carlyle Group, is reportedly not being investigated by the FBI.

Despite the daily leaks to the media, FBI representatives would not comment on any ongoing investigation.

Rosendall has ties with Gov. Jennifer Granholm, who appointed him to the Michigan Department of Transportation board, and Synagro’s attorney Alvin Thomas sits on the Democratic National Committee.

“Didn’t they watch Fahrenheit 9/11?” asked Mulholland. That film by Michael Moore exposed current President George Bush’s ties with Carlyle, the bin Laden family, and funding for the wars in Afghanistan and Iraq.

“The no-bid contract with this murderous war profiteer should never have been considered,” Mulholland said. “It will cost the city $47 million a year for 25 years, with a five-year instant extension. It will cost more for the city to add additional lime to the sludge for the Synagro process. The city will pay all utilities, and there is a built-in cost-of-living increase of 2.5 percent a year.”

Mulholland said the Synagro process, which is unpatented, will likely reduce hazardous emissions in the burning of sludge, but said the city could carry out the process itself. The city claimed it was saving only $5 million a year through the contract by eliminating city positions.

Additionally, a report by the Service Employees International Union (SEIU), which demonstrated at Carlyle’s Washington headquarters last December, says Carlyle’s acquisition of Synagro sheltered it from many regulations.

“By taking Synagro private in an April 2007 leveraged buyout worth $772 million, Carlyle is able to avoid requirements that Synagro provide to the public, shareholders, and federal agencies (such as the SEC) certain information about its business practices,” the union said in a release.

“As a result of the buy-out, Synagro may no longer be required to disclose publicly the existence of regulatory inquiries or legal complaints against the company resulting from health hazards caused by Synagro products and product distribution. Private equity buyout firms such as the Carlyle Group are not required to publicly disclose information about the business practices of the companies they own.”

After the November City Council vote, Synagro “bought” the no-bid contract from Wisconsin-based Detroit Minergy, LLC. Minergy was financially unable to meet heightened environmental requirements after numerous protests by community and union members, and extensive reports in the Michigan Citizen beginning in 1999.

At the time the Minergy contract was passed, the Citizen exposed Minergy’s close ties to officials in Mayor Dennis Archer’s administration, and a Minergy contribution to Councilwoman Sheila Cockrel, among other matters.

What’s Mercado got to do with it?

Councilwoman Brenda Jones said in Feb. 2007, “We know [former DWSD] director Victor Mercado. His whole reputation is based on privatizing government entities nation-wide. The city has gone on record that we don’t want to privatize our water department or our lightning system, and that is also against the law.”

Mulholland asked, “Was this behind Mercado’s abrupt departure from DWSD?” Mercado has disappeared, although he said he had taken a job with a municipality in Florida, which has no city council.

There is also an R.A.S. Development Group—the name of the Rayford Jackson listed in Coral Gables, Fla., among numerous other locations across the country.

Synagro has also been the subject of lawsuits across the country targeting its business of applying treated sewage sludge as fertilizer. Activists in the South Bronx, New York City, said the company caused odors, fires and explosions. When they bought stock and pursued shareholders’ options, the company was bought up by $87 billion private equity firm, the Carlyle Group, freeing Synagro from any public scrutiny.

An email to the Caryle group press room for comment (no phone number is provided on their website) had not been answered by press time.

Teresa Kelly contributed to this story.

A union lawsuit to void $1.4 billion Synagro pact will argue:

• Vote of people is necessary to sell assets

In 1999, in response to then Mayor Dennis Archer, the city council approved a no-bid sludge deal with Wisconsin-based Detroit Minergy, LLC.

At the time the Minergy contract was passed, the Citizen exclusively exposed Minergy’s close ties to officials in Mayor Dennis Archer’s administration, and a Minergy contribution to Councilwoman Sheila Cockrel, among other matters.

However, Minergy was financially unable to meet Michigan’s heightened environmental requirements and the sludge contract remained in limbo for eight years.

Carlyle Group’s Synagro picked up that same no-bid contract and secured approval from the current city council based on the minority participation of Detroiter Rayford Jackson’s firm, R.A.S. Development Group.

The city deal with Synagro:

• Was a no-bid contract.

• Requires city to pay all utilities.

• Is a pact with war profiteer.

Previous Article
Stevens Scandal Goes National
Next Article
“If I Were a Betting Man, I’d Wager that Cheney Was Behind the Anthrax Attacks”

“If I Were a Betting Man, I’d Wager that Cheney Was Behind the Anthrax Attacks”
Aug 09