Secret Files: Obama and Holder Remove Restrictions on Gathering and Keeping Data about All Americans 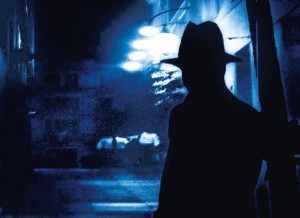 Even as the Obama administration goes full speed ahead on its version of the Bush administration’s supposedly defunct “total information awareness” program by building a massive complex in the Utah desert that will intercept, analyze and store communications from around the world, including the U.S., last week it approved guidelines allowing the government to retain private information about U.S. residents for up to five years–even if they have no known connection to terrorism.

Previously, the National Counterterrorism Center (NCTC) had 180 days to destroy any information about U.S. citizens or residents unless a connection to terrorism was evident. The NCTC, established by the 2004 Intelligence Reform and Terrorism Prevention Act, collects data from many agencies and maintains access to about 30 data sets across the government.

Administration officials defended the guidelines by arguing that they are aimed at ensuring that relevant terrorism information is accessible to analysts, while guarding against privacy intrusions by, among other things, allowing agencies that share data with the NCTC to negotiate to have the data held for shorter periods.

Nevertheless, civil liberties advocates voiced alarm. Michael German of the American Civil Liberties Union cautioned that “watering down the rules raises significant concerns that U.S. persons are being targeted or swept up in these collection programs and can be harmed by continuing investigations for as long as these agencies hold the data.”

Intelligence officials have indicated that the government has been working on the new rules since the intelligence community’s failure to connect the dots about Umar Farouk Abdulmutallab, the so-called “underwear bomber,” before his Dec. 25, 2009, failed attempt to bomb a Detroit-bound airliner.

U.S. Relaxes Limits on Use of Data in Terror Analysis (by Charlie Savage, New York Times)

The NSA Is Building the Country’s Biggest Spy Center (Watch What You Say) (by James Bamford, Wired)

Inside the FBI’s Shameful Battle To Shield Nazis
Nov 19

Inside the FBI’s Shameful Battle To Shield Nazis