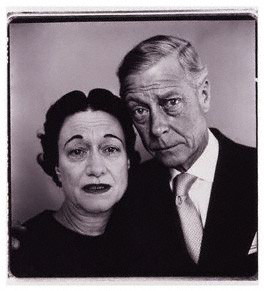 In December 1940, as war raged in Europe and Britain battled Hitler in lonely isolation, ­American journalist Fulton Oursler received an unexpected summons to the Bahamas. He had been invited to conduct a rare interview with the islands’ governor, the former King Edward VIII, ­officially known since his abdication four years earlier as His Royal Highness the Duke of Windsor.

As an officer in the British Army as well as a dignitary of the British Empire and brother of King George VI, the Duke might have been expected to fly the flag for his embattled ­country. Instead he gave Oursler a eulogy to Hitler. The former British monarch told the journalist it would be tragic for the world if the Nazi ­dictator were overthrown. Hitler was not just the right and logical leader of the German people, the Duke insisted, he was also a great man. As Oursler tried to grasp the ­enormity of what he was hearing the Duke asked him: “Do you suppose that your President would consider intervening as a mediator when and if the proper time arrives?” The American understood that he was being asked to carry a message to President Roosevelt, with whom he was on good terms, but he was not certain what it was. As he was leaving the Duke’s aide-de-camp spelt it out. He instructed Oursler:

“Tell Mr ­Roosevelt that if he will make an offer of intervention for peace, that before anyone in England can oppose it, the Duke of Windsor will instantly issue a statement supporting it and that will start a revolution in England and force peace.” 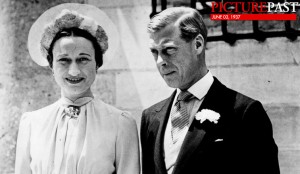 Fortunately Roosevelt would have no truck with the Duke’s treacherous scheme. He had already placed Edward and his American-born wife, the former Wallis Simpson, under FBI surveillance when they paid a visit to Miami. Newly declassified FBI papers revealed in a documentary this week on Channel Five show the Americans’ scathing assessment of the royal figure who had once been the glam­orous darling of the British Empire. “The British government were anxious to get rid of the Duke of Windsor, first and foremost because of his fondness for Nazi ideology,” the 227-page report concludes. “The Duchess’s political views are deemed so obnoxious to the British government that they refused to permit Edward to marry her and maintain the throne.” As far as the British public was concerned the former Edward VIII had renounced the throne in 1936 because he was in love with a twice-divorced woman and could not marry her while ­remaining king. This had indeed presented a constitutional problem – a divorcee could not enter the Royal Enclosure at Ascot, let alone become Queen – but it is now generally accepted by ­historians that there were much larger issues at stake. The British government was certainly right to consider the Duke a liability. Indeed so blatant was his behaviour in passing information to Britain’s enemy in time of war that the term “traitor” would not go amiss. Initially the problem was his temperament. As the dashing young Prince of Wales he had toured the British Empire with immense success, bringing the kind of star quality to the monarchy matched only by Princess Diana half a century later. Behind the scenes however he was a worry – delighting in affairs with married women and capable of remarkable callousness. One of his private secretaries Alan Lascelles confided to prime minister Stanley Baldwin that he sometimes thought it would be best for the country if Edward fell off his point-to-point horse and broke his neck. “God forgive me,” replied Baldwin, “so do I.” 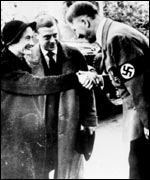 By the mid-Thirties the rise of Adolf Hitler in Germany presented a far greater challenge for those who worried about Edward’s suitability for the throne. Thanks to his great-grandfather Prince Albert and his mother Queen Mary, not to mention his Hano­verian ancestor King George I, the Prince of Wales was as much ­German as he was English and so comfortable with the German ­language that he sometimes referred to it as his mother tongue. Since the First World War the monarchy had glossed over this aspect of its lineage. Edward’s father King George V had changed the family surname from Saxe-Coburg-Gotha to Windsor and the family had been at pains to reinvent themselves as British to the core. But Edward’s Germanophile instincts would not be suppressed. Now, with a belligerent new leader in Berlin threatening to rip up the Treaty of Versailles, those sympathies posed a serious problem – particularly when King George V died in January 1936. Edward inherited the throne as a hugely popular new king – and set about meddling in government policy. This was in defiance of all convention but that didn’t stop Edward. He took to calling the ­German ambassador directly – a clear breach of constitutional protocol and one with serious practical consequences. When Hitler made it clear he meant to send his forces back into the demilitarised Rhineland the government expressed its opposition. Edward should have stepped back. Instead he threatened to abdicate if Hitler’s advance was stopped, compounding the harm by phoning the German ambassador to tell him he had done so. “The reassurances from Edward that Britain wasn’t going to fight were crucial,” says Professor Jonathan Petropoulos, author of Royals And The Reich. “Hitler had an ace in the hole, as we would say in American poker, knowing what he did from Edward at the time.” In that context the abdication at the end of 1936 came as a godsend to the government. But even off the throne the Duke of Windsor posed an ongoing problem. The FBI files show that at a party in Vienna in June 1937 – the month he married Mrs Simpson – the loose-tongued Duke told an Italian ­diplomat that the Americans had cracked Italy’s intelligence codes. Four months later the Duke and Duchess paid a high-profile visit to Germany where the Nazi regime fawned on him. They met Hitler, who saw the value of ­cultivating an ally once so intimately involved with British affairs. Nazi propaganda chief Joseph Goebbels wrote of the Duke: “It’s a shame he is no longer king. With him we would have entered into an alliance.” Even the declaration of war was not enough to make the Duke sever his Nazi connections. He was made a major-general and stationed in France but he continued to ­communicate with the enemy. In January 1940 the German minister in The Hague wrote that he had established a direct line of contact to the Duke. This line of contact proved crucial to the tragic fate of France. From the Duke the Germans learned that their plans for the invasion of France had fallen into Allied hands. This intelligence allowed Hitler to change his plans and catch the Allies by surprise. France fell. The FBI papers also reveal that the Duchess of Windsor was in ­regular contact with the Nazi foreign minister Joachim von Ribbentrop, whom the Americans suspected of being her former lover. After the fall of Paris she and the Duke hopped from Biarritz to Madrid to Lisbon, shamelessly consorting with wealthy fascist sympathisers. In Portugal Edward committed what may have been the worst act of his shabby career. In July 1940 the German ambassador in Lisbon passed a message to Berlin saying: “The Duke believes with certainty that continued heavy bombing would make England ready for peace.” The former king was urging the bombardment of his own people. P rime Minister Winston Churchill understood the danger he posed and was desperate to get him back to Britain, at one stage threatening him with court martial if he refused. In the end sending him to govern the Bahamas – a humiliating posting which both the Duke and Duchess detested – proved the most viable option. But as Fulton Oursler was to discover the former king continued to plot from the governor’s mansion in Nassau, driven by a combination of his own Nazi sympathies and his belief that a strong Hitler could help him back to the British throne. Shortly after he took up the post the Duke told one confidant: “After the war is over and Hitler has crushed the Americans we’ll take over. The British don’t want me as king but I’ll be back as their leader.” Fortunately, of course, it never happened. The Americans came into the war on Britain’s side, Hitler was crushed and the Duke of Windsor lived out an obscure retirement in Paris, where he died in 1972. His body was returned to Britain and the Nazi sympathiser who compromised Britain’s war effort at a time of national peril was accorded a full royal funeral. The conclusion of historians of the period is that it all would have been so much worse without the abdication. “Wallis Simpson saved the country,” says John Julius Norwich, whose parents Duff and Lady Diana Cooper were intimates of Edward in the Thirties. “I think that Mrs Simpson saved not only the monarchy but also the country. She is actually my ­candidate for the fourth plinth in Trafalgar Square.” Britain’s Nazi King Revealed, Channel Five, Thursday, 8pm. http://www.express.co.uk#view/113232The-Nazi-King#ixzz1BnpnBmla