And now for something completely regressive. Iran contra's Duane "Dewey" Clarridge left the CIA some 20 years ago. Today, Clarridge, a co-founder of the Counter-Intelligence Center, is a  poolside station chief, operating his private spy business from his patio in the San Diego locale.

For the past two years, the New York Times reports, Clarridge has placed agents of his personal, ah, enterprise in

the mountains of Pakistan and the deserts of Afghanistan. Since the U.S. military cut off his funding in May, he has relied on private donors to pay his agents to keep gathering information on Taliban leaders and the secrets of Kabul's ruling class.

The Times doesn't divulge the identities of the donors. What private party would pay him for doing the CIA's work in Afghanistan? Something about this doesn't add up, but that's par for Dewey's corpse-littered course.

Clarridge has his "crosshairs" fixed on Ahmed Wali Karzai, the - it's alleged - opium-drenched CIA cut-out in Pakistan, "and planned to set spies on his half brother, President Hamid Karzai, in hopes of trying to prove — perhaps with beard clippings — Clarridge's suspicions that the Afghan president was a heroin addict." Don't look at me. The Times says so, but makes no mention of Contra cocaine or the CIA's anti-war-movement-bustin' LSD, or even Gary Webb, etc., etc., etc.  ...

His dispatches — an amalgam of fact, rumor, analysis and uncorroborated reports — have been sent to military officials [again, a private citizen pays him to brief the military?] who, until last spring at least, found some credible enough to be used in planning strikes against militants in Afghanistan. They are also fed to conservative commentators, including Oliver North, a compatriot from the Iran-Contra scandal and now a Fox News analyst, and Brad Thor, an author of thrillers and a frequent guest of Fox's Glenn Beck.

Dewey Clarridge is a veritible WikiLeaks for the fork-tongued bottomfeeders at Fox News. And the Pentagon relies on Dewey's  "rumor"-packed reports for bombing runs? Is it any wonder there have been so many civilian casualties over there?

Is all this privatized espionage legal? The Times:

It shows how the outsourcing of military and intelligence operations has spawned legally murky clandestine efforts that can be at cross-purposes with America's foreign policy goals.  ...

The Pentagon official who arranged a contract for Clarridge in 2009 is under investigation over allegations of violating Defense Department rules in awarding that contract. Because of the continuing inquiry, most of the dozen current and former government officials, private contractors and associates of Clarridge's who were interviewed for this article would speak only on the condition of anonymity.

Clarridge boasts that his Eclipse Group  "may possibly be an effective model for the future, providing information to officers and officials of the United States government who have the sole responsibility of acting on it or not." 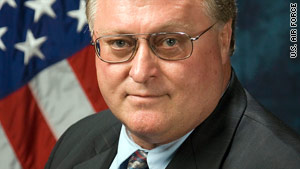 Clarridge models his spook concession after the CIA, he says, in the pursuit of "atmospheric information," or raw intelligence:

... He tries to run his group of spies as a CIA in miniature. Working from his house in a San Diego suburb, he uses e-mail to stay in contact with his agents in Afghanistan and Pakistan, writing up intelligence summaries based on their reports, according to associates.

In 2009, the security firm that Clarridge was affiliated with, the American International Security Corp., won a Pentagon contract ultimately worth about $6 million. U.S. officials said the contract was arranged by Michael Furlong, a senior Defense Department civilian with a military information warfare command at San Antonio's Lackland Air Force Base. ...Furlong, now the subject of a criminal investigation by the Pentagon's inspector general, was accused in the Pentagon report of carrying out unauthorized intelligence-gathering and misleading senior military officers about it.

Furlong channelled over $20-million in taxpayers' revenue to an “off the books” (where have I heard that before?)  assassination program in Afghanistan and Pakistan. He  is a former deputy director of the Joint Military Information Support Command and deputy commander of Joint Psychological Operations Support. Furlong took to calling DoD contractors in his employ, “My Jason Bournes”.

It is difficult to assess the merits of Clarridge's secret intelligence dispatches; a review of some of the documents by The Times shows that some appear to be based on rumors from talk at village bazaars or rehashes of news reports.

Others, though, contain specific details about militant plans to attack U.S. troops and about Taliban leadership meetings in Pakistan. Clarridge gave the military an in-depth report about the Haqqani militant group in August 2009, a document that officials said helped the military track Haqqani fighters.

Clarridge received a pardon for is role in Iran contra from GHW Bush - otherwise, it would be proper to refer to him as a convicted felon, a phrase that trips off the tongue all too rarely when discussing the Reagan-era fiasco. But Bush spoiled that little pleasure for reporters who find the CIA's mass murdering "adventures" in foreign lands unconscionable. All that's left (in the absence of justice) is the minor amusement of watching jackals like Clarridge continue to skirt the law and find it reported in the public print. And the Karzai family is icing on the cake.