On March 31, 1930, Charles Bentinck Budd was elected to the Offington ward of the West Sussex County Council.

Later that year, Budd, who lived at Greenville, Grove Road, was elected to the town council as the independent representative of Ham Ward in Broadwater.

At an election meeting on October 16, 1933, Budd revealed he was now a member of the British Union of Fascists (BUF).

He was duly re-elected and the national press reported that Worthing was the first town in the country to elect a fascist councillor.

Worthing was now described as the “Munich of the South”.

On Friday, December 1, 1933, the BUF held its first public meeting in Worthing, in the Old Town Hall.

According to Michael Payne, the author of Storm Tide: Worthing 1933-1939 (2008): “It was crowded to capacity, with the several rows of seats normally reserved for municipal dignitaries and magistrates now occupied by forbidding, youthful men arrived in black fascist uniforms, in company with several equally young women dressed in black blouses and grey skirts.” 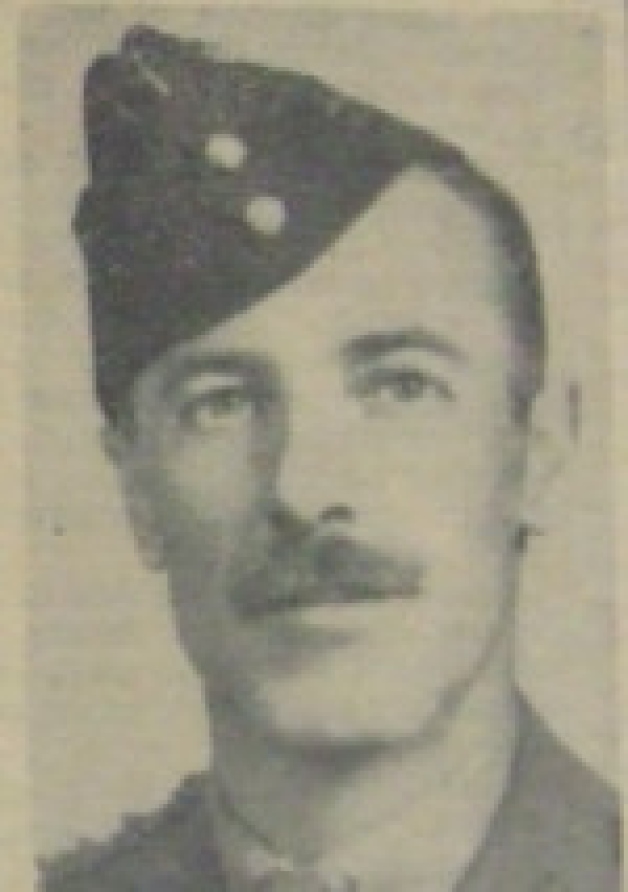 The Worthing Labour Party was very angry about the election of Budd and they passed a resolution with a view to forming a united opposition movement of the “liberal and democratic bodies of the town to meet on a common platform to combat the menace of fascism”.

It was agreed to distribute anti-Fascist literature and propaganda and to link up with kindred organisations in order to form a nationwide front against fascism.

On January 4, 1934, Budd reported that over 150 people in Worthing had joined the British Union of Fascists.

He claimed that the greatest intake had come from increasingly disaffected Conservatives. The Weekly Fascist News described the growing membership as “phenomenal”.

The mayor of Worthing, Harry Duffield, the leader of the Conservative Party in the town, was impressed with the Blackshirts and congratulated them on the disciplined way they had marched through the streets of Worthing.

He reported that employers in the town had written to him giving their support for the British Union of Fascists.

They had “no objection to their employees wearing the black shirt even at work; and such public-spirited action on their part was much appreciated.”

On January 26, 1934, William Joyce, the deputy leader of the BUF, addressed a public meeting at the Pier Pavilion. More than 900 people turned up to hear Joyce speak.

In his speech, he pledged to free British industry from foreigners “be they Hebrew or any other form of alien”.

Joyce ended his two-hour speech with: “Reclaim what is your own in the fullness of fascist victory!”

John Robert Peryer, of Allendyne, 24 Offington Gardens, a maths teacher at the Worthing High School for Boys, became one of the leaders of the anti-fascist movement in Worthing.

Along with Marion Barber, he established the International Friendship League, an organisation attempting to “foster peace and harmony between groups of young people from a spectrum of European nations.”

Peryer’s parents were themselves refugees and, along with his wife, Harriet Peryer, spent their adult life in promoting international friendship.

It was announced that Charles Budd had arranged for Sir Oswald Mosley and William Joyce to address a meeting at the Pier Pavilion on October 9, 1934.

The venue was packed with fascist supporters. The meeting was disrupted when a few hecklers were ejected by hefty East End bouncers.

Mosley, however, continued his speech undaunted, telling his audience that Britain’s enemies would have to be deported: “We were assaulted by the vilest mob you ever saw in the streets of London – little East End Jews, straight from Poland. Are you really going to blame us for throwing them out?”

At the close of the proceedings, the main body of uniformed fascists, led by Joyce, emerged from the Pavilion onto the Esplanade. It was estimated that there were 2,000 people waiting outside.

The crowd surged forward and several fights began. A 96-year-old woman, Doreen Hodgkins, was struck on the head by a blackshirt before being escorted away.

When the Blackshirts retreated inside, the crowd began to chant: “Poor old Mosley’s got the wind up!”

Chris Hare, the author of Historic Worthing (2008) has argued: “Mosley, accompanied by William Joyce, left the Pavilion and, protected by a large body of blackshirts, crossed over the road to Barnes’s cafe in the Arcade.

“Stones and rotten vegetables were soon crashing through the windows of the cafe. Boys were observed firing peashooters at the beleaguered fascists, while some youths were taking aim with air rifles.

“Meanwhile a group of young men climbed onto the roof of the Arcade and dislodged a large piece of masonry, which plummeted to earth through the arcade, landing only feet away from the fascist leader.

“Things were getting too hot for the fascists, who made a run for it, up the Arcade into Montague Street, then into South Street.

“Their intention was presumably to reach either their headquarters in Ann Street, or The Fountain in South Street, known as a ‘fascist pub’, but they were ambushed on the corner of Warwick Street by local youths.

“Hearing the row, more fascists hurried down from the Fountain to go to Mosley’s aid. Fights broke out, bodies were slung against shop windows, and startled residents threw open their windows to see a seething mass of entangled bodies desperately struggling for control of the junction between South Street and Warwick Street.”

Superintendent Bristow later claimed that a crowd of about 400 people attempted to stop the Blackshirts from getting to their headquarters.

A series of fights took place and several people were injured. Francis Skilton, a solicitor’s clerk, who had left his home at 30 Normandy Road to post a letter at the central post office, in Chapel Road, got caught up in the fighting.

A witness, John Birts, later told the police that Skilton had been “savagely attacked by at least three blackshirts”.

It was not until 11pm that the police managed to clear the area.

In August, 1935, R. G. Martin, the headmaster of Worthing High School for Boys, controversially took a party to Nazi Germany with their production of Shakespeare’s Twelfth Night.

On their return, Max Fuller, the head of WHSB’s Dramatic Society, reported that, in Germany, “Hitler is looked upon as the saviour of the country.”

R. G. Martin invited 15 members of the Hitler Youth to visit Worthing High School for Boys. They arrived in March, 1936.

The local historian, Freddie Feest, argues on his website, Worthing History: “It has since been well documented that there were ulterior motives for most such visits and that German youth with strong Nazi-influenced motivation were surreptitiously – though with various degrees of success and reliability – collecting information, documents and photographs during their tours that might prove invaluable when the time came for Nazi forces to carry out an invasion of that country.”

Mr Feest suspects the visit was arranged because members of staff were sympathetic to fascism: “So, had R.G. Martin been duped by the Nazi propaganda machine into believing such a visit was merely culturally inspired? Possibly.

“Certainly, according to several former pupils, their headmaster and at least one other teacher involved with the trip to Germany were ‘greatly impressed by and demonstrably sympathetic to’ many of the Nazi ideals projected during the two-way visits.”

Despite the efforts of people like the headmaster of High School for Boys, war broke out with Germany on September 3, 1939.

This legislation, passed on May 22, 1940, gave the Home Secretary the right to imprison, without trial, anybody he believed likely to “endanger the safety of the realm”.

One of the first people to be arrested was Charles Bentinck Budd.

While in prison, Budd’s house in Grove Road was damaged during a German air raid.