Re Operation Mockingbird in Hollywood: " ... Michael Sands, an effusive Hollywood publicist ... choked to death on a sample of meat. ... In her book “The CIA in Hollywood: How the Agency Shapes Film and Television," Texas Christian University professor Tricia Jenkins reported that Sands supported the CIA in establishing a presence in Hollywood in the mid-1990s. ... " 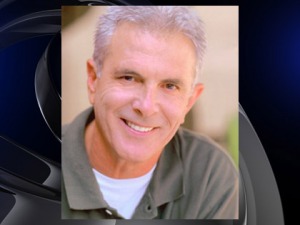 Michael Sands, an effusive Hollywood publicist, has died after a bizarre accident in the deli section of an upscale supermarket in Century City, where he choked to death on a sample of meat.

Best known as the brains behind Mr. Blackwell’s annual Worst Dressed List, Sands also was an inveterate self-promoter who claimed to be an undercover CIA operative who may have helped in the capture of Abu Abbas, the terrorist behind the hijacking of the Achille Lauro cruise ship in 1985.

“He was eating a beef sample, and since he has narrow airways due to Chronic Obstructive Pulmonary Disease, it got stuck,” his son Nick told TheWrap.

After several attempts at the Heimlich maneuver failed, Sands was pronounced clinically dead on the scene for five minutes, until paramedics revived him and transported him to Cedars Sinai. There, his son said, he was placed in an induced coma to inhibit brain swelling, a common medical procedure for brain injuries.

“He was ashen, very gray and on the floor,” said Stephen Randall, deputy editor of Playboy Magazine, who witnessed the Gelson's incident but did not know Sands. "There were no signs of life. It was terrible, awful to be present, watching a guy who I assumed was dead."

A Gelson's assistant manager who also was present declined to comment; a spokeswoman for the supermarket told TheWrap, "He has been long and valued customer and out of respect to his family, we have no comment at this time."

Sands, a Boston-area native, was born Michael Shapiro on Dec. 14, 1945. His client list included Michael Reagan, the son of President Ronald Reagan; actress Kristy Swanson; and Kevin Federline, who was involved in a bitter custody battle with his ex-wife Britney Spears, who was undergoing a series of public breakdowns.

Sands also handled a lineup of Beverly Hills plastic surgeons, defense attorneys, family law practitioners and Hollywood private eyes. He also sold designer cheesecakes -- based on his own recipes and sold at several dozen franchised stores around the country.

A tireless promoter of his own career, he once appeared partially nude in carefully orchestrated photo of himself in People magazine to promote his cakes. He also appeared in TV commercials and had various roles on screen. In the late '90s he produced CelebrityDoctor.com. The website pioneered using the Internet for live screenings of face-lifts, most notably with Arabella Churchill, granddaughter of Sir Winston Churchill.

But it was Sands’ efforts to publicize an aging fashion designer, Mr. Blackwell (above) -- a fading designer of women’s clothing -- that caught the attention of the media.

“He was the consummate PR man who led a very colorful life,” Linda Deutsch, an award-winning Associated Press court reporter and a longtime friend of Sands, told TheWrap. “The high point in his career was the Worst Dressed List.

It was his idea to host an elaborate breakfast at Blackwell’s elegant mansion in Hancock Park, and it gained international publicity.”

Sands' choking incident occurred on March 24, and he died on April 6, but it has not been previously reported.

Theresa Coffino, executive producer of the syndicated entertainment news show “Extra,” was another admirer of Sands, said she, like many reporters and editors who were once consumed by the pitchman’s calls, was unaware that Sands had died.

“For such a blabbermouth,” she said. “Nobody knew about what happened to him.”

Perhaps most puzzling about Sands was his frequent boasting about his role as an undercover operative for U.S. government agencies, involving law enforcement and intelligence gathering.

Sands frequently handed out trinkets from the FBI, CIA and the U.S. Navy and Air Force. Beautiful models and actresses and even secretaries were frequent recipients of official pens, shirts and even dental floss.

The AP's Deutsch claimed Sands was legitimate. “He was very tied into the military,” she told TheWrap, pointing to a court martial case at Camp Pendleton where he gained her access to military sources. “He was very effective because he know what I needed.”

And in her book “The CIA in Hollywood: How the Agency Shapes Film and Television,"  Texas Christian University professor Tricia Jenkins reported that Sands supported the CIA in establishing a presence in Hollywood in the mid-1990s.

When his client screenwriter Gary DeVore went missing in 1997, Sands theorized that his friend had been involved with government intelligence services, which may have been connected to his disappearance. DeVore's body was eventually found submerged in the Californian aqueduct -- an apparent accident, but the tip that led to the discovery of the body came directly to Sands.

In 2011, Sands was approached by the Utah family of Wassef Ali Hassoun for a $1 million book and movie deal about the Marine corporal charged with desertion, but who allegedly faked his own kidnapping in Iraq. The deal never materialized.

But most bizarre is Sands' claim that he aided in the capture of Abu Abbas, the terrorist behind the hijacking of the Achille Lauro cruise ship in 1985.

Sands arranged for Abbas to be interviewed in Baghdad for a book and movie deal about his career as a terrorist, dangling a $1 million offer. With the help of a Romania journalist, Sands obtained Abbas’ cellphone number and gave Abbas' contact details to the FBI and CIA. U.S. Special Forces captured Abbas in 2003.

Memorial services for Sands have yet to be finalized.

See ‘Ronni Chasen.’ While the deaths of both Sands and DeVore scream ‘spook chill murders,’ (can you think of another murder connected a “Blackwell”? hint: stolen Ohio election 2004) what Tricia Jenkins is peddling is limited hangout material, wittingly or not on her part. No, the CIA did not “establish a presence in the mid-90s.” That’s their overt PR story concocted for the rise of the internet. The CIA has been controlling Hollywood scripts since before there was a CIA when the OWI’s Bureau of Motion Pictures and OSS were doing it during WWII. Even before WWII there were many USG scripts to manage the mid-30s Depression, prime military recruiting, and illustrate spy training in what seemed to be fluffy entertainment.

Argo Apostasy: History As Myth (Again!) and The Need To Occupy The Media!