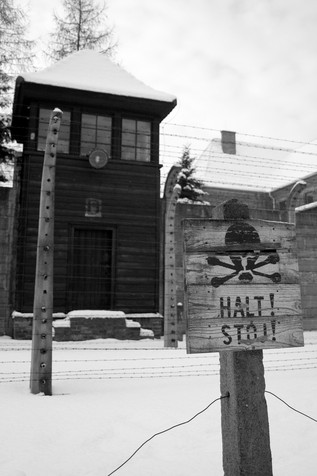 Documents of Nazi Death Camp doctors, including perhaps Dr. Josef Mengele, were found in an attic of a house nearby Auschwitz. The coupons remained unnoticed for decades.

Food coupons for some of the notorious Nazi doctors at the Auschwitz death camp - including perhaps the sadistic Dr. Joseph Mengele - have been found in the attic of a nearby house, where they had lain unseen for decades.

Other Nazi documents were found in the attic, including death certificates and a map.

Some of the prominent Nazi names including Horst Fischer and Fritz Klein, both of whom were executed after being found guilty of committing war crimes.

The man studying the documents, Adam Cyra, a historian at the Auschwitz memorial museum, believes that some of the documents belonged to Dr. Josef Mengele, one of the most infamous Nazi's for his terrible experiments. A food coupon for 0.28 kilograms of butter is made out for a Dr. Mergerle, but Crya believes that is just a spelling error, as there were no Dr. Mergerle at the camp. Another document for sugar appears to belong to Mengele, but the writing is illegible.

Dr. Mengele performed sadistic experiments on human prisoners at the Auschwitz camp, and escaped capture after World War II. He was never found.

The documents were found in the attic of a home being renovated in Oswiecim, where the Nazis built the Auschwitz-Birkenau camp.

The homeowner of the documents made them available to historians at the Auschwitz museum, who believe the house originally belonged to an SS officer.