SF Judges Study Role Of The Courts In Nazi Germany

“…  Judges in Hitler’s Germany in the 1930s and 1940 condoned and enforced the erosion of civil rights and harsh anti-Semitic laws leading to the Holocaust. .. The Nazis thought it was important for the public to think judges are independent. …” 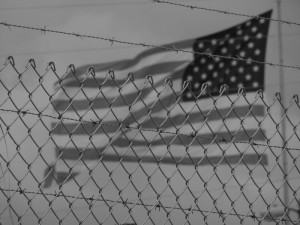 The horrors of Nazi Germany might seem far away in place and time, but some California judges have been studying the role of the judiciary in Hitler’s regime as a way to gain perspective on their own work.

About 175 state appeals court and trial court judges attended a program given in regional sessions in San Francisco, Sacramento and Irvine over the past week on “How the Courts Failed Germany: Law, Justice and the Holocaust.”

The program was developed by the Washington, D.C.-based United States Holocaust Memorial Museum and was brought to California in conjunction with the state Administrative Office of the Courts.

“Lessons from the Holocaust continue to be relevant as judges and courts face challenges to judicial independence in fulfilling their responsibility to resolve some of society’s most complex issues,” said California Supreme Court Justice Kathryn Werdegar.

Werdegar chaired the California Holocaust Program Planning Committee. California is the ninth state to participate in the museum’s voluntary training program for judges.

The program, presented by museum historian William Meinecke, shows how judges in Hitler’s Germany in the 1930s and 1940 condoned and enforced the erosion of civil rights and harsh anti-Semitic laws leading to the Holocaust.

Museum representative Marcus Appelbaum said, “Judges in Germany went from protecting the rights of individuals under a democratic government to becoming complicit in carrying out the Holocaust under Nazism.

“By exploring how this occurred, we work to make members of the judiciary cognizant of their role in safeguarding our personal freedoms and our democracy today,” said Appelbaum, who directs the museum’s Law, Justice and Society Initiative.

In addition to the three regional sessions for judges, Meinecke gave a fourth presentation of the program at the State Building in San Francisco Wednesday for about 150 court system employees and staff attorneys.

Two of the first steps in the destruction of civil rights, Meinecke told the audience, were emergency decrees issued by Hitler shortly after coming to power in 1933. The first suspended constitutional rights such as free speech, free press and privacy.

The second expanded police powers to permit warrant-less arrests and indefinite detention without trial of anyone the police viewed as having criminal tendencies or engaging in dangerous “antisocial behavior.”

Those decrees were “a window of opportunity for the courts to take a stand,” but they upheld the decrees, Meinecke said.

Another step concerned the treatment of treason crimes. Until Hitler’s era, such crimes were tried in the German Supreme Court. But in 1934, Hitler took jurisdiction over treason crimes away from the Supreme Court and gave it to a second, newly created court system called the People’s Court, staffed by Nazi judges.

Instead of objecting to the change in jurisdiction, “the Supreme Court was relieved not to have those trials,” Meinecke said.

Later, the courts not only accepted but allowed broad interpretations of the anti-Semitic Nuremberg Race Laws of 1935.

In an infamous ruling in 1936, German Supreme Court Chief Justice Erwin Bumke said a provision banning sexual intercourse between Jews and Christians should be interpreted broadly because it would be difficult to get evidence of private activity. Bumke wrote that “to protect German honor,” the law should therefore be interpreted to criminalize any interracial action or words reflecting sexual urges.

The interpretation allowed an expanded use of the law. In one case, it enabled a judge to give a death sentence to an elderly Jewish businessman who rented an apartment to the daughter of a Christian friend and allegedly allowed her to sit in his lap, although both the man and the young woman denied that happened.

In 1939, the courts approved a decree against “public enemies,” known in German as “Volksschaedlinge” and sometimes translated as “folk pests.”

The law allowed the death penalty for anyone who exploited the conditions of war and was the legal basis for a number of the 15,000 death sentences handed down by German courts from 1941 to 1945.

Meinecke showed a slide of Erna Wazinski, a munitions worker who was executed under the law at age 19 for taking used clothing and costume jewelry from the ruins of a bombed-out house in Braunschweig in 1944.

German judges were nominally independent, and the few who would not condone the laws were not publicly punished or censured, but might be privately pressured to retire, Meinecke said.

“Judges had tenure,” he said. “The Nazis thought it was important for the public to think judges are independent.”

In closing, Meinecke told the State Building audience that it’s a constant struggle for judges to try to determine “what are the safeguards that protect the system of law.”

“If you wait until the only choice is to submit or resign, it’s too late,” he said.