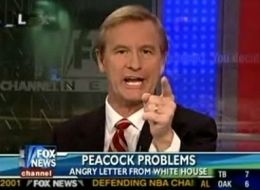 July 28, 2010 6:34 pm ET — Over the past two weeks, Fox News has frequently defended the wealthy and derided the poor. Fox News figures have criticized the extension of unemployment benefits and the expiration of the Bush tax cuts for the "so-called rich," all while accusing Democrats of using "class warfare rhetoric."

Bolling repeatedly raises question with Varney. During the Fox & Friends segment Doocy teased, guest host Eric Bolling introduced Fox Business host Stuart Varney by asking, "So should people who don't pay taxes be allowed to vote?" Bolling later asked Varney, "And so, should they be able to vote, though?" Varney responded: "Of course they should. Of course they should." Bolling asked, "In federal elections?" Varney then said "Oh, abso -- of course. Nobody is suggesting that you take away the right to vote from people just because they don't pay tax. I would never suggest such a thing. Don't put words in my mouth." Following Varney's rebuke, Bolling quipped: "Well, then, I guess we're out of time. No, I'm actually kidding."

Fox: The economy needs tax cuts for the rich Thompson: "I've never been hired by a poor person." On the July 27 edition of Hannity, Fred Thompson stated that theObama administration "is trying to sell the American people on the notion that, if they'll just limit the tax increases to -- to the upper income group, that it won't affect them," but added that "you're talking about primarily small businesses here. You're talking about the engine of growth in this country. The folks who hire most of the people in this country -- 20 million people these small business people hire. You're talking about people who worked hard all their lives in many instances, just got to that upper -- upper bracket." He then told Hannity, "[A]s you like to say, you know, I've never been hired by a poor person."Hannity agreed: "I say it a lot. Never have been."

Doocy: Democrats want to raise taxes on "those evil, successful people," "the so-called rich." On the July 27 edition of Fox & Friends, co-host Steve Doocy claimed that the Democrats say "those evil, successful people at the top 3 or 4 or 5 percent -- the so-called rich Americans -- we're going to continue to tax them at a higher rate." Doocy continued by suggesting that when you're talking about these "so-called rich Americans," "you're not talking about Donald Trump or a member of the Rockefeller family. You're talking about a lot of people who own and operate America's small businesses."

Doocy claims that New York City households earning five times the median income are "not rich." On the July 23 edition of Fox & Friends, Steve Doocy disputed the claim that those who make over $250,000 are rich. Doocy suggested that "what they consider rich," in Washington, D.C., is "not necessarily part of the real world," and that a couple in New York could make that much but "are not rich." From the show:

DOOCY: First of all, you know, they talk about soaking the rich, and they're going to -- tax hikes for the rich. What do they consider rich in Washington DC? Because what they consider rich, not necessarily part of the real world.

DOOCY: But you know, living in the New York City area, there are firemen who have wives that are in the teachers' union and they make about that much, and they are not rich.

VARNEY: No they're not.

According to Census Bureau data, the median household income in New York City was $48,631 in 2007.

Morici: "Extending unemployment benefits" encouraged "people to stay out of work longer." On the July 20 edition of Fox News' Your World with Neil Cavuto, economist Peter Morici disputed Nancy Pelosi's assertion that unemployment benefits stimulate the economy. Morici claimed that "extending unemployment benefits does encourage people to stay out of work longer." Morici further suggested that "there are better places to spend money." He then stated: "we already have a $1.6 trillion deficit. How much stimulus do we need?" Additionally, the on-screen text during the segment suggested that "Extending Benefits Hikes The Unemployment Rate."

MacCallum on extending unemployment benefits: "Is that necessary?" On the July 20 edition of On the Record with Greta Van Susteren, guest host Martha MacCallum teased an upcoming segment on unemployment benefits by claiming that "as we all know, we are drowning in debt right now as a country. And it looks like we're drowning and it's getting deeper out there. Congress is close to extending unemployment benefits even further now. Is that necessary? And can we afford to pay for it?" In the following segment, MacCallum asked whether extending benefits to the unemployed would be "pil[ing] more debt on all of our backs and our children's backs." Later, guest Liz McDonald suggested that "John F. Kennedy said it best" when he said that "the best form of welfare is a solid-paying job."

Beck: "Class warfare, anyone?" On the July 22 edition of Fox News' Glenn Beck, Beck launched an attack on the Obama White House, claiming that it is "following huge parts" of a plan "laid out over 30 years ago" by the Weather Underground. Beck suggested that the Obama administration is attempting a "fundamental transformation of our society," the first aspect of which is "a united front against imperialism for a new democracy built on a joint dictatorship of the working class and the poor." Beck then states, "Class warfare,anyone?"

Hannity: Is "a ton of class warfare rhetoric" going to be "all we see" from Democrats? On the July 19 edition of Fox News' Hannity, host Sean Hannity and guest Newt Gingrich discussed President Obama's recent statement on extending unemployment benefits. Hannity criticized Obama for "referring to the GOP as being the party of the rich," while Gingrich claimed that Obama "seems to have a really unusual desire to divide the country and a really deep need to blame somebody else for his own failures, and as a result, you get this kind of Rose Garden comment." Hannity then suggested that "for the next 106 days we can expect a ton of class-warfare rhetoric, demagoguery as you just pointed out, and demonization, et cetera, character assassination, maybe some supportive groups playing the race card because they can't run on their record? That's what's the next 106 days are going to be like? This is going to be all we see?"

Thompson: Obama is "going to base this tax cut on rich versus poor." During a July 27 interview with Sean Hannity,Fred Thompson asserted that: "People are not as susceptible to -- to having their envy played upon as this administration thinks. They think that if they can -- can do something, even if it hurts the economy, that's going to take something away from a group that they're not a part of, the 2 or 3 percent, the way they like to put it, that that will go over well politically and they can win that, you know. Rich versus poor." He added that the president is "going to base this tax argument on rich versus poor. Going to give everybody -- everybody in America a tax cut, in effect, or let the tax cuts remain for them, except just two or three percent of the people. That just happens to be a third of our consumers and produce most of our jobs."

Varney: The administration is going to engage in "class warfare." On the July 20 edition of Hannity, Varney said that because the president "cannot point to [his] record and say it was a success," he's going to "change the subject and engage in class warfare."