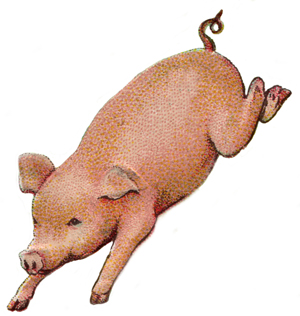 During a discussion on feral swine at the House Appropriations Committee, Congressman Virgil Peck from Kansas, thought it was humorous to compare immigrants to the feral swine, suggesting to use the same methods of extermination.

Although Peck said he was only joking when he said it would be a good idea to shoot illegal immigrants from helicopter as though they were pigs, no one was laughing.

Peck's explanation to the oddball remark: "I was just speaking like a southeast Kansas person."

I doubt that Kansas is that cold hearted against immigrants, I think Peck is speaking for himself not the state.

Listen to the audio:

A 17 year old native american running marijuana across the canadian border into the US was shot to death by a sniper from a helicopter according to an anonymous source in ICE/Homeland Security. Remember when they were “jokingly” batting that golf ball with Pelosi’s head on it in Ohio? See how they are? See them in hell. http://www.3mpub.com