Wingnuts are too Stupid to win their Fake Civil War

… We can hear the intellectually rabid pit bulls of fringe right-wing hate radio or watch them go for it with all of the counterfeit heat one can pay for at Fox News.

The Washington demonstration – which seems to have been bought and paid for by the drug and insurance lobbies – let us see that there are always people available to be had.

All one has to do is play the real card that shakes everyone up at the table. It is not the race card. That is not all-American enough. It is the self-pity card. Self-pity may be the actual religion of the fringe and can be found in any people on the intellectual margins of society. There is a plot to deprive them of something essential. Government is out of hand. All facts are manufactured by liberal interests. …

When I was growing up in California, the John Birch Society made the most noise on the right and had its followers convinced that America was becoming so weak and indecisive that one day people would look up to see Communist troops parachuting into their backyards. This has not been new since the 19th century, only those about whom the true believers should be paranoid have changed or changed colors or politics. But they are still there to do Americans in and hysteria is the only choice left.

Hysteria is always the wrong choice. It echoes through the intellectual graveyard of real ideas. …

These people appropriately dubbed “wing nuts” are heading for another Gettysburg. They will not be shot down, however. They will simply be ignored as soon as the nation decides to move on to democratic business. 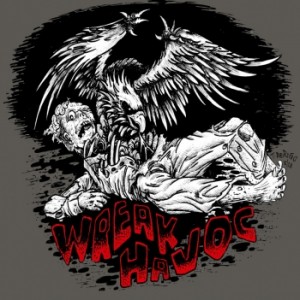