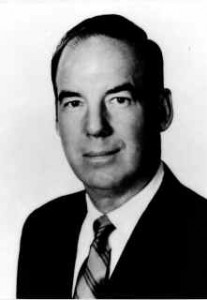 Jim Horowitz has a newsletter, Vol. 4, No. 6, about Evelle Younger. Younger’s Organized Crime Collector School (he advertises himself as a "spy czar") is actually an anti-terrorist Red school. Our country is no longer chasing communists. We’re doing trade with Russia and China. They are looking for 'terrorists,' and they will become the excuse to open our mail and break into newspaper offices, keep people under surveillance and do anything they want under the cover of "terrorism. "

Anacapa Sciences, Inc. is a mystery firm hired for politically and paramilitary-motivated campaigns to get dissidents. In Zaire, it is General Motors which is sending in troops. Private corporations work with the Department of Defense and the CIA so we don’t have to declare war, and the FBI doesn’t have to half its underground work. Mr. FBI Webster sent 80 informers to monitor the terrorists’ work. Then the private corporations get money from the government, and the FBI can look at you and say, "We only have 80 agents on this subject." But Anacapa, whose cover is organized crime, is setting up national, as in "Gestapo"–national training schools. They will work with local police officers. Hitler worked with Interpol. Hitler had the best police system. It was not only national, but included Vienna, Poland, Hungary and Romania, and then it became international. Swat teams are formed under all this and they want more swat teams for urban counter-insurgencies and for the militarization of the police forces, with headquarters to be in Los Angeles, California.

Daryl Gates, chief of the Los Angeles Police Department was under the influence of Ed Davis. In San Francisco, Charles Gains is the Chief of Police. Gains ran the FBI counter-intelligence program in Oakland against the Black Panthers, before he was made Chief of Police in San Francisco. Oakland is the third police center in America.

Anacapa is linked with the CIA. It shares with them, their anti-terrorist money. Anacapa’s project director is Jack Kinney of Air Force Intelligence, who is also a top secret National Security Agency executive. Anacapa is also tied to officers of Navy Intelligence, the Defense Intelligence Agency, and has reciprocal relations with the CIA. Evelle Younger’s influence reaches through the Organized Crime Collectors School.

Younger works with the Organized Crime Collectors School and Anacapa, and also with a group in Washington D.C. called the Psychological Assessment Associates (PAA). PAA is a deep cover CIA’s proprietary that worked with behavior modification-like experiments. You get a Donald DeFreeze working in Vacaville prison in California. DeFreeze was working under the Defense Department’s mind control program established by Westbrook of the CIA. Westbrook formed the Symbionese Liberation Army (SLA) which became the excuse to burn those people--SLA members caught in the burning house in Los Angeles, on prime time TV. The burning of these six SLA members became the inaugural of the swat teams’ burning of "terrorists." Boy, its’ really great that they saved us in time from those terrorists, which, had they been merely arrested, would have required utilizing the courts to hear their cases. United Sates prosecuting attorney Browning, who prosecuted the Patty Hearst case, still hasn’t prosecuted Emily William Harris (four years now) for kidnapping Patty Hearst. Browning is running for Attorney General of California while Evelle Younger runs for Governor.

Browing and Younger have links to the mind control programs. One of Younger’s liaisons in Washington, the firm Psychological Assessment Associates, works under cover with a John Gettinger. J.W. Gettinger is an agent who works under the cover of the Human Ecology Fund, known to be a CIA conduit. ...

EVELLE J. YOUNGER, as district attorney, had a practice of personally interviewing would-be deputies who had made it through the initial vetting. One young hopeful who had passed the bar exam only four month earlier met with the DA in October, 1965. He was Curt Livesay… destined to become a legend in the office ...

As Livesay recounts it, at the end of the questioning, Younger queried: “Have I failed to ask you something that, if you were in my place, you would want to know?”

Livesay, speaking to me by phone from his ranch in eastern Oklahoma, says he proceeded to confess that he had some relatives who had been convicted of brewing moonshine.

That revelation, Livesay might have thought, doomed his chances of being hired. Not so. The district attorney, doubtlessly amused, put him at ease by inquiring: “Have you ever heard of the Younger Brothers?”

Younger—“Mr. Law and Order”—revealed he was a decedent of those fabled outlaws of the old west.

The stage coach- and bank-robbing Younger Brothers were Cole (their leader), Jim, John, and Bob; they teamed with the James Brothers, Jesse and his half-brother, Frank. The James-Younger Gang rode from a period starting shortly after the Civil War and ending in 1876 after the Younger Brothers (sans John who died in 1874) were apprehended after attempting a bank robbery.

In conducting a bit of genealogical research, I not only confirmed ties to the Younger Brothers but came across Evelle Younger’s unheralded links with other historical figures who were, decidedly, “good guys.” 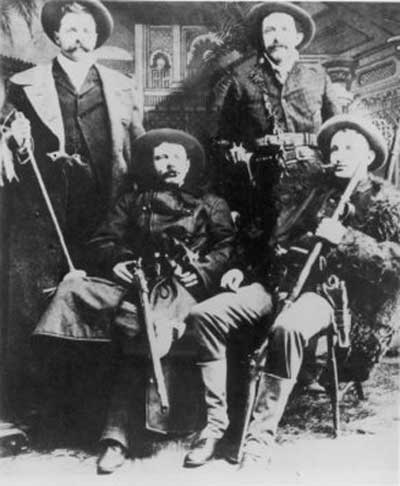 Resources show that a common progenitor of Younger and of the bandits was Joshua Logan Younger (born 1755). He was the father of, among other offspring, Charles Lee Younger (1779) and Henry Younger (1772).

Charles Lee Younger was the grandfather of the Younger Brothers.

Henry Younger was the great-great-grandfather of Evelle J. Younger.

In figuring relations: a child of your aunt and uncle is, of course, a cousin…in particular, a first cousin. That cousin’s descendents, no matter how far down the line, will all be first cousins to you, but the child of your cousin will be a “first cousin once removed,” a grandchild will be a “first cousin twice removed,” etc. Your cousin’s child and your own child will be second cousins; your grandchild and your cousin’s grandchild will be third cousins, and so on. On a family tree, where cousins are on the same horizontal plane (same generation), they’re first, second, third cousins, and so forth, while any diagonal relationships entail a “removed” status.

So, starting with Henry Younger and going forward in time: his son, also named Henry, was the first cousin of the outlaws’ father, Henry Washington Lee; Henry Jr.’s son Richard was the Younger Brothers’ second cousin; his son Harry was a second cousin once removed; and his son Evelle was a second cousin twice removed.

While journalists are keen about making sure of their facts before reporting anything, I confess that I can’t be altogether certain of the following. That’s because genealogical information going back into the 18th Century is largely based not on official records of any sort, but letters, diaries, and the like. Families typically were large owing to the lack of—well, I don’t need to spell it out—making it all the more difficult to keep track of births. Philandering was common, with doubts existing sometimes, from the standpoint of history, not as to who a child’s father was, but as to the identity of the mother. In short, data is incomplete and conflicting. 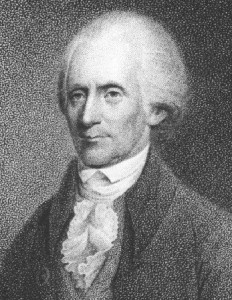 Subject to that disclaimer, it does appear that the aforementioned Joshua Younger was married to the former Elizabeth Lee, and that she was the daughter of Richard Henry Lee, a founding father of our nation. It was he who made the motion on June 7, 1776, as a member of the Second Continental Congress, to declare independence from Great Britain. He was a signer of the Declaration of Independence and later served as a U.S. senator from Virginia. That would mean he was the great-great-great-great grandfather of Evelle Younger…signifying that Richard Henry Lee’s brother—Francis Lightfoot Lee, also a signer of the Declaration of Independence—was the future DA’s great-great-great-great granduncle. (Richard Henry Lee and Francis Lightfoot also had an ancestor in common with Joshua Logan Younger, and were Evelle Younger’s first cousins 15 times removed.)

Evelle Younger was also, it seems, related to Confederate Gen. Robert E. Lee. Richard Henry Lee had a first cousin, Henry Lee II. So…his son, Henry Lee III—known as “Light Horse Harry” for his activities as a cavalry officer in the Revolutionary War—was a second cousin of Joshua Younger; Henry Lee II’s son, the man who surrendered to Grant at Appomattox was third cousin of Henry Younger Sr.; and Lee was a third cousin four times removed from Younger. ...