Considering the War-Crimes Trial of the Bush Administration 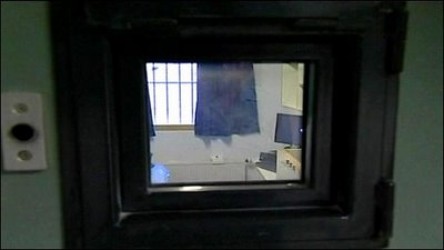 Over the weekend of September 13 and 14, a historic gathering in Andover, Massachusetts, took place and garnered little media attention. But at that two-day conference, serious plans were laid for a war-crimes trial of the Bush administration. Convened by Lawrence Velvel, dean of the Massachusetts School of Law, the scheduled participants included two people who have been cited as authorities in this column.

The first was Philippe Sands, director of the Centre of International Courts and Tribunals at London’s University College and the author of Torture Team: Rumsfeld’s Memo and the Betrayal of American Values (Palgrave Macmillan), and the other was Jordan Paust, a University of Houston law professor and the author of Beyond the Law (Cambridge University Press). The latter, a peerless documentation of the Bush regime’s lawlessness, includes this quote: “Not since the Nazi era have so many lawyers been so clearly involved in international crimes concerning the treatment and interrogation of persons detained during war.” (As it happened, Paust was unable to attend due to the aftermath of Hurricane Ike.)

Among the 120 legal authorities and scholars at the conference, Dean Velvel notes, was “Ann Wright, a former U.S. Army colonel and U.S. Foreign Service official who holds a State Department Award for Heroism and who taught the Geneva Conventions and the Law of Land Warfare at the Special Warfare Section at Fort Bragg, North Carolina.” Also present was Francis Boyle, a professor of international law at the University of Illinois, who drafted the Biological Weapons Anti-Terrorism Act of 1989 and was earlier responsible for the U.S. implementing legislation for the 1972 Biological Weapons Convention.

These war-crimes probers are of a significantly higher moral and intellectual grade than the general run of cable-television and Internet pundits.

And one of the smarter things they did was to name their conference after Justice Robert H. Jackson, the lead prosecutor at Nuremberg. This was no ranting MoveOn.org event—instead, its goal is a war-crimes trial beyond anything that has ever been attempted in American judicial history, a goal that echoes the words of Jackson himself: “The common sense of mankind demands that law shall not stop with the punishment of petty crimes by little people. It must also reach men [and women] who possess themselves of great power and make deliberate and concerted use of it to set in motion evils which leave no home in the world untouched.”

Obviously, the American defendants in these proposed trials wouldn’t be charged with anything on the order of the Holocaust and its many millions of ghoulishly murdered victims. But Philip Gourevitch, in his book Standard Operating Procedure (Palgrave Macmillan), points out how much the Bush administration has gotten away with so far: “Nobody was ever charged with torture, or war crimes, or any violation of the Geneva Conventions. Nobody ever faced charges for keeping prisoners naked, or shackled, [or exposed to systematic torture] . . . or for arresting thousands of civilians without direct cause and holding them indefinitely, incommunicado, in concentration-camp conditions.”

The conference set about planning trials to determine the guilt of key actors in the Bush administration (and their authorizing lawyers) for having committed war crimes under both American and international law, and to determine the appropriate punishments. Among the items on the conference’s agenda: “Creating an umbrella Coordinating Committee with representatives from an increasing number of organizations involved in war crimes cases; [c]reating a Center to keep track of and organize . . . relevant briefs and facts on war crimes and prosecutions of war criminals; [e]stablishing a Chief Prosecutor’s Office such as Nuremberg’s.”

Keeping in mind the high likelihood that a domestic trial would take much more time and be subject to far more pressure as the full scope of the administration’s appalling war crimes was revealed, the conferees also sought to find out “[w]hich international tribunals, foreign tribunals and domestic tribunals (if any) can be used and how to begin cases and/or obtain prosecutions before them.” I strongly suggest that Dean Velvel and his colleagues consult the New York–based Center for Constitutional Rights (I’ll provide the contacts), which has already filed cases in European nations whose courts exercise “universal jurisdiction” over war crimes. Along with its continuing experience in these pursuits, the CCR intends to keep bringing these charges indefinitely.

Because of the CCR, former defense secretary Donald Rumsfeld already has reason to be very apprehensive about traveling in Europe. And arrest warrants for 25 CIA agents have been issued by an Italian court eager to question them about the “rendition” (i.e., kidnapping) of an Egyptian cleric living in Italy, who was snatched off the streets of Milan and flown to Egypt by the CIA to be tortured by that nation’s secret police.

Of course, previous American officials might have qualified for prosecution as well due to the war crimes committed in Vietnam and other countries. But, as Dean Velvel notes, most of these people have escaped punishment: “President Johnson retired to his Texas ranch, and his defense secretary, Robert McNamara, was named to head the World Bank; Richard Nixon retired to San Clemente, and his secretary of state, Henry Kissinger, was allowed to grow richer and richer.” (It would be instructive to get Mr. Kissinger on the stand and question him about his role in the rise of General Pinochet in Chile.) This is precisely the reason why these trials should be conducted in the case of the Bush administration.

Before leaving for Nuremberg, Justice Jackson—on leave from the Supreme Court—told President Harry Truman: “The groundwork of our case must be factually authentic and constitute a well-documented history of what we are convinced was a grand, concerted pattern to [commit the] barbarities which have shocked the world.”

As Dean Velvel said when announcing the reason for his Robert Jackson conference: “The future will be threatened by additional examples of executive lawlessness by leaders who fear no personal consequences” for what they’ve done. We’ve already seen how the torture president has exercised his “inherent unitary-executive constitutional authority”—but according to whose Constitution exactly? Dick Cheney’s?

Previous Article
$1.4 Billion In McCain Tax Cuts For ‘Mainstream Media’
Next Article
Video: The Political Abuse and Misuse of 9/11