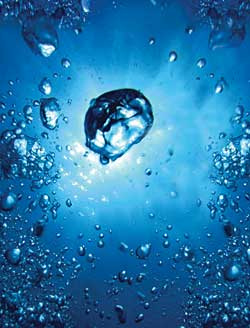 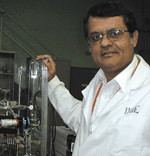 The tempest over bubble fusion—the much-disputed 2002 claim that collapsing bubbles can spark fusion reactions—may finally have fizzled out. Purdue University investigators last week charged bubble fusion's leading proponent, nuclear engineer Rusi Talayarkhan, with two counts of misconduct after concluding that he falsely created the appearance that members of his lab had independently verified the effect.

In 2002 Taleyarkhan, then at Oak Ridge National Laboratory in Tennessee, was the chief author of a study published in Science claiming to have stimulated fusion in a beaker of acetone by bombarding it with high-frequency sound and neutrons in an effect called sonofusion, or bubble fusion. But researchers came up empty when they tried to duplicate the experiment. Taleyarkhan moved to Purdue in 2004, where he continued his research.

Controversy soon followed. A 2006 Nature article reported that Purdue faculty became skeptical of Taleyarkhan after he refused to share his data and withdrew his help from their work when it failed to back his claims.

The university formed a committee of six researchers from five institutions including Purdue in November to probe 12 allegations surrounding a 2005 paper published in the journal Nuclear Engineering and Design (NED). In it, postdoctoral researcher Yiban Xu and master's student Adam Butt, who both worked in Taleyarkhan's Purdue lab at the time, claimed to have reproduced the bubble fusion results.

According to the committee's report, Taleyarkhan was intimately involved in writing the NED paper and getting it published, but deliberately left his name off of it. He then cited the work in a study published a year later in the journal Physical Review Letters (PRL) as independent confirmation of bubble fusion.

The panel also accused Talayarkhan of listing Butt as an author of the NED paper even though the master's student had minimal input.

An initial inquiry committee formed by Purdue did not ask the investigators to check out the possibility that Taleyarkhan had fabricated his findings by manipulating his own experiments to achieve the results he wanted.

In the 2006 paper, in which Xu is credited as a co-author, Taleyarkhan claimed to have observed bubble fusion again using a different apparatus, based on the energies of neutrons emitted from liquid hit with ultrasound.

Researchers at the University of California, Los Angeles, (U.C.L.A.) pointed out that the results matched those expected from contamination with the radioactive isotope californium 252, which, if true, raised the question of whether such contamination was intentional. Purdue spokesperson Joseph Bennett says the inquiry committee deemed there was insufficient evidence for investigators to sort out that allegation.

Bennett says Taleyarkhan has until the end of Wednesday to file an appeal, adding that any punishment would be at the university's discretion. Dr. Taleyarkhan did not reply to an e-mail requesting an interview.

This was Purdue's second investigation into the case. An earlier inquiry cleared Taleyarkhan in February 2007. But Purdue officials kept the details of the case confidential, including the charges and the members of the committee, which Bennett says is university policy.

"Purdue has tried to cover this up from the get-go," according to Kenneth Suslick, a professor of chemistry at the University of Illinois at Urbana–Champaign who studies bubble collapse, or cavitation.

In May 2007 lawmakers on the House Committee on Science and Technology requested a more thorough investigation into the research, which received $318,000 in funding from the U.S. Office of Naval Research. In principle, any new source of fusion might be harnessed to provide energy .

Suslick says Purdue's investigators were "exceedingly generous to Dr. Taleyarkhan and yet still found him guilty of research misconduct."

The 2002 Science paper came under fire almost immediately. Three of the manuscript's reviewers (who judge the quality and value of submissions for peer-reviewed journals) waived the usual anonymity—Suslick was one of them—to make clear they did not believe the authors had proved their case.

Oak Ridge even took the unusual step of asking a separate team of researchers to try to repilcate the result, which they could not, despite using a more sophisticated experimental setup. In a 2007 paper published in Physical Review Letters, Suslick and researcher Seth Putterman of U.C.L.A. reconstructed Taleyarkhan's original sonofusion experiment but found no sign of fusion.

Suslick says that at this point scientists have given up on bubble fusion. "These experiments," he says, "were deeply flawed at best and have had no credibility for several years."