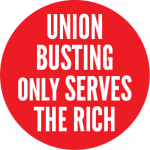 After years of fighting organized labor in state houses and on Capitol Hill, conservatives opened up a fresh battleground in Kentucky last month, pushing a brand new crop of anti-union laws in counties across the state. Propped up by major conservative groups like the Heritage Foundation and the American Legislative Exchange Council (ALEC), the "right-to-work"ordinances—which weaken unions by allowing employees to opt out of paying dues—test the boundaries of US labor laws, putting the fate of union workers squarely in the hands of local, rather than state, governments.

To the alarm of labor groups, the coordinated effort by conservatives now threatens to push anti-union measures deep into places that have not passed statewide right-to-work laws. For years, national labor organizations like the AFL-CIO have successfully lobbied to keep the Kentucky legislature from passing right-to-work legislation. So workers in Warren County, home to a unionized Corvette plant, were stunned last month when the county court passed America's first local right-to-work law. Since then, at least two other Kentucky counties have passed their own right-to-work ordinances. And documents obtained by VICE show that many more may follow.

In an email sent to county executives across Kentucky, Warren County Judge-Executive Mike Buchanon responded to what he called an "unexpectedly overwhelming" number of requests for copies of the ordinance from other Kentucky counties apparently interested in implementing their own right-to-work laws. In all, more than 20 Kentucky counties are listed in Buchanon's email, one of which has already made headlines by moving ahead publicly with its own right-to-work law. Although most of the counties listed have so far been relatively quiet about whether they plan to go ahead with their own legislation, the Lexington Herald-Ledger reported Monday that three additional counties not named in the email are also pushing for their own right-to-work laws.

In the email, Buchanan said that he could not keep track of requests due to the inundation of inquiries about the law, and instructed anyone who mistakenly appeared on the list to "feel free to delete." The email, which appears to have been sent from a non-official email account, was obtained through a records request to Kentucky's Simpson County. 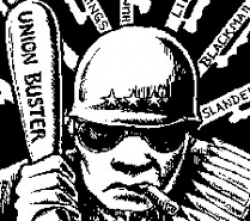 At the state level, right-to-work laws have come to epitomize bitter partisan division in American politics. Republicans argue that such laws keep employees from being forced to grudgingly pay union dues, while liberals see right-to-work as another assault on organized labor and the middle class. Attempts to curb union power at the state level has sparked furious protests in recent years, including massive demonstrations against Indiana's Republican-sponsored right-to-work bill, which passed in 2012, and in Wisconsin, where labor activists stormed the state capitol in to a state law that limited collective bargaining rights for public-sector unions. Twenty-four states have passed right-to-work laws, and several others are considering legislation this year. In other states, like Kentucky, conservatives are sneaking up on unions with a county-by-county approach.

But labor law experts VICE spoke to last year expressed doubt that local right-to-work laws would survive the inevitable legal challenges against them. "In the private sector this would be clearly pre-empted under the National Labor Relations Act,"Lance Compa, a lecturer at Cornell University's School of Industrial and Labor Relations, said. "States can enact these laws, but only states, and cities and counties cannot. I mean, they could do it, but it would only be symbolic, and it would be stopped in the court."

The new laws in Kentucky could very well be the beginning of a battle that ultimately finds itself at the Supreme Court. And at this point, proponents of the laws seem optimistic that their efforts will ultimately succeed.

"[T]here is no reason to continue to wait forever for the legislature, or continue to complain to our state representatives, who may never take up the issue at all,"Buchanon wrote in his email. "I am tired of losing economic development opportunities to Indiana, Tennessee, and ALL of the other southern states....It's our choice!"

Read the email below.