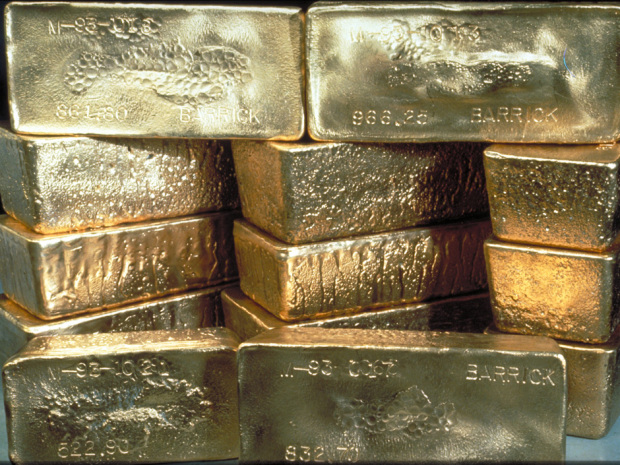 ” … Mr. Thornton is familiar with high compensation, as he is a former president of Goldman Sachs. He also has very close business ties in China, a key source of capital for the mining sector and a region where Mr. Munk wants to grow Barrick’s footprint. … “

TORONTO — When John Thornton [a director at Rupert Murdoch’s News Corp.] accepted the role of co-chairman at Barrick Gold Corp. last year, the company certainly showed him its gratitude.

Mr. Thornton was paid a staggering US$17-million in 2012, his first year with Barrick, according to a proxy circular filed by the company. That includes an US$11.9-million “special cash sign-on payment” for him to buy Barrick shares on the open market.

The size of this signing bonus appears to be unprecedented for a director in Corporate Canada, according to governance experts. It is one of many generous payouts Barrick made to officers and directors last year, even though its stock price plunged 24.6%.

“For a director, that [signing bonus] would be unheard of, or astronomical, or whatever kind of word you want to use,” said Stephen Griggs, head of Underwood Capital Partners and the former executive director of the Canadian Coalition of Good Governance.

“For a director, that [signing bonus] would be unheard of, or astronomical, or whatever kind of word you want to use … “

However, he noted that Barrick’s chairman is really an executive chairman, as Peter Munk takes a very hands-on role. Mr. Thornton, 59, is viewed as Mr. Munk’s likely successor, and is being treated like an executive rather than a director.

“In the capacity of an executive of the company, it’s certainly also a very high number. But keep in mind that Barrick has a long history of paying its very senior executives very large amounts of money,” Mr. Griggs said.

Other Barrick leaders also received hefty payouts in 2012. Mr. Munk’s salary increased 37% from 2011, and his total compensation was nearly US$4.3-million. Former Prime Minister Brian Mulroney, who has been a Barrick director since 1993, received $2.5-million (including a $1-million bonus) as he took on a new role as senior advisor of global affairs for the company. And former CEO Aaron Regent received US$12-million, mostly from a generous severance package after he was fired last June.

It was a much rougher year for Barrick’s shareholders. The world’s biggest gold miner reported a net loss of US$670-million after taking a US$3.8-billion writedown on the Lumwana mine, acquired in the vastly overpriced takeover of Equinox Minerals Ltd. Toronto-based Barrick cut or deferred US$4-billion of capital spending and made a commitment to focus on investor returns going forward.

Mr. Thornton is familiar with high compensation, as he is a former president of Goldman Sachs. He also has very close business ties in China, a key source of capital for the mining sector and a region where Mr. Munk wants to grow Barrick’s footprint. “We need someone with the drive, the ambition, the ability, the international experience and the contacts that John can offer,” he said in a prepared statement.

John Ing, president and gold analyst at Maison Placements Canada, said the Barrick board is very “Peter-Centric” and will need a broader overhaul as Mr. Munk, 85, approaches his retirement. Mr. Thornton’s appointment is just one step in that process.

“As far as John Thornton’s compensation goes, if he or anybody can turn around Barrick, it’s miniscule if they are successful,” Mr. Ing said.

Mr. Thornton was appointed to the board in February 2012 and was named co-chairman on June 6, the same day Mr. Regent was fired and Jamie Sokalsky was named CEO. 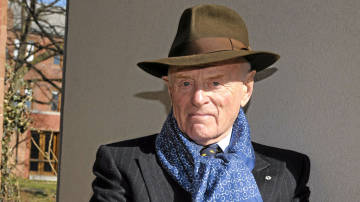