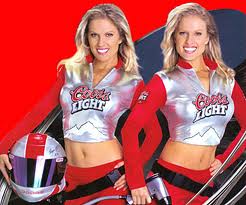 It has waged battles against affirmative action and protections for endangered species while being bankrolled by some of the most powerful families in the West.

The group is now fighting a protracted legal battle with American Indians who believe the organization is trampling on their voting rights in a rural Wyoming county.

At issue is a local dispute over the election of county commissioners in Fremont County. Mountain States Legal Foundation has been representing the county pro bono for the last five years in a fight against American Indians who want greater representation on the commission.

That Mountain States has waded into such a local dispute further demonstrates the clout it seeks to wield in Western legal disputes, in this case arguing first that the Voting Rights Act of 1965 didn't apply to Indians in Fremont County. Failing at that, it's now arguing on appeal that a federal judge can't order the county to create separate commission districts.

Federal tax records show that the organization's supporters in recent years have included foundations controlled by the Coors brewing family in Colorado and Philip F. Anschutz, a reclusive Denver billionaire with extensive holdings in railroads, energy and communications.

But Diemer True, a former Mountain States director, Casper oilman and a former Republican National Committee member, said the firm seeks only a level playing field and is "very concerned about equal rights, not minority rights."

Aside from its work in Voting Rights Act cases, Mountain States commonly sides with private landowners against the federal government in property disputes. It frequently fights federal proposals to protect more animals through the Endangered Species Act.

Mountain States also has won landmark U.S. Supreme Court victories curtailing the use of affirmative action in awarding government contracts and setting limits on how government agencies can consider race in laying off employees.

Mountain States' contract with Fremont County specified that it would challenge the constitutionality of a section of the Voting Rights Act — a landmark of the civil rights movement — that prohibits discrimination by race, color or language. Mountain States argued the act didn't apply because the federal government hadn't previously found voting discrimination in Fremont County.

U.S. District Judge Alan B. Johnson in Cheyenne rejected Mountain States' constitutional challenge in 2007. He said the firm failed to disclose that other federal courts had rejected similar minority voting rights arguments it made in cases in Montana and Colorado.

In April, Johnson ruled for the plaintiffs on the rest of the case. He ordered Fremont County to establish five commission districts, including one centered on the reservation that would virtually guarantee the election of an Indian commissioner.

Fremont County then proposed a single voting district for Indians, with at-large voting for the rest of the county. Johnson rejected the hybrid plan this summer, saying it would perpetuate isolation of Indians. The county appealed in September to the U.S. 10th Circuit Court of Appeals in Denver, arguing for its hybrid plan — even though the Indians argue that Wyoming state law forbids such schemes.

The county is represented by Mountain States without charge, but the Wyoming Local Government Liability Pool has paid out more than $200,000 to cover other costs. The liability pool voted in late October not to cover any of the county's appeal. The pool could also be on the hook for more than $880,000 to cover plaintiffs' legal fees.

One lawyer who litigated against the firm in another case says it appears motivated by deeply conservative political philosophy.

"If you look at the way things were in the 1950s ... the communities out there that were white communities kind of did what they wanted to do," said Jack Trope, executive director of the Association on American Indian Affairs in Rockville, Md. "That's the kind of world they want to go back to."

Efforts to reach spokespeople for comment at the Castle Rock Foundation — connected to the Coors family — and the Anschutz Foundation were unsuccessful. Repeated attempts to reach principals of Mountain States for comment on the case also failed.

First-term Fremont County Commissioner Keja Whiteman, a member of the Turtle Mountain Band of Chippewa, cast the lone vote against the appeal. "I'm skeptical when any legal organization routinely comes to the aid of local governments to fight Indian people," Whiteman said.

Fremont County had pointed to Whiteman's election as proof the lawsuit is without merit, though Johnson noted in April that Whiteman is the only American Indian ever to be elected to the county commission.

In that ruling, Johnson cited a long history of discrimination against Indians in Fremont County, from the first contacts with white settlers to the present day.

Fremont County holds most of the Wind River Indian Reservation, home to the Eastern Shoshone and Northern Arapaho tribes.

At more than 2.5 million acres, Fremont County is larger than Delaware but home to only about 39,000 people, of whom more than 20 percent are American Indians. Some 13.5 percent of county residents live below the poverty level, compared with 9.5 percent for the state, according to 2009 U.S. Census figures.

Bergie, who serves on the Montana-Wyoming Tribal Leaders Council, said Mountain States is known in tribal circles as "Indian fighters." But Douglas Thompson, the commission chairman, disputed the characterization — and said he believes race relations in Fremont County have deteriorated since Johnson's ruling.

"There's a lot of really well-meaning people who don't harbor racist views, or their decisions aren't driven by race," Thompson said. "And when the judge says that the racism in Fremont County is undeniable and palpable, that's a pretty vicious indictment of our citizens. And it's not true."