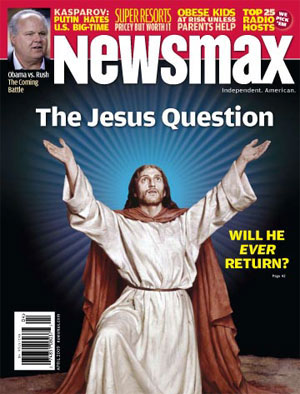 If Newsmax and co-owners Christopher Ruddy and Richard Mellon Scaife purchase Newsweek, they will be buying a publication that has not been shy about writing criticisms and negative news about the duo.

Several examples of past coverage by Newsweek and some of its writers shows the Scaife and Ruddy team has been ripe for the picking by staffers.

Some examples: A May 18, 1998, piece by Newsweek scribes Evan Thomas and Mark Hosenball that profiled Scaife cited his anti-Clinton efforts and said he has “a history of feuding and a weakness for conspiracy theories.”

“Armchair psychologists, searching Scaife’s past to explain his current behavior, can take their pick of scarring moments. His mother was an heir to the Mellon fortune. Both of his parents had trouble with alcohol, according to people close to the family (Scaife is not giving interviews). Growing up on an estate outside Pittsburgh, he badly injured his head when he was thrown from a horse at the age of 9. Kicked out of Yale first for brawling, then for poor grades, he fell in love with politics but felt betrayed by politicians — first by Richard Nixon, to whom he had contributed $ 1 million, then by a local district attorney named Robert Duggan. In the late ’60s, Scaife had backed Duggan as a reformer. But federal prosecutors began investigating Duggan for corruption. In the fall of 1973, with the prosecutors closing in, Duggan eloped with Scaife’s sister, Cordelia.”

*A Nov. 10, 2007, Newsweek piece by Hosenball on Scaife’s becoming a Clinton supporter stated:

“Scaife was no run-of-the-mill Clinton hater. In the 1990s, the heir to the Mellon banking fortune contributed millions to efforts to dig up dirt on President Clinton. He backed the Clinton-bashing American Spectator magazine, whose muckrakers produced lurid stories about Clinton’s alleged financial improprieties and trysts. Scaife also financed a probe called the Arkansas Project that tried, among other things, to show that Clinton, while Arkansas governor, protected drug runners.”

*A March 5, 2007, Newsweek story by Thomas, Hosenball, and five other writers on the Clintons referred to Ruddy as: “a mouthpiece for the conservative conspiracy theorist Richard Mellon Scaife.”

Then there was the 1997 book review by Michael Isikoff, a Newsweek writer, for Slate.com. The subject of the review: Ruddy’s book, “The Strange Death of Vincent Foster: An Investigation.”

“Ruddy’s book–and the entire movement he has helped create–is utterly preposterous. Turgidly written and dense with 534 footnotes and seven appendixes, Ruddy’s plodding book repeatedly confuses the evidence and chases after scores of imaginary holes in the official verdict–without ever positing an alternative scenario that makes the least bit of sense.”

Newsweek staffers, meanwhile, remain reluctant to comment on the would-be buyer. One editor who requested anonymity told me most Newsweek employees do not believe The Washington Post Company would want Newsmax to buy their treasured news weekly.

“I don’t think too many people see that happening,” said the editor. “That the Post Company would sell to them. It doesn’t seem like the type of buyer they want. They would want Newsweek to continue as an unbiased publication.”

Also weighing in is Bill O’Meara, president of the Newspaper Guild of New York, which represents about 60 Newsweek staffers. When asked about Newsmax and its statement that it would not change the editorial focus of Newsweek, O’Meara said, “I don’t know whether that is something you can take to the bank.”

He also stated, “I know their reputation for being right-leaning . … The guild is always concerned about raising the standards of journalism and maintaining consistent honesty in journalism.”

The CIA and the Muslim Brotherhood
Jun 12