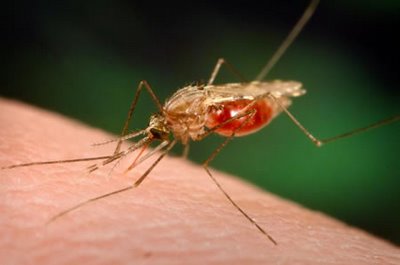 The Nazis tried to halt the advance of British and American troops through Italy in the Second World War by unleashing malaria-carrying mosquitoes in what is believed to be the only biological warfare attack out in Europe, according to new research.

The plan was designed to hinder the Allied push from the south and to punish the Italian population for what the Germans saw as treachery after they switched sides and joined the Allied powers.

According to Prof Frank Snowden, a history professor at Yale University whose book The Conquest of Malaria in Italy draws on American archives and the diaries of Italian soldiers, the scheme was orchestrated in the autumn of 1943 by Erich Martini, a medical entomologist, Nazi Party member and friend of the SS commander Heinrich Himmler.

The Germans flooded the marshes that lay on the path into Rome from the south by reversing the pumps that drained them. They then introduced millions of larvae of anopheles labranchiae, a species of malaria-carrying mosquito.

But British and American soldiers, who landed at Anzio just south of the marshes, survived the biological attack because they were given anti-malarial drugs.

The First British Infantry Division along with the British Commando Brigade landed at Anzio in January 1944.

But despite being holed up there in terrible conditions for weeks and huge casualties being suffered in battles with German troops, there are no records of a malaria epidemic.

Rates of the disease among the local Italian population returning from the fields soared, however.

Benito Mussolini drained the Pontine Marshes, an area 30 miles south of Rome, during the 1930s, an act for which he is still lauded in Italy.

The use of biological weapons and causing "superfluous injury" to inhabitants broke international conventions on warfare and the Nazis were keen to hide what they were doing, Prof Snowden claims.

"In September 1943 the German army ordered the evacuation of all remaining civilians who lived within a radius of 10 kilometres from the shore" he writes in the book, published in Britain next month. "This removal of the inhabitants from the war zone ensured there were no eye witnesses to German actions."

Malaria remained rife in the area until 1950 when the marshes were drained again and the imported mosquito species died out.