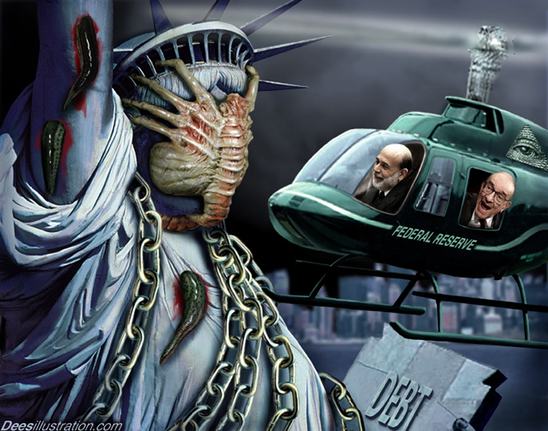 NEW YORK (Commodity Online): After the sub-prime catastrophe in banking and realty sector, which led to the global recession in 2008-09, it is the turn of bullion markets now.

‘FRAUD’, that is the one word which comes to any investor’s mind when s/he reads about the Commodity Futures Trading Commission (CFTC) hearing on manipulations in bullion market by gold cartels.

So, the small and clean investors have been short-changed by big cartels during the past many years, especially during the recent boom time in bullion markets. Otherwise, how will you explain the biggest boom in paper gold (Exchange Traded Funds, ETFs) in the recent past with hardly any gold available in the market.

In fact, there is no gold left in this world if all the Gold ETFs ask for physical delivery. And, if that happens only god knows what will be the gold prices in the coming months — $10000 per ounce? Maybe, even more. Because, price of a commodity which is not available at all can go up to any level due to the sheer fact that it is not there in the market.

Now read about the Commodity Futures Trading Commission (CFTC) hearing last week about a London whistle-blower who had explained to the CFTC how JP Morgan Chase has been manipulating/capping precious metal prices. In a shocking parallel to the inaction by the US Securities and Exchange Commission (SEC) after receiving warnings from Harry Markopolos about the Madoff ponzi, the CFTC has apparently been sitting on the information on gold cartels.

Did you visit the websites of GATA and CFTC this week? If you do, you can see a lot of articles and responses from investors who have been keenly watching the developments in bullion market.

The whistle-blower in this biggest gold fraud was Andrew Maguire, an experienced precious metal trader in London. In an riveting interview (which is available on the internet all over the world) with GATA director, Adrian Douglas, Maguire describes a new dynamic impacting gold. The fact is that, there is a huge short position in the market.

The CFTC hearing confirmed what GATA has been saying all along, that the gold market is being manipulated. And, how? The gold cartel has accumulated a huge short position and the huge short positions are ‘naked’, which means these positions are not hedged. There is 100-times more paper-gold outstanding than physical gold. You must be saying Oh, My God! Then wait, there is more to it.

Sub-prime crisis was peanuts before this scam. The bullion market is now slowly taking in the impact of these revelations. The result is, there will be no gold in the market. Because, if people ask for physical delivery of gold for their ETFs, who will give all the gold. THERE IS NO GOLD! And the price of gold can be $5,000 per ounce, $10,000 or may be even more. Who can predict the value of a commodity which is not there is the market?

To add fuel to fire The Wall Street Journal wrote:

'“The objective of this manipulation is to conceal the mismanagement of the US dollar so that it might retain its function as the world’s reserve currency. But to suppress the price of gold is to disable the barometer of the international financial system so that all markets may be more easily manipulated. This manipulation has been a primary cause of the catastrophic excesses in the markets that now threaten the whole world.”

So, the gold cartel now has a big target. It is inevitable that the big traders and hedge funds will push the naked shorts to the wall by asking for physical metal. If there is a squeeze on the naked shorts, the sky is the limit for precious metal prices.

There have been reports that over the past 10 years, the gold cartel has staged a controlled retreat. It has been fighting the advancing gold price with propaganda, paper short sales and the occasional dishoarding of physical metal from central bank vaults and more recently, the IMF. This retreat is about to turn into a rout, which means the upside potential for the precious metals is huge.

The CFTC hearing came about in part because of long-term complaints from organizations such as the Gold Anti-Trust Action Committee and individual analysts such as Ted Butler, Reg Howe, James Turk, Frank Veneroso and Adrian Douglas that the gold and silver commodity markets have been subject to blatant extensive price suppression manipulation by the US government and its trading partners.

In November 2009, Andrew Maguire, a former Goldman Sachs silver trader in that firm’s London office, had contacted the CFTC Enforcement Division to report the illegal manipulation of the silver market by traders at JPMorgan Chase. He described how the JPMorgan Chase silver traders bragged openly about their actions, including how they gave a signal to the market in advance so that other traders could make a profit during the price suppressions.

Maguire had a series of emails with Eliud Ramirez of the CFTC enforcement division explaining how the manipulations were tied to the Bureau of Labor Statistics monthly release of non-farm payroll figures and other recurring events.

In effect, the commissioners were told that almost all of the trading activities on the London exchange were merely settled by paper for paper, not for physical metals as the exchange supposedly requires. Further, the commissioners were told that it was impossible for the London exchange to ever deliver all the gold and silver owed to the owners of contracts.

After the hearing, GATA publicly released copies of Maguire’s e-mails with the CFTC.