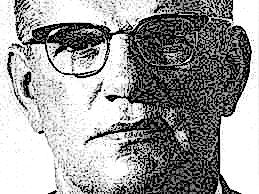 Washington, D.C., August 11, 2010 – Documents posted by the National Security Archive on the 40th anniversary of the death of U.S. advisor Dan Mitrione in Uruguay show the Nixon administration recommended a “threat to kill [detained insurgent] Sendic and other key [leftist insurgent] MLN prisoners if Mitrione is killed.” The secret cable from U.S. Secretary of State William Rogers, made public here for the first time, instructed U.S. Ambassador Charles Adair: “If this has not been considered, you should raise it with the Government of Uruguay at once.”

The message to the Uruguayan government, received by the U.S. Embassy at 11:30 am on August 9, 1970, was an attempt to deter Tupamaro insurgents from killing Mitrione at noon on that day. A few minutes later, Ambassador Adair reported back, in another newly-released cable, that “a threat was made to these prisoners that members of the ‘Escuadrón de la Muerte’ [death squad] would take action against the prisoners’ relatives if Mitrione were killed.”

Dan Mitrione, Director of the U.S. AID Office of Public Safety (OPS) in Uruguay and the main American advisor to the Uruguayan police at the time, had been held for ten days by MLN-Tupamaro insurgents demanding the release of some 150 guerrilla prisoners held by the Uruguayan government. Mitrione was found dead the morning of August 10, 1970, killed by the Tupamaros after their demands were not met.

“The documents reveal the U.S. went to the edge of ethics in an effort to save Mitrione—an aspect of the case that remained hidden in secret documents for years,” said Carlos Osorio, who directs the National Security Archive’s Southern Cone project. “There should be a full declassification to set the record straight on U.S. policy to Uruguay in the 1960’s and 1970’s.”

“In the aftermath of Dan Mitrione’s death, the Uruguayan government unleashed the illegal death squads to hunt and kill insurgents,” said Clara Aldrighi, professor of history at Uruguay’s Universidad de la República, and author of “El Caso Mitrione” (Montevideo: Ediciones Trilce, 2007). “The U.S. documents are irrefutable proof that the death squads were a policy of the Uruguayan government, and will serve as key evidence in the death squads cases open now in Uruguay’s courts,” Osorio added. “It is a shame that the U.S. documents are writing Uruguayan history. There should be declassification in Uruguay as well,” stated Aldrighi, who collaborated in the production of this briefing book.

Uruguay, with a long-standing democratic tradition, entered a crisis during most of the 1960’s and 1970’s. The U.S. government feared the strongest Latin American insurgency at the time, the leftist Movimiento Nacional de Liberación (MLN-Tupamaros) would topple a weak Uruguayan government so they therefore supported the Uruguayan Government with economic and security assistance. The U.S. AID Office of Public Safety helped enhance the counterinsurgency techniques of a Uruguayan police renowned for the wide use of torture among prisoners. Under Dan Mitrione, the OPS consolidated the Uruguayan police’s National Directorate for Information and Intelligence (Dirección Nacional de Información e Inteligencia, DNII). It was right at this time that the Tupamaro insurgents kidnapped Mitrione on July 31, 1970, and demanded the release of 150 Tupamaro prisoners.

During the ten days Mitrione was kidnapped, the U.S. went to great lengths to secure his release. Nixon administration officials pressured the Uruguayan government to negotiate, offer ransom and, in the words of President Richard Nixon himself, “spare no effort to secure the safe return of Mr. Mitrione.”

Dan Mitrione was a policeman from Richmond, Indiana who later became an FBI agent. In the mid 1960’s, he was hired by the U.S. AID Office of Public Safety to train policemen in Brazil and Uruguay. According to A. J. Langguth in his book Hidden Terrors (Pantheon Books, 1978, p. 286) in Uruguay, as the U.S.-trained officers came to occupy key positions in the police, the claims of torture grew. Langguth believed Mitrione taught torture to Uruguayan officers. Mitrione’s activities inspired filmmaker Costa Gavras for his film “State of Siege,” which portrays the U.S. support for a dictatorial government and the widespread use of torture by security forces in Uruguay.

The nine documents posted today by the National Security Archive contain evidence that the Government of Uruguay unleashed death squads activity in the wake of Mitrione’s execution, and that the United States was aware of these extra-judicial operations. While further declassification is needed to fully comprehend the development of death squad activities in Uruguay, the release of these documents is an important step in advancing international understanding of the Mitrione case and this chapter of U.S. and Uruguayan history.

Note: U.S. government documents bear a Zulu (z) or Greenwich standard time. For clarity as to how events evolved, we have included here Uruguayan (UR) and (US) times also.

This monthly summary of insurgent activities by the Natio

nal Directorate of Information and Intelligence (Dirección Nacional de Información e Inteligencia-DNII) of the Uruguayan police includes information on the kidnapping and eventual death of Dan Mitrione on August 10. Some of the entries report:

On August 1st the MLN-Tupamaros issue a communiqué requesting the liberation of detained Tupamaros which at the time amounted to 150 prisoners. The communiqué reports on the health situation of Mitrione who had a wound on his upper abdomen.

On August 8, the Tupamaros announce that their demand for the release of insurgent prisoners has not been met and that they will kill Dan Mitrione at noon on Sunday, August 9.

Note: This document was found by Clara Aldrighi who was granted access to the DNII archives in Montevideo along with a group of researchers in 2005.

In a personal message addressed to Uruguayan President Pacheco, President Richard Nixon expresses his appreciation for “your assurances in your cable of August 2 to employ every means available to you to secure the most rapid release of Dan Anthony Mitrione […]” Nixon concludes by stressing “I am confident that consistent with the spirit of your cable you will not foreclose any actions which could bring about the safe return of Mr. Mitrione […]”

On Saturday, August 8, U.S. Ambassador Charles Adair, along with Embassy officials and Uruguayan Foreign Minister Peirano and his staff, meet in Montevideo for half an hour at around 19:00 hours. The day before, nine top MLN-Tupamaro leaders had been captured by the police and the Tupamaros announced that they would kill Mitrione at noon on Sunday if their request for the release of all MLN members in prisons is not met.

In this cable, Adair reviews his conversation: “I briefly reviewed current situation and expressed growing concern over now critical position of Mitrione… I then handed him a list of four suggestions for activity:

A. Appeal publicly to those few who are holding Mitrione for safe delivery Mitrione. Offer them amnesty or amnesty plus an award (5 million pesos).

B. Offer amnesty to key persons now being held in return for information leading to release of the three men [Mitrione, Dias Gomide, Fly]

C. Repeat (and repeat) offer of reward for information.

D. If information has been received and 5 million pesos paid– thank the person (not identified) publicly and urge others to come forth with more information.”

Peirano dismisses public calls for a reward for information and favors communication with the insurgents through discreet channels. Adair reports that Peirano “wanted to suggest to me that the US government (Repeat, US government) itself undertake secret ransom effort directly with MLN.” Adair rejects the idea and Peirano accepts it.

An official whose name is excised in the cable, states that the “Uruguayan Government is now asking judge for authority to utilize sodium pentathol [truth serum] on MLN prisoners and has requested assistance from Buenos Aires. Also interior Ministry would shortly issue communiqué saying it intended to undertake most extreme police measures to locate kidnap victims.”

Adair adds in the cable that Peirano called him after this meeting to say that a private channel had been established to negotiate amnesty and reward to someone within the Tupamaros. Adair closes his report by asking the Department of State to get ready to come through with the U.S. government offer for cash “as it is conceivable GOU or private contact (unknown to us) who now dealing with subject may before noon tomorrow approach us for participation in funding the operation.”

Nine days after Dan Mitrione’s kidnapping, the Uruguayan security forces still had no information of his whereabouts. They did, however, capture Raúl Sendic, MLN leader/founder, and several other important MLN leaders on August 7.

On August 9, thirty minutes before the deadline set by the Tupamaros to kill Mitrione, in a “flash” secret cable urging action from Ambassador Adair, Secretary of State William Rogers writes,

“[w]e have assumed that the Government of Uruguay has considered use of threat to kill Sendic and other key MLN prisoners if Mitrione is killed. If this has not been considered, you should raise it with GOU at once.”

The cable bears the Exclusive Distribution caption EXDIS, meaning that the information in this message is highly classified and should be shared only with the recipient (Adair), the Secretary of State and the White House.

Note: Raul Sendic escaped from prison in 1971, was recaptured by police in 1972 and remained in prison until the military dictatorship ended in 1985.

Right at the time of the noon deadline, Ambassador Adair reports in this cable about a meeting he held at 11 am with the Uruguayan Foreign Minister to discuss the situation.

Adair reports that he spoke to Foreign Minister Peirano who had just “returned from President Pacheco’s office. I told him that at this last moment, we were receiving number of telephone calls and (as a backdoor method of bringing up subject of possible U.S. contribution to Uruguayan Government efforts) I told him one had been from Uruguayan vigorously complaining that money offered by Uruguayan Government was not sufficient.” Adair states that the Uruguayan government now is clear that money should not be an issue and implies that the U.S. is ready to provide whatever is necessary. He then goes on to describe ongoing secret meetings with undisclosed contacts.

Nevertheless, Adair writes that the Uruguayans have “an increasing feeling that in fact Mitrione is dead.” Adair reports that “[w]hen the noon deadline is reached, the Uruguayan Government intends to take what [excised] called ‘severe measures’ (which he did not describe).”

In his response to Secretary Rogers’ suggestions, Ambassador Adair explains that he showed the Secretary of State’s message to the Uruguayan Foreign Minister. While the latter stated that “his type of government did not permit such action,” but “he [the Foreign Minister] understood that through indirect means, a threat was made to these prisoners that members of the ‘Escuadrón de Muerte’ (Death Squad) would take action against the prisoners’ relatives if Mitrione were killed.”

This cable represents the earliest recorded recognition of the existence of Uruguayan death squads by the U.S. government, and evidence of Washington’s knowledge of their use.

Since there is no conclusive reports that Dan Mitrione is dead, on the evening of August 9, 1970, President Nixon sends a message to President Pacheco insisting that his government “spare no effort to secure the safe return of Mr. Mitrione and Dr. Fly.”

“Policemen found Mitrione’s body at 4:15 a.m… August 10… He had been shot several times at close range. U.S. Public Safety advisers, including two experienced homicide detectives, rushed to the scene… [They] concluded without doubt that death must have occurred at or shortly before 4:00 a.m., well after the Tupamaro deadline.”

Written originally in 1981, the report was later revised to include additional declassified records documenting the policies and actions of the U.S., the Uruguayan government and the Tupamaros during the 11 days of Mitrione’s kidnapping.

The report writers evidently did not have access to the key documents showing U.S. support of death threats against prisoners nor the Uruguayan government’s launching of death squads. Nevertheless, a brief mention of the subject on page 55 states that at the time of the kidnappings, “[o]minous talk…hinted at the prospective formation of death-squad and vigilante paramilitary organizations.” 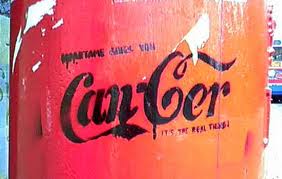