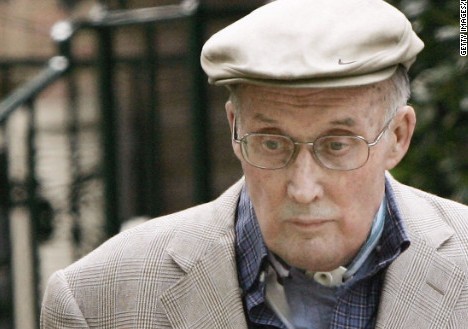 Definition of an activist judge: “Rehnquist saw himself as a partisan. When he came to the court in 1971 (as an associate justice), he came with an agenda to really move the court to the right. And it was a partisan’s agenda. I don’t really say that in a negative way; really, it’s a description of what Rehnquist himself was and how he saw himself. …”

Washington (CNN) — One of the most divisive and influential jurists in American history, Chief Justice William Hubbs Rehnquist served on the Supreme Court for more than a third of a century during a time of enormous and political and social change in the United States.

Appointed by Richard Nixon in 1971 to a liberal-dominated high court in the aftermath of the volatile 1960s, Rehnquist died of cancer in 2005 while still serving in the job he loved and presided over with a firm hand.

His life story is little known to the public, but now the first full biography of the Wisconsin native reveals a complex, intelligent, and conservative man. “The Partisan: The Life of William Rehnquist” (PublicAffairs Books) was written by John A. Jenkins, a journalist and longtime executive at CQ Press. The thoroughly researched account is based in part on a lengthy profile from 1984 by Jenkins, who conducted the last major interview given by the private Rehnquist.

Jenkins portrays the 16th chief justice of the United States as a “brilliant loner who used the court to advance his right-wing agenda.” That iconoclastic, politically driven judicial philosophy — according to Jenkins — helped move the high court to the right over the years, and made the justices on both sides targets of critics, who saw them as more interested in winning their hot-button cases than “getting the law right.”

CNN: Why did you title your biography “The Partisan”?

John A. Jenkins: I had a responsibility to really place his jurisprudence in context. This was a man who was deep and fascinating. Setting the record straight was important. I thought it was particularly apt when The New York Times titled my original profile of Rehnquist “The Partisan” (in 1984). But also, Rehnquist saw himself as a partisan. When he came to the court in 1971 (as an associate justice), he came with an agenda to really move the court to the right. And it was a partisan’s agenda. I don’t really say that in a negative way; really, it’s a description of what Rehnquist himself was and how he saw himself.

CNN: That approach is not how many people view the role of judges.

Jenkins: In 1971, you certainly wouldn’t look at the other judges who were ultimately on the court and say they had a similar agenda. He was unique at that time. It’s one of the reasons that I deem him to be so important in the history of the court. He was the first justice who really fulfilled the desire on the part of the president who appointed him — Richard Nixon — to have someone on the court with such an agenda. Frequently the other presidents were foiled when that political agenda wasn’t realized when their appointees got to the bench. We saw that, time and again, Rehnquist actually fulfilled the desire and agenda of his appointing president.

Today, we’re more apt to have justices increasingly on a political court, who have those agendas. I think if you look at (Justice Antonin) Scalia, if you look at (Clarence) Thomas, if you look at (Samuel) Alito and probably (Chief Justice) John Roberts, on the right, as well as the justices who line up on the left — many of them are active partisans for a cause. But at the time Rehnquist came in, it was very, very unusual.

CNN: What did Nixon’s staff see in Rehnquist? Here was someone who was never a judge when he was nominated to the high court.

Jenkins: The story of how Rehnquist got to the court is a fascinating story in its own right. He was probably the most unlikely choice of Nixon’s. Rehnquist had always been a highly partisan, a divisive figure, even in conservative politics. His national political experience went back to the (Sen. Barry) Goldwater presidential campaign in 1964. He became chief counsel of the campaign and ultimately became one of the few people to stick with Goldwater right to the bitter end. And he was the person who persuaded Goldwater to vote in 1964 against the Civil Rights Act — one of the few people to fall on his sword and stand up against that law during the Johnson administration.

When Nixon is elected president in 1968, (Rehnquist is) on the Republicans’ radar as someone who could come into the Justice Department and play an important role. He became head of the Office of Legal Counsel under the attorney general, and Rehnquist wound up vetting all the other Nixon high court nominees. He was never thought of as someone who would be a nominee himself. But they had such a difficult time in the early years of the Nixon administration getting Supreme Court nominees approved, that when they needed someone who could be put up as a nominee, suddenly they turned to the very man who’d been vetting those candidates himself.

CNN: In his early years on the bench he was known as the “Lone Ranger” for often being the only conservative dissenter.

Jenkins: The court moved under him as much as he moved the court. When he became chief justice in 1986, and then Scalia and Thomas came on board, he got a critical mass of justices on the right.

CNN: Rehnqust was not known for any one case or opinion he authored. What is his legacy?

Jenkins: Rehnquist’s legacy is that he politicized the court. And that’s huge for this man of great intellect and great promise to be able to achieve. Whatever you think of Rehnquist the man, you have to give him credit for sticking to an agenda, sticking to his guns and standing up for what he very passionately believed.

The jurisprudential legacy, if you will, I think for Rehnquist was not really so important to him, and that’s why there really are no cases that you might think about as cases that defined Rehnquist. Unless you think of (the 2000) Bush v. Gore, and that really is the one case (for which) the Rehnquist court will always be remembered.

CNN: I only met him a few times, and he was generally leery of dealing with reporters. His colleagues all said he was a private person. What was his personal style?

Jenkins: He was viewed as someone who was extremely fair and even revered for how he handled the (private) conference and the assigning of opinions. The chief justice has several important functions to play. He’s responsible for the administration of the entire federal judiciary. And also responsible for running the conference, where the nine justices privately decide who is going to write an opinion and what the opinion is going to be. Rehnquist gets very high marks on both of these scores by his peers. He was a passionate advocate for the judicial machinery and efficiency. He was never anything but fair in that conference.

CNN: After years of research, you conclude he was a very complex person.

Jenkins: Rehnquist is a man who just had a tremendous amount going on in his mind that he really wasn’t revealing to anyone who was around him in the court. He was trying desperately and passionately to write a novel that he could get published, starting in the early 1970s. He was never successful. He wanted to argue with the rejection letters — he wasn’t accustomed to being told that something that he did was not good.

He was also a painter and a gifted cartoonist. In high school and college, he was a great sketch artist. He was kind of a guy — like Picasso was to art, he was to law. He could look at a blank piece of paper and he could imagine all sorts of things that could go on it. And he wanted to make time for that. He could be stern and abrupt and harsh in his judgment. He was like the guy who told you to eat your broccoli. He believed there were certain things that you needed to do — keep your word, uphold the code.

CNN: What would Rehnquist think of the current court?

Jenkins: Roberts (a former law clerk for Rehnquist) is his natural heir, and I believe that Rehnquist would be largely satisfied with how things are going. I don’t think the court is operating in a significantly different way than it operated under Rehnquist. The thing that has me scratching my head is what he would say about the Affordable Health Care Act decision (in June, upholding the law championed by President Obama), how he would have voted. I don’t think Rehnquist would have voted as his successor voted.

We’ll just have to see how Roberts evolves in the future, or if he evolves as a leader of the court. But Rehnquist overall would look at the court and be satisfied with his legacy. He really brought that about and it was built upon by the other justices, like Scalia. But Rehnquist was the guy who made it acceptable for all those men and women to come later and be partisans.