Book Review – The Complex: How the Military Invades Our Everyday Lives 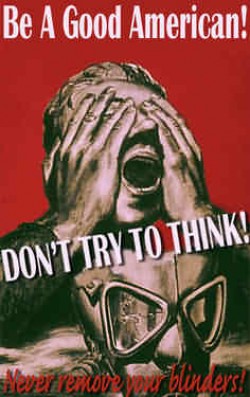 At some point while readers are perusing his The Complex, Tomdispatch.com associate editor Nick Turse appears to want readers to put the book down and breathe out a quiet, awed, “Whoa”. The idea seems to be that readers will have had no idea, none, about the extent to which the military has thrust, crawled, and seeped into practically every aspect of our society over the past few decades. The result would then apparently be something like the moment in The Matrix—that all-purpose touchstone of the 9/11 Generation when it wants to convey the naiveté of humanity—when Neo realizes that everything around him is controlled by sinister and all-powerful forces. There is no moment like that in The Complex, though it’s certainly not for a lack of evidence.

Evidence, in fact, is the only arrow Turse seems to have in his quiver as he goes about describing the exact extent of the modern military-industrial complex. Starting out with a day in the life of an imagined couple (Rick and Donna), Turse details how every single one of the brands they use and encounter throughout their life have some connection to the military. Whether it’s their computer by Hewlett-Packard (military contractor), the foodstuffs in their pantry (all of whom supply the military, from Sara Lee to Hershey), their Saturn in the garage (owned by GM, which also makes the Hummer), or their iPod (yep, even Apple works for the men in uniform), everything is tied into what Turse calls The Complex, or more tellingly, “the real Matrix.”

In short order, Turse is able to show that everything in the daily life of the average American has some defense establishment tie, but that’s where the argument ends. Turse seems so taken with the idea of the Pentagon as octopus-tentacled uber-fiend that he forgot to take much time to step back and explain what in fact is wrong here. It may come as a shock to Turse and some of the folks at the American Empire Project which The Complex is an installment, but the mere connection of a product to the Pentagon (like video games developed in association with the Marines) is not going to shock or even upset every person who reads this book. Not every American believes that the military is by definition evil and so would not be automatically disturbed by its taint. But in the manner of fellow fulminator and Sorrows of Empire author Chalmers Johnson, this is a point that Turse seems hardly to have considered.

That said, Turse has obviously hit upon a topic of great worry, arguably one of the most pressing problem facing the future of American democracy, namely the insidious growth of the military-industrial complex to where its ubiquity appears to dwarf even its already gargantuan size at the time of Eisenhower’s prophetic farewell speech warning against just such an establishment. The idea that the American military has had essentially a blank check to spend mostly unmonitored sums on just about anything it pleases, and has co-opted a huge swath of private and public institutions from schools to companies to further its goals, is one that hardly augers well for a lasting and fruitful democracy.

But Turse’s seeming lack of true knowledge about his subject keeps him from engaging with it on any deeper level than surface-oriented dismay. A large portion of The Complex is given over to showing how the military markets itself to the youth market with X Games-style extreme coolness, hip ads, MySpace pages, and a well-calibrated trend-consciousness in order to brand itself as an awesome way for kids to get some money and see the world. Similarly Turse (being the data-hunter that he is) shows the rapidly growing level of financial incentives that the Pentagon is using to increase volunteer enlistment during wartime. Again, this is all good information, though it has certainly been well reported on in the media for some years now. Also, Turse’s mostly non-analytical style here makes the book seem particularly naïve, as though it would purport that any large state military throughout history has not done everything within its power to garner recruits and burnish its image? The problem lies with a civilian leadership that has allowed the military to essentially set its own agenda without oversight; one shouldn’t be shocked that TV ads for the Marines don’t include a reality disclaimer: “Warning: You May Die.”

Just like far too many current muckraking books, The Complex doesn’t seem to rely much on humans for its hair-raising figures. Turse is research director at the Nation-affiliated Tomdispatch.com, and his background shows in the material collected here. Most of the book’s stats and figures appear to have come from the murkier recesses of government accounting, particularly Department of procurement data and reports. (Assumedly, that’s how readers will discover in the “Military-Doughnut Complex” chapter how the army spent $147,689 at Krispy Kremes in Georgia and Kentucky during 2002.) A lot seems to have been dredged up from Wired‘s future-war blog Danger Room, and the work of other investigative reporters, who only get credited at the end. It’s a book that could have been written while sitting at one desk and never even seeing the inside of the Pentagon, or any military establishment, or speaking to a single person with any knowledge on the subject.

As such, The Complex is an airless and rather pointless recitation of facts that feels cut-and-pasted rather than written. Yes, it’s certainly a maddening frisson of Heller-ian proportions that, as Turse reports, Guantanamo has three Starbucks stands. But he never follows up on that bizarre fact, just leaves it dangling there. Any accounting of the Pentagon’s legendarily byzantine and wasteful expenditures is always a worthwhile endeavor, whether it’s showing how the US military spent $6 million on sheet music, accessories, and instruments in 2005, or runs an excessive-sounding 172 golf courses worldwide. But with only the occasional blog-style snark breaking the monotony (and when Turse tries to be funny, the results aren’t pretty) and no deeper analysis of why all of this is a problem, how it came about, and what can be done about it, The Complex becomes more an angry recitation of data (think of all those menacing lines of code from The Matrix) than a book.

The Corruption of Shrevesport’s Fire Chief: The Post-Katrina Louisiana Mafia Feeds on Federal Largesse
May 11