Military Drones, the Next Generation 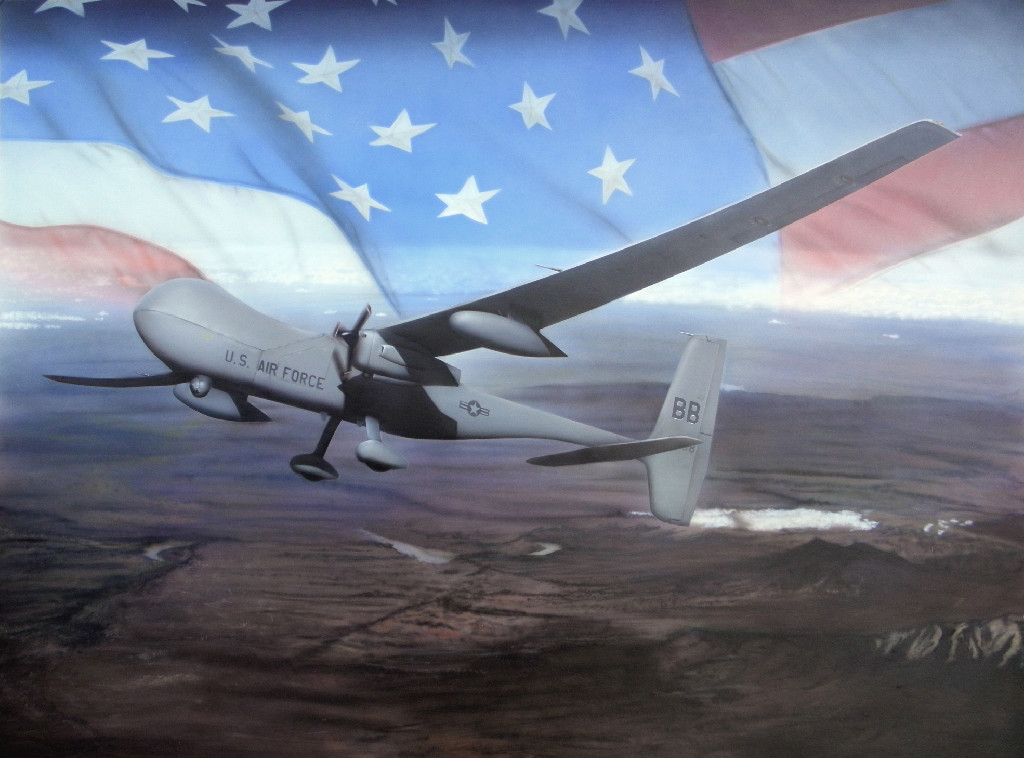 When bombs strike international terrorists in years to come, without putting a single U.S. service member in danger, it will be courtesy of Lowndes County.

Aurora Flight Sciences gave the public its first glimpse of the Orion unmanned aerial vehicle. The drone is designed to remain in flight for five days at 20,000 feet and is capable of carrying a payload of 1,000 pounds.

As Sen. Roger Wicker, R-Miss., pointed out during the unveiling ceremony at Aurora’s production facility Monday, the Orion can be used to surveil drug traffickers in South America or terrorists in Afghanistan or deliver bombs.

Aurora CEO John Langford said, after the ceremony, some of the design and development on the Orion took place at Aurora’s Virginia, West Virginia and Massachusetts facilities, but the majority of the project was born in Mississippi.

“We’re a little company and it’s taken everything we’ve got to succeed. But the Orion’s home is here in Columbus. It’s where it’s been designed, built and put together,” he said.

The “little company,” however, is about to get a bit bigger. Aurora hopes to produce 10-20 Orion UAVs a year, which involves increasing employment at its Lowndes facility from 60 to as many as 300.

“It’s all about making defense more effective and affordable, which is critical in the sense of addressing the deficit issue, but at the same time building sustainable economic development here in the Golden Triangle,” said Langford.

Or, as Wicker put it, Aurora is “where national defense and job creation intersect.”

Sen. Thad Cochran, R-Miss., who joined Wicker, along with District 1 Rep.-elect Alan Nunnelee at Aurora, reminisced in his remarks to the crowd about how the Orion program originally met a lukewarm reception from the Senate Appropriations Committee in Washington. But Wicker, he said, believed in the program from the start and pushed to secure the contract for the sake of Mississippi workers and U.S. soldiers all over the world.

Monday marked a milestone in that effort.

“Our state is justifiably proud of this national security asset manufactured in Mississippi with the capabilities our commanders on the ground say they need,” said Cochran.

The model presented to the crowd Monday at Aurora was the real deal, minus the electrical systems. Langford said the Orion may make its test flight around the Golden Triangle, although the Air Force, which is purchasing the machines, will make that call.

“The next step is integration and tests and to put all the systems onboard. The airplane could easily fly as early as next summer if the program continues on track, but we’ll follow the guidance of the Air Force,” he said.

Two-thirds of Aurora’s Lowndes workforce will focus on the Orion while the remaining third manufacture a sonobuoy launcher for the Navy’s MH-60R Seahawk helicopter. Sonobuoys are used to detect submarines. 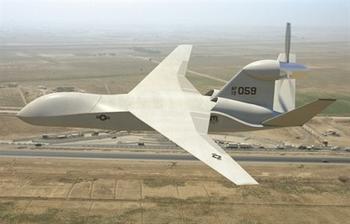 The next generation MQ-X UAV in trials / blogspot.com

The U.S. military is looking for sturdier, more survivable UAVs; the military regards the airspace over Pakistan and Afghanistan as “permissive environment” — and it wants UAVs to be able to do their work in what it describes as “contested airspace”

The U.S. Air Force’s unclassified effort to field a next generation UAV, dubbed MQ-X, has been on hold for nearly a year now, but the service’s top requirements officer weighed in the other day on what he thinks the plane should be capable of.

“We need to look at bridging from the permissive environment” today’s drones like the MQ-1 Predator and MQ-9 Reaper fly in over places like Afghanistan and “contested airspace” where something like a Reaper would make easy prey, Lt. Gen. Philip Breedlove, the Air Force’s chief of operations, plans and requirements for the U.S. Air Force said during a breakfast with reporters in Washington, D.C. “We need a capability in that area and I think MQ-X is a good place to have that conversation.”

Defense Technology reports that in fact, combatant commanders around the world are already starting to ask for something more survivable than our existing drones, according to Breedlove.

From his perspective, the plane would not necessarily be high-end stealth, but it would be more survivable than the current crop of propeller-driven UAVs prowling the skies of the Middle East.

The Air Force is already working on capabilities that can go into extremely heavily defended regions, but needs something that can handle less heavily defended but still dangerous airspace, according to Breedlove.

He did not elaborate on what he meant by more survivable, but Defense Technology’s John Reed has heard senior Air Force officials talk about the need to make next-generation UAVs such as MQ-X faster, more maneuverable, and equipped with countermeasures or maybe air-to-air weapons.

The general did not give a timeline for when he thought the service will have hashed out what it wants the drone to look like.

“This makes me wonder,” reed writes. “What about all those next-generation Unmanned Combat Air Vehicles being designed?”

The U.S. Navy is already looking to capitalize on that type of design for its Unmanned Carrier Launched Surveillance and Strike UAV which it hopes to have in limited service by the end of this decade. “Is such a plane too expensive for MQ-X style missions?” Reed asks, and adds: “Also, I’m curious, what category of survivability does the stealthy-looking RQ-170 actually fall under?”