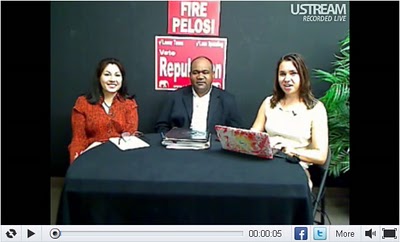 A nasty battle between factions of Legislative District 20 Republicans and fears that it could turn violent in the wake of what happened in Tucson on Saturday prompted District Chairman Anthony Miller and several others to resign.

Miller, a 43-year-old Ahwatukee Foothills resident and former campaign worker for U.S. Sen. John McCain, was re-elected to a second one-year term last month. He said constant verbal attacks after that election and Internet blog posts by some local members with Tea Party ties made him worry about his family’s safety.

In an e-mail sent a few hours after Saturday’s massacre in Tucson that killed six and injured 13, including U.S. Rep. Gabrielle Giffords, Miller told state Republican Party Chairman Randy Pullen he was quitting: “Today my wife of 20 yrs ask (sic) me do I think that my PCs (Precinct Committee members) will shoot at our home? So with this being said I am stepping down from LD20GOP Chairman … I will make a full statement on Monday.”

Pullen was in Washington, D.C. and not available for comment, an employee in his office said. State party spokesman Matt Roberts said he could not discuss details of the district’s disputes but, “Anthony has been a good Republican and was really involved in LD20.”

The newly-elected Dist. 20 Republican secretary, Sophia Johnson of Ahwatukee, first vice chairman Roger Dickinson of Tempe and Jeff Kolb, the former district spokesman from Ahwatukee, also quit. “This singular focus on ‘getting’ Anthony (Miller) was one of the main reasons I chose to resign,” Kolb said in an e-mail to another party activist. Kolb confirmed the contents of the e-mail to the Republic.

District 20 includes parts of Chandler, south Tempe and Ahwatukee Foothills. Republican state Rep. Bob Robson of Chandler and Sen. John McComish of Ahwatukee said they had supported Miller as chairman and were sorry to see him go. “It’s too bad,” McComish said. “He didn’t deserve to be hounded out of office.”

A longtime Republican activist, McComish said contentious battles for local party leadership posts are nothing new, but this one appears to be more extreme, especially since there are no partisan elections in 2011 and by next year district boundaries will change.

Kolb said the Tea Party and associated conservative groups ran their slate of candidates for seven Dist. 20 leadership positions, winning three — the treasurer’s post and two vice-chairmanships. However, Miller beat challenger Thomas Morrissey for the top post after Sheriff Joe Arpaio made a personal appearance for Morrissey. Phone messages left for Morrissey were not returned.

After the election and around the December holiday season, some of Miller’s detractors made an issue of the residency of Dickinson, the first vice-chairman. Dickinson, who did not return phone messages, was a supporter of Miller’s and allegedly moved to a different precinct within Dist. 20 last year, making him ineligible for the leadership post. Miller said he told the critics he would handle the matter after the holidays. In the meantime, a series of accusatory e-mails was exchanged among party members. Some blasted Miller’s support of McCain, called him a “McCainiac with a penchant for violating the rules” and a “McCain hack.”

Members of the Ahwatukee Tea Party group did not respond to e-mails seeking comment.

Miller said when he was a member of McCain’s campaign staff last year has been criticized by the more conservative party members who supported Republican opponent J.D. Hayworth. The first and only African-American to hold the party’s precinct chairmanship, Miller said he has been called “McCain’s boy,” and during the campaign saw a critic form his hand in the shape of a gun and point it at him.

“I wasn’t going to resign but decided to quit after what happened Saturday,” Miller said. “I love the Republican Party but I don’t want to take a bullet for anyone.”

The Mind of Hermann Goering
Jan 13