There’s not nearly as much disagreement regarding what happened to John and Robert Kennedy as major communications corporations would have you believe.

By now there’s not nearly as much disagreement regarding what happened to John and Robert Kennedy as major communications corporations would have you believe. While every researcher and author highlights different details, there isn’t any serious disagreement among, say, Jim Douglass’ JFK and the Unspeakable, Howard Hunt’s deathbed confession, and David Talbot’s new The Devil’s Chessboard.

Jon Schwarz says The Devil’s Chessboard confirms that “your darkest suspicions about how the world operates are likely an underestimate. Yes, there is an amorphous group of unelected corporate lawyers, bankers, and intelligence and military officials who form an American ‘deep state,’ setting real limits on the rare politicians who ever try to get out of line.”

JFK and the Unspeakable depicts Kennedy as getting in the way of the violence that Allen Dulles and gang wished to engage in abroad. He wouldn’t fight Cuba or the Soviet Union or Vietnam or East Germany or independence movements in Africa. He wanted disarmament and peace. He was talking cooperatively with Khrushchev, as Eisenhower had tried prior to the U2-shootdown sabotage. The CIA was overthrowing governments in Iran, Guatemala, the Congo, Vietnam, and around the world. Kennedy was getting in the way.

The Devil’s Chessboard depicts Kennedy, in addition, as himself being the sort of leader the CIA was in the habit of overthrowing in those foreign capitals. Kennedy had made enemies of bankers and industrialists. He was working to shrink oil profits by closing tax loopholes, including the “oil depletion allowance.” He was permitting the political left in Italy to participate in power, outraging the extreme right in Italy, the U.S., and the CIA. He aggressively went after steel corporations and prevented their price hikes. This was the sort of behavior that could get you overthrown if you lived in one of those countries with a U.S. embassy in it.

Yes, Kennedy wanted to eliminate or drastically weaken and rename the CIA. Yes he threw Dulles and some of his gang out the door. Yes he refused to launch World War III over Cuba or Berlin or anything else. Yes he had the generals and warmongers against him, but he also had Wall Street against him.

Of course “politicians who ever try to get out of line” are now, as then, but more effectively now, handled first by the media. If the media can stop them or some other maneuver can stop them (character assassination, blackmail, distraction, removal from power) then violence isn’t required.

The fact that Kennedy resembled a coup target, not just a protector of other targets, would be bad news for someone like Senator Bernie Sanders if he ever got past the media, the “super delegates,” and the sell-out organizations to seriously threaten to take the White House. A candidate who accepts the war machine to a great extent and resembles Kennedy not at all on questions of peace, but who takes on Wall Street with the passion it deserves, could place himself as much in the cross-hairs of the deep state as a Jeremy Corbyn who takes on both capital and killing.

These are tougher questions than “What if there had been no Lee Harvey Oswald?” The answer to that is, “There would have been another guy very similar to serve the same purpose, just as there had been in the earlier attempt on JFK in Chicago. But “What if there had been no Allen Dulles?” looms large enough to suggest the possible answer that we would all be better off, less militarized, less secretive, less xenophobic. And that suggests that the deep state is not uniform and not unstoppable. Talbot’s powerful history is a contribution to the effort to stop it.

I hope Talbot speaks about his book in Virginia, after which he might stop saying that Williamsburg and the CIA’s “farm” are in “Northern Virginia.” Hasn’t Northern Virginia got enough to be ashamed of without that?

This article was originally published at DavidSwanson.org and has been used here with permission.

To order “The Devil’s Chessboard”: 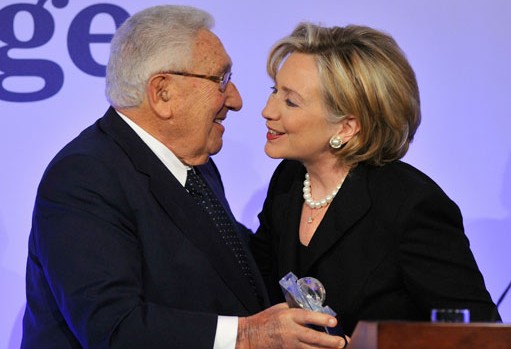