Argentina to Apologize for Holocaust Role 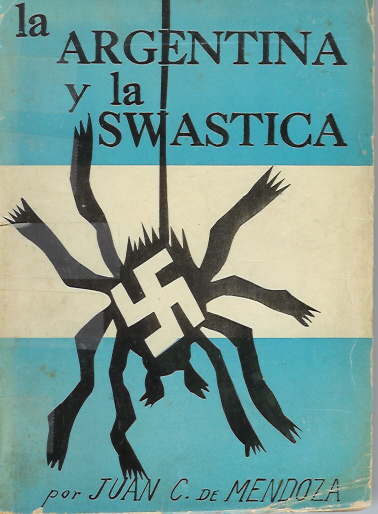 NEW YORK (Reuters) - The country that sheltered Adolf Eichmann, the Nazi who directed the murder of millions of European Jews, plans to apologize on Tuesday for its role in the H Bolocaust, a spokesman for Argentina President Fernando de la Rua confirmed.

Argentina has been praised by Jewish leaders for efforts, begun in 1992 under former President Carlos Menem, to cleanse itself of the stains on its past linked to its post-war role, when it gave refuge to at least 180 Nazis and collaborators. These included Dr. Joseph Mengele, the Auschwitz doctor whose experiments on prisoners earned him the name "Angel of Death."

But de la Rua, at a New York news conference, showed no inclination to apologize for Argentina's actions during World War II, when Juan Peron, a Nazi sympathizer, was the power behind the scenes. Asked whether Argentina was the regional hub for the Nazis' financial ties to Latin America during the war, de la Rua told reporters: "I have never heard anything about that." He added: "I am ma „king reference to the period after the war ... when Nazi criminals were allowed into our country." A

rgentina has 36 million people, 300,000 of whom are Jews, making this community the seventh largest in the world.

De la Rua, a former congressman who authored an anti-discrimination law, continued: "It is necessary to apologize for what happened and pay tribute to the victims of the Holocaust."

In February, 1945, the U.S. Treasury Secretary wrote the Secretary of State: "More recent reports indicate clearly that Argentina is not only a likely refuge for Nazi criminals but also has been and still is the focal point of Nazi financial and economic activity in this hemisphere." Germany formally surrendered in Rheims on May 7, 1945.

The declassified letter was provided to Reuters by the World Jewish Congress, an advocacy group. De la Rua is a member of the centrist Radical party, while Peronist Bs control the Senate and 13 out of 24 provinces, according to a spokesman for the president.

Peron became president in 1946, and one year later, his wife, "Evita" Peron, went to Europe. There has long been speculation in financial and diplomatic circles that during that trip she helped Nazis who had sought shelter in Argentina to launder their gold.

The WJC hailed the way Argentina confronted its past. Elan Steinberg, referring to the Commission of Inquiry into the Activities of Nazism in Argentina, told Reuters: "I want to stress the Argentine commission is an example fo ½r other countries to follow, and has been unflinching in its efforts to get at the truth." He added: "Its own investigative commission revealed what was long known -- that the Peronist government was sympathetic to fascist ideology and that the Nazis as well as Nazi assets found safe haven in the country after the war."

Steinberg, who along with WJC president, Edgar Bronfman, met on Monday with de la Rua, said Argentina's president told them that last Friday he signed a decree creating a special investigative unit to help a federal judge probe an anti-Jewish attack in which 86 people were killed in 1994. In the car-bombing of the AMIA Jewish community center, some 200 people were wounded.