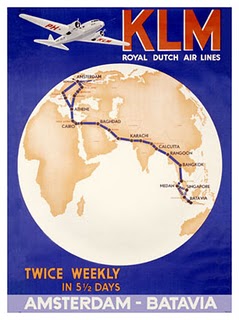 "The documents give the distinct impression that KLM was intensively involved in transporting Nazis," concludes aviation historian Marc Dierikx on the basis of documents from US and Swiss archives.

After World War II those suspected of involvement in the Nazi regime were prohibited from leaving Germany. Despite this a lot of war criminals fled, many to Switzerland, where they departed for South America. Despite warnings from the US, KLM transported the suspected Germans from Zurich to Uruguay and Argentina.

The air transport was lucrative for the airline because the Nazis were willing to pay a great deal to avoid trial.

Netwerk discovered that the KLM office in the Argentine capital of Buenos Aires acted as a mediator in helping Nazis to flee. The practices did not go unnoticed. The Dutch embassy in Argentina wrote a letter to the foreign minister in 1949 about the "undesirable situation of a strong German element at the KLM office" in Buenos Aires.

KLM says it has found no evidence in its own archives of deep involvement in the exodus of Nazis.

Nevertheless historian Dierikx says it is "hard to imagine" that the KLM leadership in the Netherlands did not know about the help being given fugitive Nazis at the time. "You cannot really maintain that."