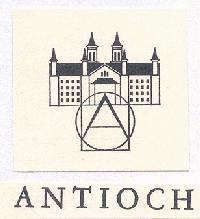 QUOTE (John Simkin @ Jul 2 2009, 07:12 AM) I am currently reading Gordon F. Sander's book Serling: The Rise and Twilight of Television's Last Angry Man. Sander says that within days of the assassination the United States Information Agency (an organisation very much under the control of the CIA) commissioned Serling to produce a documentary for international distribution about LBJ. Serling accepted the contract and afterwards LBJ sent him his "profound thanks" for his work.

Ruth Paine When I was at University of Dayton, in 1970-71, I took a class at Antioch on the history of Vietnam, taught by a former Saigon CIA Chief of Station. A few years later I was enrolled in the graduate program at Antioch Center for Social Research and Action in Baltimore, directed by a professor who was active in the Polish union (counter Soviet) activities at the time. Another professor arranged for us to use a special frequency radio at Bathesda Naval hospital to talk with other educators in the South Pacific and China. The Antioch professors were very good - and Connected. An old school, founded by Horace Mann, Antioch went co-ed, did away with grades and developed work-study programs decades before such things became popular. 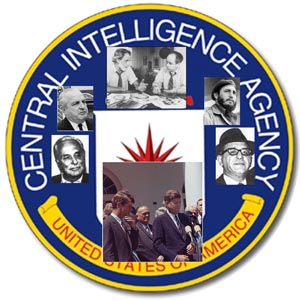 When Ruth Paine was working with Quakers in Nicaragua in the 1980s, she traveled and attended Quaker meetings with a student or someone affiliated with Antioch, who made others suspicious of them (for keeping notes and taking names), so she maintained her college connections. Antioch College at the moment is in dire financial straits; maybe they lost their CIA support? I'm sure Antioch, as it did with Ruth Paine, had a major effect on Rod Serling's outlook on life. As for the USIA, under JFK it was run by former CBS reporter Edward R. Morrow, a legend in his own time, who advised JFK to call off a CIA leafleting operation after it had been given preliminary approval and was ready to go, which illustrates the tight leash JFK wanted to hold on the CIA's Covert Ops against Cuba in 1963.

Some more Antioch connections to the assassination

Sgt. DONDALD SWARTZ, Intelligence Unit, Columbus Police Department, advised on November 29, 1963, he had received the following unverified information from a source he declined to identify:

LEE HARVEY OSWALD alleged attended Antioch College, Yellow Springs, Ohio, using his true name for a short period of time in 1957 and was dismissed because he was unable to prove his graduation from high school.

Many, many institutions of higher education that are not specifically supporting all the agendas of the military industrial complex were either repressed out of existence or “mainstreamed” Evergreen State College had an individualized degree program that supported studies in many new areas in the 60’s and 70’s but had student self-determination in education reduced to the point where now it is hard to distinguish it from most military corporate supported institutions. Still the spirit of independence lives on there more than other places of “higher learning” in the US.
I had to study drug rehab on my own since the drug war propaganda hate campaigns had so corrupted healthcare that the proper medical/psychological response to addiction and alcoholism was almost completely repressed out of the mass mind in the US, to be replaced with the usual fascist scapegoating, exclusion, and racism. What I found out was that in other countries, they had very effective responses to trauma and other root causal factors in drug addiction and alcohollism that had not taken root in the US.
We need people to blame other than ourselves for our various situations in the US; better that than face the truth that our nation is ten times as violent as Canada, that we have the highest number of peope incarcerated in the world for all the wrong reasons (fully 1,000,000 are in jail for cannabis alone, and that the worst of us would rather kill poor people than help them. This is why it is that the bible is written the way it is; too bad that the rightwing only reads the killing old testament part, and ignores or rationalizes away their responsibility to the poor and afflicted among us.
The main reason fascists resent higher education more than a whole lot of things is because if a person exercises reasonable restraint, hate-mongering and war mongering becomes a much harder task than if a people is angry and emotionally out of control, lusting for a new enemy to blame the situation they are in on. Leaders exploit this in order to fulfill their agendas and goals, however warped those goals may be. Antioch was a place where not only could you do book learning, you could get a lot of hands on experience in what you wanted to do, in order to see if that actually was your chosen field of endeavor.
Now as I look back, I wish I had finished college, but in what? All the alternatives are repressed and ridiculed and my country was in the middle of another huge fascist rise that had to be dealt with. It was and I did, but now on to my future again. One necessary prerequisite of any national/global fascist rise is eliminating the parts of higher education that are troublesome for the elite agenda. So now we are going back to the 50’s and the authoritarian education that proved to be so unsatisfying for most all of us then.
That is why the 60’s happened because the nation went so far right and amoral during the 50’s under the mcCarthyite wackos then. Many people confuse wealth with brains and that is a big, big mistake this nation has always made. Finally a canadian study found that it is half as expensive for a nation to invest in it’s people’s abiities and futures than it is not to do so. I had a friend do his pre-med work at Antioch and he went on to better things out of that learning experience. Just remember the CIA is all over higher education in the US; that’s why it is so screwed up and corporate.

ruth paine was involved in east- west cultural exchanges with the soviet union sponsored by the cia- fronts and covers used by the cia. everything from passing out leaflets to forming pro-castro organizations like oswald did. oswalds cover enabled him to be used as a patsy. ruth paine just kept using her cover -just in case they needed her again for another “babysitting” job.

Saugus, CA School Board Member Stephen Winkler: 'I am not a Nazi'