Saugus, CA School Board Member Stephen Winkler: ‘I am not a Nazi’

“… ‘Tonight, I received quite specific orders from the Lord Jehovah to continue his battle right until the end,’ said Winkler. … On his Facebook page, Winkler showcases his love of Richard Nixon. …”

SAUGUS, SANTA CLARITA (KABC) — A Saugus school board member accused of being a Nazi was forced to respond to those allegations at a public forum Thursday night.

“I am not a Nazi,” Stephen Winkler said at the forum.

Despite his insistence, all four of his colleagues on the Saugus Union School Board voted to censure him.

A YouTube user account created in 2007 named “Stephen Winkler” “favorited” a video of the anthem of the Third Reich.

The user commented, “It’ my favorite song, I play it all day long, everyday.”

Its one of several Nazi-themed videos “favorited,” along with videos showing children riding around on small animals. Winkler insists he’s been hacked.

“I’m guilty of being very negligent with the Internet,” said Winkler.

The board investigated that and doesn’t buy it.

Board member Dave Bryce asked Winkler if he’s ever filed a police report.

“I went to the sheriff’s station and there was no deputy to take a report,” said Winkler.

When asked why he didn’t change his password or close his account, Winkler said, “I wasn’t aware this was going on.”

Winkler did admit to a recent post on Twitter in which he said, “A spirit of national socialism is encouraged by an effete core of impudent snobs, who characterize themselves as teachers of Saugus Union.”

Parents at the forum called on Winkler to step down.

“Tonight, I received quite specific orders from the Lord Jehovah to continue his battle right until the end,” said Winkler.

Parents warned him he doesn’t know what he’s up against.

“What you think is God on your side, you have not been up against the parents of the Saugus district,” parent Jackie McDougal told Winkler.

A recall petition is under way, and every single board member is asking him to resign.

On his Facebook page, Winkler showcases his love of Richard Nixon.

“Mr. Winkler is going to follow his example not to resign from the Saugus Union School board,” Winkler said to the parents.

I told Winkler that at the end of the day, Nixon did resign and asked him why he doesn’t resign too.

“Well, he was forced to resign,” Winkler replied. “Richard Nixon talked about the silent majority, and I believe there is a silent majority out there that will support me.”

School board members say there may be another way to get Winkler off the board. For the last three months, they’ve been investigating charges that Winkler lied about his address on several legal documents and doesn’t even live in the Saugus district. If that’s true, they may be able to force him vacate his seat. 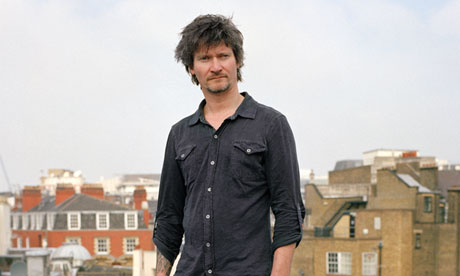