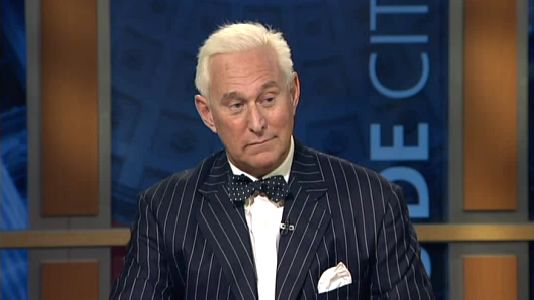 Schadenfreude is a dish best served hot. So it was with great relish we learned that one of our least favorite people, Nixon protege/apologist and political hitman Roger Stone, folded like a cheap suit on L.A. talk radio last week at the first sign of resistance to Stone’s current scam, a book on the JFK assassination.

Hoping to capitalize on the 50th anniversary of the Bad Day in Dallas, Stone is making the rounds with a warmed-over treatment of the long-running fever dream that Lyndon Baines Johnson was the man who ordered the hit. It’s a theory also favored by Illuminatiphobes, but Stone isn’t certifiably nuts, except like a fox.

As fate (cruel fate) would have it, it was on the very morning of the anniversary, Friday, November 22, that Stone, a part time Miami Beach resident, was slated to yak it up in drivetime with talk show host McIntyre. Also a columnist with the L.A. Daily News, McIntyre does not suffer fools — or foolishness — gladly, and he and Stone clashed immediately, as soon as Stone began spouting pseudo-history. Here’s how it went down, beginning at 2:44 of the 7 a.m. segment here:

McIntyre: Lay it on us. How did LBJ get JFK killed?

Stone: Well, first of all, the classic way: motive, means and opportunity. Lyndon Johnson blackmailed his way onto the 1960 ticket to begin with. JFK didn’t want him.

Stone: If I may, Lyndon Johnson and House Speaker Rayburn went to JFK with a dossier which they got from J. Edgar Hoover…

McIntyre: No I haven’t. But I’ve studied LBJ my whole life … [unintelligible, arguing over each other] … Let’s set some ground rules here.

McIntyre: It’s thrown out now. But here’s the deal.

Stone: This segment’s over.

Stone: This segment’s over. Have a great day.

After a short exchange with his co-host, McIntyre said he has “a tolerance for conspiracy theories,” but that guests “can’t come on and make statements and claim them to be true when I know them not to be true.” He then offered an explanation of LBJ’s presence on the 1960 ticket in terms of garden-variety political calculation: JFK needed to keep Texas in the Democratic column, thus LBJ.

Stone, a hardened cynic by trade (and cynicism not to be confused with realism), prefers a more byzantine and lurid version of the tale, of course, being well-schooled in political cynicism by the master himself. (It doesn’t hurt that it sells more books.)

But Stone also sells himself as a political tough guy, a hard-nosed operative. Not tough enough to stand his ground when an interview turns combative, apparently.

We’ve tweeted Stone (actually, we twitter-taunted him) for some comment. No reply yet.

We emailed Doug McIntyre for his response to Stone’s tweet calling him the “asshole of the day.” McIntyre replied that “We re-Tweeted it with the following: “Badge of honor!”