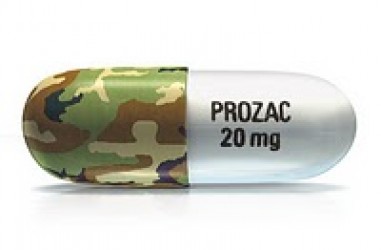 ... For the first time in history, a sizable and growing number of U.S. combat troops are taking daily doses of antidepressants to calm nerves strained by repeated and lengthy tours in Iraq and Afghanistan. The medicines are intended not only to help troops keep their cool but also to enable the already strapped Army to preserve its most precious resource: soldiers on the front lines. Data contained in the Army's fifth Mental Health Advisory Team report indicate that, according to an anonymous survey of U.S. troops taken last fall, about 12% of combat troops in Iraq and 17% of those in Afghanistan are taking prescription antidepressants or sleeping pills to help them cope. Escalating violence in Afghanistan and the more isolated mission have driven troops to rely more on medication there than in Iraq, military officials say. ...

Summary: "Will the Army provide a drug detox program for the thousands of soldiers in Iraq and Afghanistan taking antidepressants? Meanwhile, the suicide rate among troops has more than doubled and some critics blame the antidepressants."