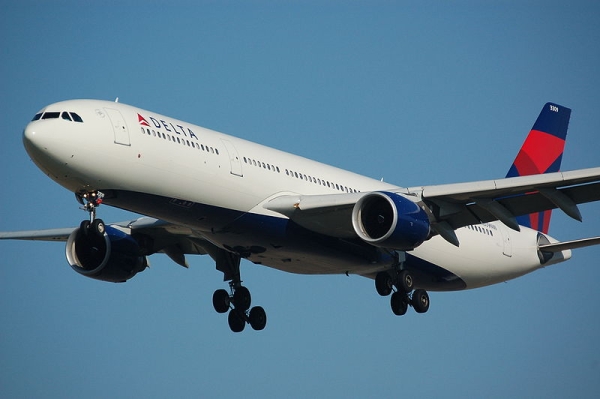 When passengers on Delta Air Lines Flight #273 had to start passing their blankets and pillows to the flight attendants, some wondered aloud if a traveler had fallen ill, Freddie Styles said.

But that wasn’t the case at all. Federal air marshals were building a bunker around the boots and laptop that belonged to Derek Stansberry, who claimed to have dynamite in his boots.

Travelers on the flight, which originated from Paris, were told they were headed into air turbulence. The “turbulence,” as passenger Francine Henderson told reporters Wednesday afternoon, was Stansberry, who had given a hand-written note to a flight attendant saying he had a fake passport.

One passenger called his wife and children to say “goodbye,” Henderson said. Any children who were sitting in the back of the plane were rushed to the front, she said. ...

According to an affidavit from FBI agent James McCarty, Stansberry passed a note to a flight attendant. The note said the following:

“I am not an American citizen. I was in Ouaga illegally

My passports and identify are fake

I will take whatever COA the US wants.

I will leave my wallet & passport on this aircraft

Please let my family know the truth – I (expletive deleted) up and will let the HN preside over prosecutions; and that I love them."

There, Stansberry told marshals that he had dynamite in his boots, which were in his backpack and that a pressure switch would detonate it. He told them he had explosives in his laptop, court documents said.

Air marshals took Stansberry’s laptop and boots. When the plane landed, he was taken into FBI custody, court documents said.

During his interview with FBI agents, Stansberry said he had classified information and made the bomb threat to divert attention from the fact that he had such information, McCarty wrote. Agents, however, determined that Stansberry did not have explosives with him nor did he have the ability to make them while on the plane.