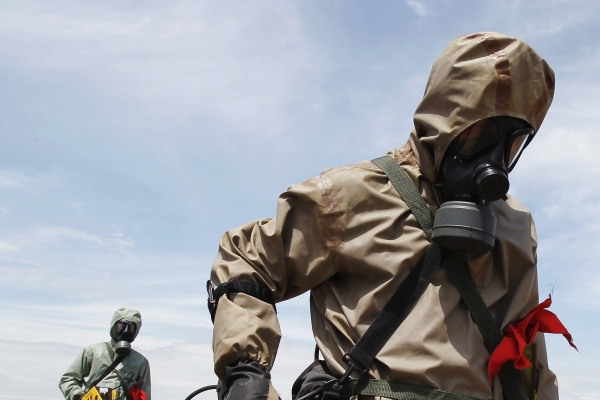 Also see: “Agent Orange: Still Taking a Toll on Vets,” MedPage Today, May 13, 2013: ” … Prior research has shown exposure to the defoliant has been associated with soft tissue sarcoma, Hodgkin disease, and non-Hodgkin lymphoma. Other, but limited, research has also found ties between exposure and respiratory cancers, prostate cancer, and multiple myeloma. … ”

” … The present study included 2,720 U.S. veterans who were referred for a prostate biopsy. Researchers found that at least 32 percent of them, about 896 veterans, had prostate cancer, with 459 having a lethal form of the cancer. … “

Photo: Soldiers in protective gear detect Unexploded Ordnance (UXO) and defoliant Agent Orange at a presentation during the launch of the “Environmental Remediation of Dioxin Contamination” project at the airport in Vietnam’s Da Nang City June 17, 2011. The U.S. and Vietnam launched the first concrete step towards cleaning up contamination from Agent Orange on Friday, in what the top U.S. diplomat in the country said was one of the most significant developments ever in bilateral ties. Agent Orange was a dioxin-laced defoliant sprayed by U.S. troops in the Vietnam War to destroy crops and jungle cover shielding guerrillas.  (Photo : REUTERS/Kham)

U.S. veterans who have been exposed to Agent Orange are at a high risk of developing a deadly type of prostate cancer, according to a new study. Researchers say that the findings show why veterans exposed to the chemical must be screened for the cancer.

Previous research had shown that men exposed to the herbicide Agent Orange were at higher risk of developing prostate cancer. However, it wasn’t clear if these cancers were lethal. The herbicide, widely used during the Vietnam War, was contaminated with a cancer-causing agent called dioxin.

“This is a very, very strong predictor of lethal cancer,” Dr. Mark Garzotto, from Portland Veterans Affairs Medical Center in Oregon, told Reuters Health. “If you’re a person who’s otherwise healthy and you’ve been exposed to Agent Orange, that has important implications for whether you should be screened or not screened.” Garzotto is the principal investigator of the study.

The U.S. military sprayed millions of gallons of Agent Orange in Vietnam during the war. Exposure to the chemical has resulted in about 150,000 children having birth defects, according to estimates by The Vietnamese Red Cross. The effect of the war has been so severe that women even today get multiple ultrasounds done to ensure the baby has no birth defects. Recently, the U.S. began efforts to cleanup Agent Orange in Vietnam.

The present study included 2,720 U.S. veterans who were referred for a prostate biopsy. Researchers found that at least 32 percent of them, about 896 veterans, had prostate cancer, with 459 having a lethal form of the cancer.

“This is an important distinction as the majority of prostate cancer cases are non-lethal and thus do not necessarily require detection or therapy. Having a means of specifically detecting life-threatening cancer would improve the effectiveness of screening and treatment of prostate cancer,” said Garzotto in a news release.

The study is published in the journal CANCER. 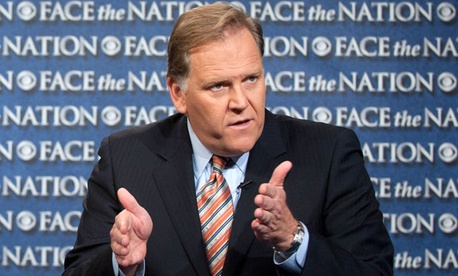