UPDATE: The VA has announced Air Force reservists who became ill from Agent Orange exposure should be eligible for disability benefits.

Wes Carter is acutely aware of time, its passage and how much he might have left.

For four years, Carter has fought to get medical care and benefits from the U.S. Department of Veterans Affairs for military service members who were exposed to Agent Orange years after it was used as a defoliant during the Vietnam War.

He ran into one bureaucratic barricade after another, but did not back down. For his efforts, the Fort Collins resident has been recognized through coverage by media organizations as varied as the Air Force Times, Al Jazeera America, the Washington Post, and Soldier of Fortune magazine.

But more importantly, Carter said, was getting the VA to finally agree to provide medical care for hundreds of Air Force reservists and National Guard members who likely were exposed to toxins while working on contaminated aircraft.

Part of the quest was practical — Carter has prostate cancer, an illness associated with Agent Orange exposure — and part of it was personal. Carter learned that friends he served with in the Air Force, including his unit’s beloved first sergeant, had suffered from a variety of illnesses associated with exposure to dioxin, a toxin in the herbicide. In some cases, they had died.

Veterans have a right to rely on the VA to provide critical care for injuries suffered while in service to the country, Carter said. The struggle with the VA over Agent Orange exposure could affect treatment provided to other veterans exposed to biological hazards.

“What if this happened to another group that didn’t have someone or a group to push it through and waste four years of their lives?” he said. “Four years ago, my job was to be focused on my family and my health, not on 2,000 crewmates who I felt needed to get past VA obstacles.”

Carter, 68, was a medic and flight operations officer with the U.S. Air Force reserve. He joined the Air Force in 1973 after serving as a medic in the Army. He retired with the rank of major in 1991.

As a reservist, he frequently flew on C-123 transports, some of which had been used to spread millions of gallons of Agent Orange in Vietnam. After the war, the planes were used for medical evacuation and cargo missions.

An estimated 1,500 to 2,100 crew members flew on or maintained C-123s between 1972 and 1982. Some of the planes were contaminated with Agent Orange, exposing crew members to dioxin, Carter said.

The problem was known to the VA and other branches of the government for years, Carter said. In 1994, a C-123 known as “Patches” for all of the damage it sustained in combat was scheduled to be moved inside a museum at Wright-Patterson Air Force Base in Ohio but could not because it was heavily contaminated with dioxin.

Other retired C-123s were found to be contaminated, as well, but veterans who flew on them were not notified. Carter said.

The use of Agent Orange in Vietnam haunted the U.S. government for decades after the war ended. In 1989, Congress passed an act directing the VA to accept the medical claims of veterans who were exposed to Agent Orange while serving “on the ground.”

But in ensuing years, the VA balked at covering the claims of others exposed to the herbicide in other places and at different times. The agency maintained the likelihood of exposure was low, as was the potential for long-term health effects.

Four years ago, Carter suffered a heart attack and learned he had prostate cancer. He called his best friend from Air Force days and learned that he, too, was ill with cancer.

“He and I started flying and stopped flying on the same days,” Carter said.

Carter was already receiving VA benefits for injuries he suffered on the final day of the Iraq War in 1991 while on active duty. He fell off an Army truck while on a flight line in Turkey, breaking his neck and suffering a spinal cord injury.

His request for cancer treatment was rejected by the VA. Carter had the financial resources to get treatment elsewhere, but he continued to press the government on his claim that the cancer was related to duties he performed while in the Air Force and should be covered.

Working through the C-123 Veteran Association, Carter used Freedom of Information Act requests and dogged research to learn what the VA and other government agencies knew about the risks of Agent Orange.

In time, evidence supporting the veterans’ claims stacked up. A report by the Institute of Medicine issued in January confirmed C-123 crew members were likely exposed to potentially hazardous levels of dioxin.

The veterans are waiting for the VA and Secretary Robert McDonald to issue a decision on who will be eligible for coverage and how claims will be handled. A letter sent in April by seven U.S. senators, including Sen. Michael Bennet, D-Colo., urged McDonald to use the agency’s authority to move quickly in providing benefits.

A decision is expected any time, Carter said. A remaining concern is how quickly the VA will handle claims. Processing a claim can take years, he said.

“When you have an aggressive cancer, you don’t have that kind of time to wait,” he said.

In civilian life, Carter worked as a marketing manager for a large company. The experience gave him some of the tools, such as writing and public-speaking skills, that helped him push the cause.

Carter moved to Fort Collins in November 2013 to be near family, including two grandchildren. Life is comfortable, Carter said, but he wonders about his life expectancy given the nature of his cancer and other health problems.

“My job was supposed to be playing with grandchildren and going fishing,” he said. “This was important to me, but I blew four years in the piggybank of the time I have left.

“I won’t get them back. Nobody should have to do that.” 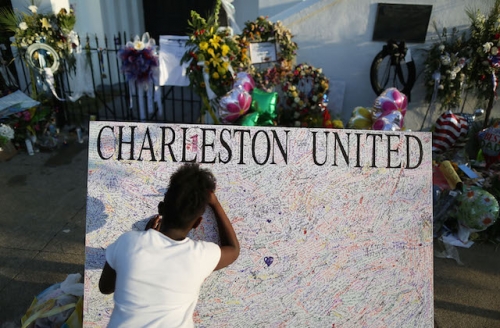