WASHINGTON – GOP presidential nominee John McCain has past connections to a private group that supplied aid to guerrillas seeking to overthrow the leftist government of Nicaragua in the Iran-Contra affair.

McCain’s ties are facing renewed scrutiny after his campaign criticized Barack Obama for his link to a former radical who engaged in violent acts 40 years ago.

The U.S. Council for World Freedom was part of an international organization linked to former Nazi collaborators and ultra-right-wing death squads in Central America. The group was dedicated to stamping out communism around the globe.

The council’s founder, retired Army Maj. Gen. John Singlaub, said McCain became associated with the organization in the early 1980s as McCain was launching his political career in Arizona. Singlaub said McCain was a supporter but not an active member in the group.

“McCain was a new guy on the block learning the ropes,” Singlaub told The Associated Press in an interview. “I think I met him in the Washington area when he was just a new congressman. We had McCain on the board to make him feel like he wasn’t left out. It looks good to have names on a letterhead who are well-known and appreciated.

“I don’t recall talking to McCain at all on the work of the group,” Singlaub said.

The renewed attention over McCain’s association with Singlaub’s group comes as McCain’s campaign steps up criticism of Obama’s dealings with William Ayers, a college professor who co-founded the Weather Underground and years later worked on education reform in Chicago alongside Obama. Ayers held a meet-the-candidate event at his home when Obama first ran for public office in the mid-1990s.

Obama was roughly 8 years old when Ayers, now at the University of Illinois at Chicago, was working with the Weather Underground, which took responsibility for bombings that included nonfatal blasts at the Pentagon and U.S. Capitol. McCain’s vice presidential nominee, Sarah Palin, has said that Obama “pals around with terrorists.”

In McCain’s case, Singlaub knew McCain’s father, a Navy admiral who had sought Singlaub’s counsel when McCain, a Navy pilot, became a prisoner of war and spent 5½ years in North Vietnamese hands.

“John’s father asked me for advice about what he ought to do now that his son had been shot down and captured,” Singlaub recalled in one of two recent interviews. “I said, ‘As long as you don’t give any impression that you care more about him than you care about any of the other prisoners, he won’t be treated any differently.'”

Covert arms shipments to the rebels called Contras, financed in part by secret arms sales to Iran, became known as the Iran-Contra affair. They proved to be the undoing of Singlaub’s council.

In 1987, the Internal Revenue Service withdrew the tax-exempt status of Singlaub’s group because of its activities on behalf of the Contras.

Elected to the House in 1982 and at a time when he was on the board of Singlaub’s council, McCain was among Republicans on Capitol Hill expressing support for the Contras, a CIA-organized guerrilla force in Central America. In 1984, Congress cut off CIA funds for the Contras.

Months before the cutoff, top Reagan administration officials ramped up a secret White House-directed supply network and put National Security Councilaide Oliver North in charge of running it. The goal was to keep the Contras operational until Congress could be persuaded to resume CIA funding.

Secretly, Singlaub worked with North in an effort to raise millions of dollars from foreign governments.

McCain has said previously he resigned from the council in 1984 and asked in 1986 to have his name removed from the group’s letterhead.

“I didn’t know whether (the group’s activity) was legal or illegal, but I didn’t think I wanted to be associated with them,” McCain said in a newspaper interview in 1986.

Singlaub does not recall any McCain resignation in 1984 or May 1986. Nor does Joyce Downey, who oversaw the group’s day-to-day activities.

“That’s a surprise to me,” Singlaub said. “This is the first time I’ve ever heard that. There may have been someone in his office communicating with our office.”

“I don’t ever remember hearing about his resigning, but I really wasn’t worried about that part of our activities, a housekeeping thing,” said Singlaub. “If he didn’t want to be on the board that’s OK. It wasn’t as if he had been active participant and we were going to miss his help. He had no active interest. He certainly supported us.”

Previous Article
The Shadow of Nazism Over US Torture Policy
Next Article
Why Did the CIA Protect Klaus Barbie After WWII? And Why Did the Vatican Help? 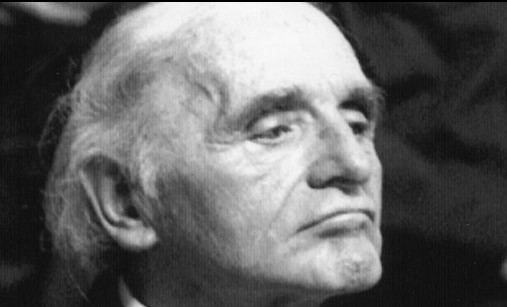 Why Did the CIA Protect Klaus Barbie After WWII? And Why Did the Vatican Help?
Apr 26