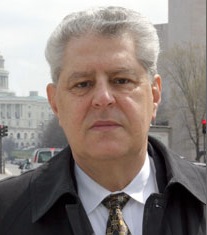 Vincent Cannistraro is a well-known “authority on terrorism,” and has appeared repeatedly on Ian Masters’ Background Briefing, aired Sunday mornings on KPFK in Los Angeles. The CIA’s Cannistraro has been a ubiquitous presence in the media since his name surfaced in connection with Iran contra.

Never mind his abject track record … Cannistraro has shared his “wisdom” on terrorism in the past to “explain” the Oklahoma City bombing, for instance. There has been, since 9/11, a concerted attempt by Vincent Cannistraro, an Iran-contra player, and sundry federal “experts” and CIA spin doctors to pin ultimate responsibility for the Alfred P. Murrah FB bombing on Osama Bin Laden’s mystery terrorists.

Incredibly, Cannistraro ONCE blamed the murders In Oklahoma City on “ENVIRONMENTALISTS out to DESTROY all human life on earth.”

He NOW claims (see the June 11, 2001 issue of The New American, published by the insidious John Birch Society) that he had intelligence information BEFORE the blast concerning Middle Eastern terrorists. The contradiction is glaring: If his claim has any weight, if he indeed KNEW that Muslim extremists had designs on a major American target, WHY did he tell reporters immediately after the blast that ENVIRONMENTALISTS were responsible?

“Environmentalists out to destroy all human life on earth … ” (?)

Credible? Or is this the land of dupes accustomed to spoon-fed disinformation, even on the activist left – shallow state propaganda that paves the way for phony wars, places fascists in public office, conceals fascist covert operations including political assassination?

Ian Masters is obviously proud of his guest, Vincent Cannistraro, whom he lauds highly. Masters often boasts that the “former” CIA officer gave him a “scoop”: The transcript is from AlterNet, financed by Pew’s Tides Foundation, another popular asylum of the “Controlled Left”: “Who Forged the Niger Documents”
http://www.alternet.org/waroniraq/21704/ 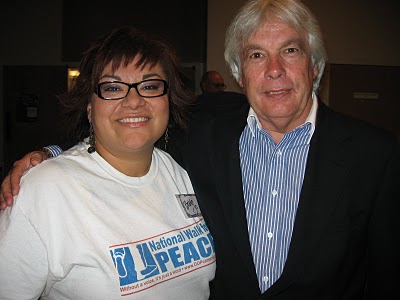 BUT IT IS AN ONGOING MEDIA GAME, AND IAN MASTERS IS RIGHT THERE, PROMOTING CANNSTRARO AS “SOMEONE WE CAN TRUST” …

How the mass media cover for Vincent Cannistraro, terrorist, and creator of the Nicaraguan Contras

http://www.hirhome.com/israel/mprot4.htm
Concerning the 1988 bombing of Pan-Am flight 103 over Lockerbie, Scotland, the Washington Post reported in November 1990 as follows:

“Vincent Cannistraro, who was chief of operations and analysis at the CIA’s counterterrorism center, said investigators have made ‘substantial progress in identifying the modus operandi by which that bomb got on board.’”[1]

What is the point of describing Vincent Cannistraro as former “chief of operations and analysis at the CIA’s counterterrorism center”? To make the reader feel that Cannistraro can be trusted as a source on the topic. The Washington Post was reporting on the investigation of a terrorist attack against Pan-Am flight 103. To leave no doubt, the Washington Post maintains:

“Cannistraro’s remarks, made to reporters at a luncheon seminar, were the first indication that the international inquiry, already the largest criminal probe in history, may have turned up enough solid evidence to stand up in a court of law.”

Moonshine. In other words, if Cannistraro says that “investigators have made ‘substantial progress,’” this to the Washington Post becomes “the first indication that [there is] enough solid evidence to stand up in a court of law.”

The Post doesn’t waste an opportunity to burnish Cannistraro’s luster: “Cannistraro made his remarks at a luncheon signaling his debut as a senior fellow at the National Strategy Information Center,” a supposedly “nongovernmental organization” according to their website.[2] This identifies Cannistraro as quotable, mainstream, an authority “formerly” with the government but no longer, now at an independent policy think-tank, an expert.

But this is remarkable because the year in question is 1990, which is to say a period when Cannistraro was still appearing in the news for his role in the Contra affair. Why then doesn’t the Washington Post introduce him as “Vincent Cannistraro, formerly an operative of the illegal terrorist-supply Contra program”? Because the Post’s readers would immediately wonder why this person is being quoted as a trusted authority on anything, especially when he is supposed to be speaking as a ‘counter-terrorist.’

The Washington Post can only be defended if we hold that the people running the newspaper are spoon-fed coma patients. In fact, they have to be so bad at running a newspaper that in 1990 they no longer had any recollection of Cannistraro’s Contra role, one I manage to recall two decades later. Further, they are so incompetent that they cannot do the most basic research in their own archives to refresh their cloudy memories about Vincent Cannistraro. With this proviso, we may defend the Washington Post, but the monumental incompetence that must be imputed would still leave us without a good reason to trust it.

There is a different hypothesis, however, and it does not require us to believe anything so absurd as that.

First, I give you a vivid picture of the Contra “freedom fighers”:

“The Contras have ambushed religious-aid workers, beheading a nun and riddling her body with bullets. They have also eviscerated a pregnant woman, shot campesinos (peasants) and slaughtered their animals, cut down Red Cross workers and bombed towns with their schools and hospitals.”[3]

One of the people responsible for blowing the whistle on the Contras was former Contra Edgar Chamorro:

“At the World Court in the Hague, where he recently testified on behalf of the Sandinista government, Chamorro said the CIA ‘did not discourage’ atrocities, such as Contras terrorizing villagers, slitting throats and mutilating bodies.

He described the Contras as a gang of professional criminals who don’t know why they are fighting.

‘The CIA had to send a man to train Contras to teach them what they were fighting for. It was ridiculous,’ he said.

‘I wondered how can democracy come to Nicaragua with all these fascists?’

Chamorro returned to Nicaragua last October under a government amnesty. He was expelled from the Contras in 1984 after revealing corruption within the rebel movement and a CIA manual on jungle warfare, which advocated assassination as a political means.”[4]

After the 1984 scandal over a CIA-sponsored Contra manual that advocated political assassination, Oliver North helped arrange a job on the NSC staff for Vincent Cannistraro, the CIA officer who formerly ran the agency’s Contra Task Force.

It is important to digest this with the utmost attention to detail: Cannistraro ran the CIA’s task force on the contras, and it became mired in controversy when Edgar Chamorro publicized that the CIA manual for the Contras – for which Cannistraro was responsible – “advocated assassination.”

Cannistraro was the man teaching the Contras to commit atrocities.

Olliver North transferred Cannistraro to the NSC staff in part to protect him from this controversy, and also because he wanted Cannistraro to continue running the Contra program from the NSC.

Now, guess who reported that North brought Cannistraro to the NSC when Cannistraro’s terrorist strategy should have created a controvery?

That was David Ignatius from … the Washington Post.[5] This would be in 1986 – only four years before the same Washington Post would rehabilitate Cannistraro and present him to its readers as a counter-terrorism expert who could be trusted in his new role as opinion-shaper.

The Post, however, can certainly be accused of dishonesty … and cynicism.

And Mockingbird Central is not alone: The entire Western mass media treats Cannistraro as a trusted expert, so much so that he now parades himself, I remind you, as “Vince Cannistraro, an ABC News analyst and former CIA counterterrorism chief.”[7] 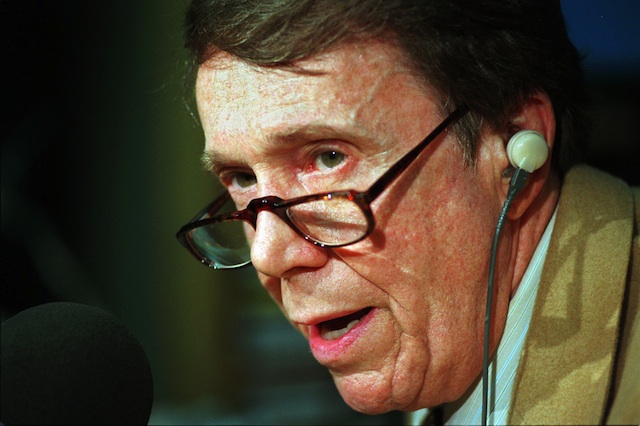 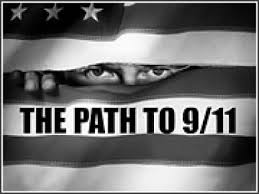