"Danny Casolaro was a freelance reporter investigating high-level corruption in the Reagan/Bush Justice Department. A year into uncovering the story, Casolaro was found dead in a Virginia motel room, his arms slashed over a dozen times. The authorities called it suicide, but a host of conspiracy theorists -- and The House Judiciary Committee -- disagreed."

Caliber Media Co. and Aviation Cinemas have finalized an agreement to option feature film rights to Dominic Orlando's stage play "Danny Casolaro Died For You," which will investigate the mysterious death of the titular journalist. Multi-hyphenate Eric Steele, who produced Yen Tan's Sundance pic "Pit Stop" and also appears in competition title "Ain't Them Bodies Saints," will direct from a script by Orlando, who was Casolaro's cousin. 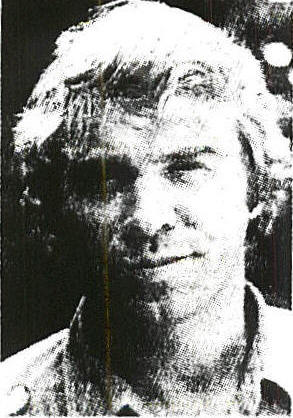 Based on a true story, Danny Casolaro was a freelance reporter investigating high-level corruption in the Reagan/Bush Justice Department. A year into uncovering the story, Casolaro was found dead in a Virginia motel room, his arms slashed over a dozen times. The authorities called it suicide, but a host of conspiracy theorists -- and The House Judiciary Committee -- disagreed. Casolaro's recovered notes detailed his plan to expose several major players behind a number of clandestine activities, including the Inslaw case, about a software manufacturer whose owner accused the Justice Department of stealing its work product and using the money to fund covert CIA operations, and the October Surprise theory that, during the Iran hostage crisis, Iran deliberately held back American hostages to help Ronald Reagan win the 1980 presidential election. Orlando's play peels the curtain back on Casolaro's journey towards truth and the ultimate price he paid to find it.

"As a young teenager, I sat in the back seat of my parents' Dodge as we drove home from Thanksgiving Day Weekend, eagerly devouring the manuscript of Danny's first novel -- the manuscript!  It had coffee stains! Here was the real thing, a real reporter, funny, poetic, brave -- and he was my cousin!  One of the first titles I considered for this play was Superman Is Dead -- that tells you everything you need to know about where this story sits in my heart," Orlando said of his personal connection to the story.

In recent years, Steele participated in a staged reading of Orlando's play in Texas and was deeply moved by the story. "Everyone in the room was silent following the reading," recalled Steele. "Danny's unsolved death brings an intensity and a weight behind these words."

Steele shared the project with his childhood friend Sonnier, who had been following the recent rise of independent filmmakers from his home state of Texas, and the two decided to partner up to produce the film adaptation of the play.

Aviation Cinemas Prods. was founded last year under the umbrella of Aviation Cinemas, Inc., the holding company for the Historic Texas Theatre in Oak Cliff. Consisting of filmmakers Barak Epstein, Jason Reimer, Donaghey and Steele, the Aviation Cinemas team was recently profiled in the New York Times for giving the city of Dallas "a burst of indie street credibility."

Orlando is a two-time Jerome Fellow, a four-time MacDowell Fellow, a McKnight Fellow and a founding producer of The Workhaus Playwrights Collective, company-in-residence at The Playwrights Center in Minneapolis. His work has been produced and supported by HERE, Lincoln Center, New York Theatre Workshop, and Berkeley Repertory Theatre, among others. He's repped by manager Adam Peck of Synchronicity Management.

Daily Beast on "The Daniel Morgan Murder: An Unsolved Mystery of the Murdoch Hacking Scandal"