Following are major dates in the Kirtland cult killings

April 1987 — Dennis Avery, who became a devoted follower of Jeffery Lundgren in Missouri, moves to Kirtland. Accompanying him are wife, Cheryl, and daughters Trina, 15, Rebecca, 13, and Karen, 7. They later occupy a rented house in Madison Township.

November 1987 — Jeffrey Lundgren, his family and some of Lundgren’s followers move into a rented farmhouse at 8671 Euclid-Chardon Road. It is at this residence that Lundgren formally organizes his followers into a paramilitary religious cult.

January 1988 — Jeffrey Lundgren dismissed as a lay minister and tour guide at the Kirtland Temple, Reorganized Church of Jesus Christ of Latter Day Saints. Kirtland Stake President Dale Luffman says Lundgren was let go “for ethical and moral issues that are critically important to us.” Later, it is revealed Temple officials accused Lundgren of stealing $25,000 to $40,000 from Temple coffers.

February 1988 — Former cult member Kevin Currie, a friend of Jeffrey Lundgren from their days in the U.S. Navy, becomes disenchanted with Lundgren and his radicalized teachings. He leaves Kirtland and moves to Buffalo, N.Y. Currie visits the FBI field office in Buffalo and tells agents about Lundgren’s plan to use lethal force to seize the Kirtland Temple on May 3, 1988. The FBI passes along the information to Kirtland Police Chief Dennis Yarborough.

April 29, 1988 — Kirtland resident contacts the police and tells Patrolman Ron Andolsek that she suspects a cult is living at 8671 Euclid-Chardon Road. It’s also reported that Jeffrey Lundgren’s son, Caleb, had warned the neighbor’s children about demons emerging from the ground in May. 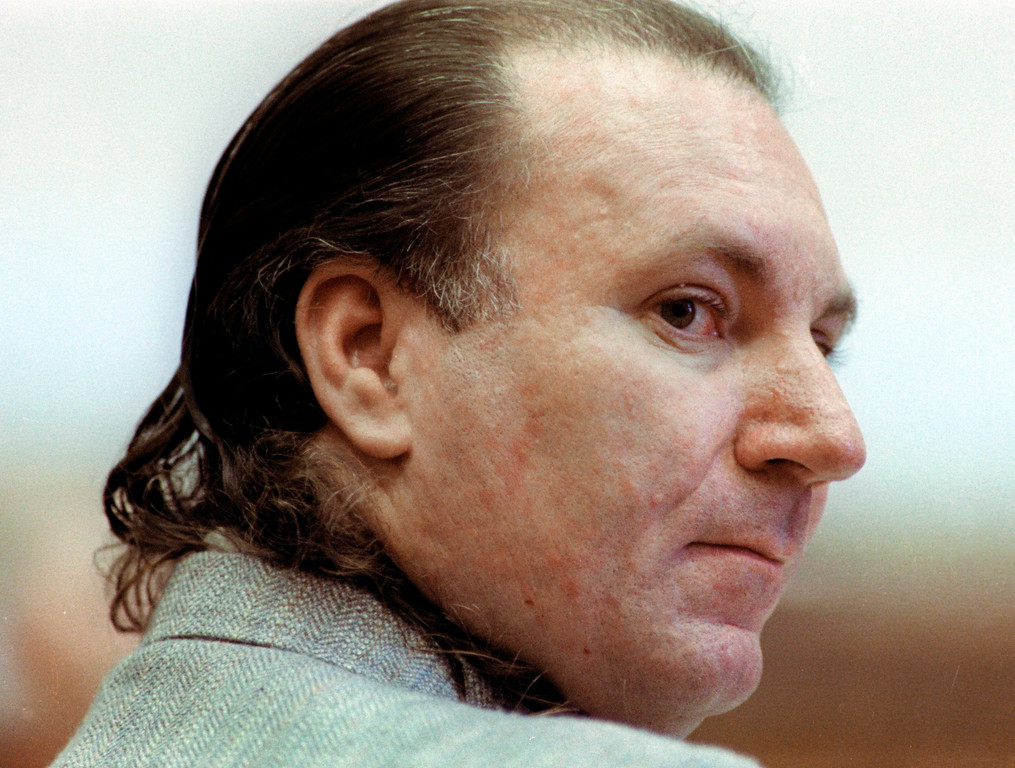 May 2, 1988 — Yarborough confronts Jeffrey Lundgren at the Kirtland Police station about the next day’s planned takeover of Kirtland Temple. Lundgren also is asked about reports of gunfire on the Euclid-Chardon Road property. Lundgren tells followers the Temple takeover won’t happen after his conversation with a higher power. Kirtland police begin steady surveillance of the Lundgren residence.

September 1988 — A second informant comes forward to Andolsek with tips about questionable, potentially deadly plans attributed to Jeffrey Lundgren. Andolsek shares the information with agents from the U.S. Bureau of Alcohol, Tobacco and Firearms and FBI.

April 17, 1989 — Dennis and Cheryl Avery withdraw their three daughters from Madison schools. Later that night, all five of the Averys are shot to death by Jeffrey Lundgren in the barn at 8671 Euclid-Chardon Road. Their bodies are buried in a pit in the barn, covered with lime, soil, rocks and garbage.

April 18, 1989 — Kirtland police officers, assisted by FBI agents, arrive at 8671 Euclid Chardon Road to question Jeffrey Lundgren and all followers present. Authorities have no knowledge of the killings of the Averys. Instead, they search for weapons and ask followers if they are there of their own free will. Later that day, fearing that police would soon return to investigate the Avery killings, Lundgren and his followers hastily leave the home and begin the journey to a remote campsite in West Virginia.

Dec. 31, 1989 — Disenchanted cult member Larry Keith Johnson, whose wife Kathy left him to take up with Lundgren, contacts ATF agents in Kansas City, Missouri. Johnson tells them about the murders of the Averys. He gives agents a hand-drawn map of the barn and burial pit.

Jan. 3, 1990 — Acting on information provided by ATF agents in Kansas City, Yarborough, Andolsek and other members of Kirtland’s police and fire departments enter the barn at 8671 Euclid-Chardon Road to begin the search for the burial pit portrayed in Johnson’s drawing. After clearing away large mounds of garbage and debris, the digging begins. With darkness approaching, they find the first set of human remains. Yarborough contacts Lake County Prosecutor Steve LaTourette to report the finding. LaTourette generates search warrants for the property.

Jan. 4, 1990 — Careful excavation continues in the barn. Kirtland police are joined by deputies from the Lake County Sheriff’s Office, investigators from the Lake County Crime Lab, representatives of the prosecutor, FBI and ATF agents and other area law enforcement officers. The first body found, in a relatively advanced state of decomposition, is believed to be that of an adult male. Subsequently removed from the pit over the course of the day are the bodies of four females. The bodies are taken to the office of the Cuyahoga County Coroner for autopsies and identification.

Jan. 5, 1990 — LaTourette goes to the grand jury and secures multi-count felony indictments of Lundgren and 12 of his followers in connection with the deaths of the Averys. Arrest warrants are issued.. 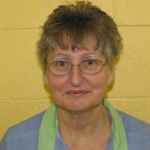 Jan. 7, 1990 — Jeffery Lundgren, his wife, Alice, and son, Damon, are taken into custody by ATF agents at a motel between San Diego, California, and the Mexican border.

Jan. 10, 1990 — Cuyahoga County Coroner’s office confirms that the bodies found in the Kirtland barn are the Averys. Cult members Daniel D. Kraft and Kathryn Johnson are taken into custody in the Cleveland National Forest near San Diego.

March 7, 1990 — Cult member Richard E. Brand pleads guilty on five counts of aggravated murder as part of a plea deal. Sentenced to 15 years to life in prison, he is the first cult member convicted in connection with Avery murders.

April 13, 1990 — Lundgren, Daniel D. Kraft and Kathryn Johnson are processed into the Lake County Jail as the last of those charged in the Avery murders to be returned. Lake County Prosecutor’s Office drops charges against cult members Dennis and Tonya Patrick of conspiracy to commit aggravated murder, complicity to commit aggravated murder and kidnaping against. The reason given is non-involvement. The Patricks later are convicted on one count each of obstruction of justice. Their sentences are suspended.

April 25, 1990 — Cult member Gregory S. Winship pleads guilty on five counts of complicity to murder as part of a plea deal. Sentenced to 15 years to life in prison.

May 4, 1990 — Cult member Sharon J. Bluntschly pleads guilty on five counts of conspiracy to commit aggravated murder as part of a plea deal. Sentenced to seven to 25 years in prison.

May 9, 1990 — Cult member Deborah S. Olivarez pleads guilty on five counts of conspiracy to commit aggravated murder as part of a plea deal. Sentenced to seven to 25 years in prison.

May 18, 1990 — Lake County Prosecutor’s office drops all murder and kidnapping charges against cult member Kathryn Johnson for non-involvement. Later sentenced to one year in prison for obstruction of justice. 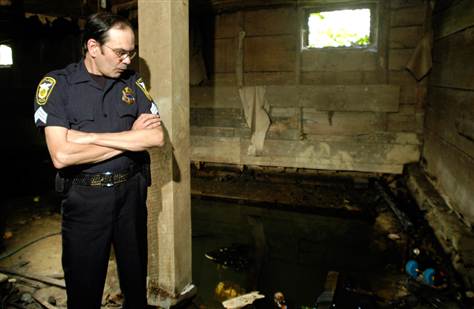 Aug. 3, 1990 — Cult member Susan Luff pleads on five counts of conspiracy to commit aggravated murder as part of a plea deal. Sentenced to seven to 25 years in prison.

Aug. 29, 1990 — Jeffrey Lundgren found guilty by a jury of five counts each of aggravated murder and kidnapping.Alice Lundgren is sentenced by Judge Paul H. Mitrovich to 150 years to life in prison.

Sept. 18, 1990 — Damon Lundgren is found guilty by a jury in Lake County Common Pleas Court of four counts each of aggravated murder and kidnapping.

Sept. 20, 1990 — The jury in the Jeffrey Lundgren trial deliberates for two hours before recommending Lundgren be sentenced to die in the electric chair.

Sept. 26, 1990 — Jury in Damon Lundgren trial recommends life imprisonment on each of four counts of aggravated murder with parole eligibility of 120 years on each count.

Dec. 20, 1990 — Ronald B. Luff is found guilty by a jury in Lucas County Common Pleas Court on five counts each of aggravated murder and kidnapping. Sentenced to 170 years to life.

Aug. 23, 1991 — Kathryn R. Johnson released from prison at the expiration of her sentence.

Oct. 24, 2006 — With the 6th Circuit Court of Appeals having dismissed the last of his appeals, Jeffrey Lundgren is executed by lethal injection at the Southern Ohio Correctional Facility.