" ... COINTELPRO culture within the FBI continued on past the official end of the secret program in 1971 and can be seen in current repression against activists. ... "

By Michael Richardson
The Examiner | November 24, 2010 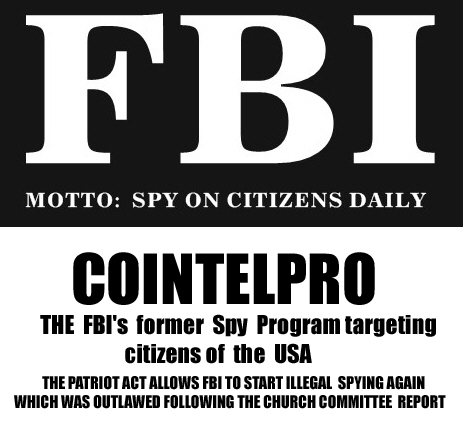 Northeastern Law School in Boston was the scene last week of a standing room-only seminar, “The FBI and the Murder of a Black Panther: From COINTELPRO to post 9/11 Repression” featuring People’s Law Office founder Jeff Haas.

Haas, a veteran civil rights attorney, discussed his book The Assassination of Fred Hampton at the seminar sponsored by the Massachusetts chapter of the National Lawyers Guild, the state chapter of the American Civil Liberties Union, the National Police Accountability Project and Northeastern’s Black Law Student Association.

Avery introduced Jeff Haas calling him one of the best lawyers in the country.

Haas discussed his youthful desire to represent “the movement” and said the Chicago police in the 60’s and 70’s provided plenty of work.  Haas explained that his client Fred Hampton was head of the Chicago Black Panthers and was targeted by a special police unit under the county prosecutor.  The elite team became a killing machine in December 1969 when Hampton and Mark Clark, another Panther leader, were shot in a firestorm of bullets.

The death squad was encouraged and supported by the Federal Bureau of Investigation who had targeted Hampton under the illegal and clandestine Operation COINTELPRO.  The secret war on American political activists was directed by J. Edgar Hoover who commanded the federal police agency.

Although no one was ever charged for the homicide of Hampton and Clark, Haas was able to obtain a federal civil rights decision against the raiders and some measure of justice was achieved.

Superior Court Judge Geraldine Hines said that for her, lawyering was a passion for justice that cannot be taught and must come from the heart.  Judge Hines warned law students crowded into the lecture hall to avoid “sleazy” tactics like the type Haas encountered in his long legal battle for the Black Panthers.

Judge Hines expressed concern about the Patriot Act and that events in the wake of terrorism might cause a resurgence of COINTELPRO tactics against the American public.

Professor Soffiyah Elijah from Harvard Law School described the FBI under COINTELPRO as “government out of control” and said the FBI had become a threat to the country under the COINTELPRO mandate.  Professor Elijah ridiculed the prosecution of the San Francisco 8 and quipped the government might have to start raiding senior citizen centers to keep making cases against Panthers.

King Downing of the National Police Accountability Project explained he was an activist before he became a lawyer and that his law degree allowed him to advance his activism.  Downing launched into a whirlwind of information, names, and connections drawing comparisons with the 60’s to the present time.  Downing’s view is that the COINTELPRO culture within the FBI continued on past the official end of the secret program in 1971 and can be seen in current repression against activists.

Following the formal program, Haas briefed Professor Avery on the Omaha Two, Ed Poindexter and Mondo we Langa (formerly David Rice) who are imprisoned in the Nebraska State Penitentiary for the 1970 murder of an Omaha policeman.  The pair were convicted after a COINTELPRO-influenced trial where Hoover had ordered the withholding of exculpatory evidence to obtain convictions against the two leaders of Omaha’s Black Panther chapter.  Haas said the Omaha Two appeared to be innocent men wrongfully convicted.