Yanukovych on His Opposition: “We are Witnessing the Return of the Nazis” 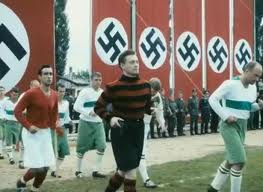 President Viktor Yanukovych remained defiant on Saturday despite the Ukrainian parliament declaring him constitutionally unable to carry out his duties and setting an early election for May 25.

Yanukovych likened the opposition to Nazis who were staging a coup d’etat.

He said: “I am absolutely confident that this is an example – which our country and the whole world has seen – an example of a coup d’etat. I’m not going to resign. I’m a legitimately-elected president. I remain in Ukraine. I will continue to call on all international observers, all mediators who took part in this political conflict so they can stop gangsters. They are not the opposition, they are gangsters.”

‘‘We are witnessing the return of the Nazis, the time when in the 1930s the Nazis came to power in Germany and Austria. It is the same now.” he added.

Leaders of mainly Russian-speaking regions of eastern Ukraine gathered in Kharkiv to challenge the legitimacy of the national parliament. They also said they would take control of their territories in a move that appears to increase the possibility of a split in the former Soviet republic.

Mykhailo Dobkin, head of Kharkiv Regional State Administration, said: “Our task is to, without aggressive rhetoric and without allowing those who call us separatists to celebrate, to make a number of necessary decisions on how we can involve local governments, to prevent bloodshed and destruction.”

Reports emerged soon after his speech at the convention that Dobkin and Kharkiv Mayor Hennadiy Kernes have now fled Ukraine with Russia being the most likely destination.