"... The outrageous fraud that purported to show intercepted communications from rebel leaders discussing the attack on a civilian aircraft clearly indicates that the Security Service of Ukraine – which, as Mr Cameron knows, are controlled by the CIA – were involved in preparing for this crime and covering its tracks. The fraud has been perpetrated in order to provoke European countries into war with Russia. And Mr Cameron is a central figure in this criminal provocation. ..."

The British Prime Minister shows a staggering arrogance and frightening lack of historical perspective in supporting the neo-Nazi regime of the Ukrainian government, and luring the Russian Federation into a conflict with the European Union and the West by blaming it for condoning the shooting down of Flight MH17 on 1 August over the disputed territory of eastern Ukraine.

Last month, David Cameron published an article in The Sunday Times that, in a series of sweeping accusations, marked a high point in interventions by the West which fuel conflict in Ukraine and, eventually, could drag Russia into a war with the European Union.

Even before this intervention, US and EU politicians had been drumming up the conflict, first by helping neo-fascists in Ukraine into power, who then committed atrocities against the people of eastern Ukraine.

But Cameron’s article stands out as the first time that the head of a leading European power has directly sought war with Russia. Stirred by such support, Ukrainian troops began their assault on Lugansk and Donetsk, mercilessly destroying those cities and all the citizens within them.

Just as in 1938, when Prime Minister Neville Chamberlain called on European leaders to support the German Nazis in their campaign against the USSR, the present Prime Minister expressed unequivocal support for the Ukrainian neo-Nazis and angrily demanded that his European colleagues “change their attitude to Russia fundamentally”.

He is attempting to lure us into war. As we seek to avoid a return to the nightmare of global conflict, it is incumbent upon us to answer the allegations and threats made by Cameron.

First, the statement that “the growing weight of evidence points to a clear conclusion: that flight MH17 was blown out of the sky by a surface-to-air missile fired from a rebel-held area” is an outright fallacy.

In reality, evidence grows by the day to confirm President Vladimir Putin’s statement – made just after the crash – that the plane was shot down by the Ukrainian military.

A Pro-Russian rebel adjusts his weapon in Donetsk, eastern Ukraine.

Air strikes and artillery fire between pro-Russian separatists and Ukrainian troops in the eastern city of Donetsk have brought the violence closer than ever to the city centerCameron is surely aware that a Ukrainian Air Force fighter was found near the downed aircraft. It was reported by the Russian Federation’s Ministry of Defense, and confirmed by the Spanish air traffic controller in Kiev, as well as the local population near the crash site.

Then there is data from just before the crash showing that Ukrainian air forces rapidly activated their fighters in the area. That this crime was prepared in advance is confirmed further by the fact that flight MH17 was lured off its path and into a military trap prepared by the Ukrainian army.

Moreover, the outrageous fraud that purported to show intercepted communications from rebel leaders discussing the attack on a civilian aircraft clearly indicates that the Security Service of Ukraine – which, as Mr Cameron knows, are controlled by the CIA – were involved in preparing for this crime and covering its tracks.

The fraud has been perpetrated in order to provoke European countries into war with Russia. And Mr Cameron is a central figure in this criminal provocation.

Second, Mr Cameron insults us with the incorrect accusation that the downing of MH17 “is a direct result of Russia destabilising a sovereign state, violating its territorial integrity, backing thuggish militias and training and arming them”. He adds: “We must turn this moment of outrage into a moment of action.”

I will direct our response to the respected leaders of NATO countries: the truth is that this tragedy is a direct result of your actions. You and your colleagues have supported a coup d’état and armed rebellion in Ukraine, carried out under the banner of neo-Nazism.

You must be aware of the mass murder of Ukrainian citizens committed by the Poroshenko regime.

If you do not know, look in the White Book, a report on human rights violations in Ukraine prepared by the Russian Foreign Ministry. It shows in harrowing detail the murderous nature of the Ukrainian junta to which you have given your support.

There are the children and women brutally burned in Odessa, the thousands of murdered civilians in Mariupol, Slavic, Kramatorsk, Lugansk, Donetsk and other Ukrainian cities. All this blood is on the hands of your protégés.

Unless these massacres happen to your own citizens, it seems you do not notice them. Nor do you pay attention to the daily shelling and bombing of cities in eastern Ukraine, which includes the use of cluster bombs and phosphorous, and the deliberate destruction of hospitals. Now Ukrainian neo-Nazis, supported by you, have in fact touched your citizens – killing the hundreds on board flight MH17.

Perhaps it will interest you to hear that American and European advisers are currently training and educating these neo-Nazis, and, moreover, the CIA and possibly your own security services are involved in the planning of punitive strikes on the inhabitants of Eastern Ukraine.

Third, Mr Cameron claims that if President Putin stopped supporting fighters in eastern Ukraine, and allowed Ukrainian authorities to restore order, then the crisis would be over.

That may indeed end this conflict, but it would end in quite different fashion to that which Mr Cameron expects – with the murder or expulsion of all Ukrainian citizens who disagree with the neo-Nazi regime.

Fourth, when Mr Cameron claims that the rebels do not represent the people of Ukraine, he acts as an advocate for the Ukrainian neo-Nazis, who refuse to consider anyone that disagrees with them a citizen. In doing so the Prime Minister supports ethnic cleansing and the mass execution of civilians.

Rescue workers carry the body of woman who was killed during shelling in the Petrovsky district of Donetsk, eastern UkraineFifth, it appears that he has forgotten the lessons of European history. By provoking a new war with Russia, Mr Cameron reveals an extraordinary arrogance; he considers himself fit to judge other nations, while his false judgments  are leading the world down the path to violence.

So did his predecessor. For his part, Blair destroyed Iraq on the false charge that Saddam Hussein possessed weapons of mass destruction.

Then there’s the bombing of Belgrade, and, since Mr Cameron himself participated in it, the destruction of Libya. Millions of innocent citizens paid with their lives for these crimes. Now the list of victims includes those passengers of flight MH17.

Finally, we agree with Mr Cameron that it is necessary to conduct a full investigation into the crash. Russia, as he requested, provided a detailed and comprehensive report on the incident, and facilitated the collection of evidence at the crash site.

We hope that Western experts, to whom the evidence was transferred, will now be able to scrutinise the situation objectively.

And perhaps they will also find out why the Ukrainian authorities are destroying all the data from their air-traffic radars. Perhaps they can take testimony from Ukrainian air traffic controllers, who have thus far been silenced by an order from the Security Services of Ukraine.

Cameron suggests that the future of Russia’s relations with the West depends on how it responds to this tragedy. The Russian authorities have responded to his demands, calling for the immediate cessation of hostilities and pressing for the start of negotiations. That is where we stand. Now we can only hope the West comes to its senses. 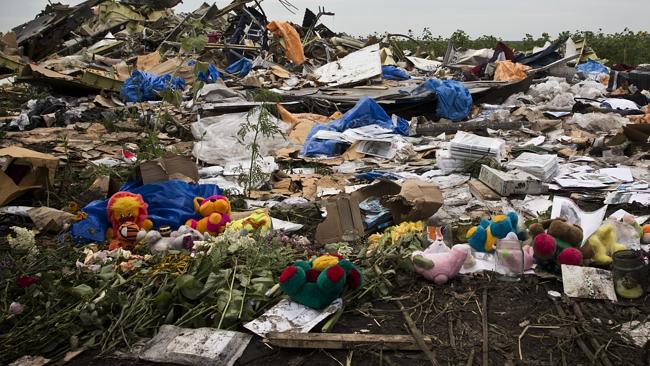 MH17, the investigation so far

Dutch officials investigating the crash site of the Malaysia Airlines plane in eastern Ukraine have left the country.

The Dutch Safety Board, which says that its investigation will continue in The Netherlands, has had few opportunities to visit the area where MH17 crashed last month after apparently being hit by a surface-to-air missile, killing all 298 people on board. Russian separatists fighting Ukrainian troops in the region have been blamed for the attack.

The board said in a statement that there is little left for them to learn from the crash site after being denied access by the ongoing fighting. “To date under [Ukrainian] supervision only a few investigators were able to briefly visit the crash site immediately after the plane crash. Since the Dutch Safety Board took charge of the investigation, no new opportunity has arisen for the team to visit the crash site.”

It is believed that a number of body parts could still be lying among the wreckage and that it could take months for the remains of all the victims to be formally identified. The black box flight recorders, which are likely to yield the best evidence of what actually happened, have been recovered and are already being analysed.

Sergei Stepashin served as Russia’s Prime Minister for three months in 1999, before then Russian President, Boris Yeltsin, replaced him with Vladimir Putin. He has held a number of ministerial jobs in Moscow, having portfolios such as Justice and the Interior.

In 1995, he resigned as Federal Security Minister following the Budyonnovsk hospital hostage crisis in which as many as 140 people died when Chechen separatists took between 1,500 and 1,800 people hostage prompting a bungled rescue attempt by Russian forces.

Mr Stepashin was once considered as a potential successor to Mr Yeltsin, but the former president had felt that he lacked sufficient enthusiasm for the first Chechen war, which took place between 1994  and 1995.

Since leaving politics, Mr Stepashin has been head of the Account Chamber of the Russian Federation, the parliamentary body that oversees the country’s finances.