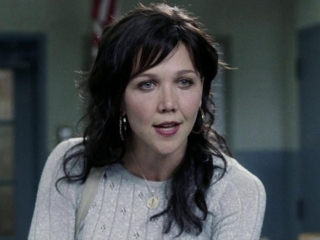 Photo: Maggie Gyllenhaal in “Won’t Back Down”

The film “Won’t Back Down” just opened in wide release, yet for weeks there has been a deluge of extremely strong emotional and critical responses. Both the film and the responses deserve our attention because they are each symptomatic of the polarization that is plaguing both public education and national politics in this country. Every teacher and parent should see the film, but also be fully prepared to view it critically.

Some background first. The film is a major release from Paramount Pictures and Walden Media that focuses on two very determined mothers, one of them a teacher, who attempt to transform their children’s “failing” inner city school. Facing a powerful and entrenched bureaucracy, dominated by teacher unions and apathetic leaders, they take on the fight of making a difference in the education and future of their children. Given the effectively dramatic and emotionally gripping screenplay, the excellent starring actresses (Maggie Gyllenhaal, Viola Davis, and Holly Hunter), and a major promotional campaign, the film may reach and impact a large audience. Heroic mothers saving their children’s education: Who couldn’t be hooked by that?!

As it turns out, film critics weren’t. Why? They saw the film as a propaganda piece, designed to promote very specific points of view. Still, given both the relative lack of audience sophistication regarding these issues and the emotional impact of the film, “Won’t Back Down” has great potential to mislead.

The film demonizes teacher unions, provides a distorted and extreme characterization of a failing school and its personnel, and sees parent empowerment laws (described in the film is a “Fail-Safe” law and called “parent trigger” laws in California and some other states) and charter schools as THE solution to what ails public education. It provides a myopic and romanticized view of how to solve our educational problems. It’s also important to note that a good part of the financing of the film comes from Philip Anschutz, a multi-billionaire proponent of school choice and school privatization. Walden Media is his.

This is both disturbing and instructive. This is not an educative or balanced look at complex problems that require reasoned, non-extreme, effective responses. “Won’t Back Down” will not enlighten. It will feed polarization and contribute to the misguided habits of thought that already plague educational policy making in this country.

Are there failing schools? We know there are. Is the primary cause usually poor teaching and bad administrators? No. More often the cause is the socio-economic level of the student population, the dearth of resources, and inadequate or non-existent staff development. It should now be conventional wisdom that the measures that determine which schools are failing are simplistic and of limited validity. And yes, there are some bad teachers and ineffective administrators. The proportion of those in comparison to second-rate lawyers and third-rate politicians is probably fairly low however.

Are teacher unions flawed and do some provide too much protection for ineffective teachers? Yes. Teacher unions should take more responsibility for improving the quality of the profession. But they also protect teachers and, indirectly, students, from misguided processes of evaluation, policies that undermine teaching effectiveness, second-rate working conditions, and attempts to control the curriculum by groups who lack the expertise and often have an agenda that undermines the effective education of children. Attacks that verge on union busting are highly destructive.

And now we come to the role of parents. I’ve spent most of my long professional career arguing strongly for the significant inclusion of parents in educational decision-making. But laws that give parents the power to take over a “failing” school take parent involvement into the Twilight Zone. This movie depicts an inspiring story of parental revolt, but fails to reveal that the actual efforts to use these laws have been significantly driven by billionaire-funded supporters of privatization, and have created great acrimony and division. There is no evidence that these efforts have improved any schools.

I wonder if anyone is thinking about proposing a law that would give patients the power to take over a “failing” hospital, perhaps measured by recovery rates. Think about how that might play out!

Parents who are working to improve their schools can really be heroes. But the greatest success has taken place where parents, teachers, educational leaders, and, sometimes, policy makers have worked together to bring about change. This film is eliciting a lot of debate of the issues, but I don’t think we should be debating. Our best response is to collaboratively wrestle with the very complex problems it raises, problems and challenges that will not be solved by simplistic diagnosis and simplistic answers.

The bottom line is that while any filmmaker has the absolute right to present his or her point of view, this emotionally manipulative and dramatically effective film is  propaganda that further polarizes parents and educators, distorts educational issues, and presents simplistic misguided solutions. It doesn’t help solve our educational problems; it magnifies them.

Some Critics Equate ‘Won’t Back Down’ With Propaganda Patch.com