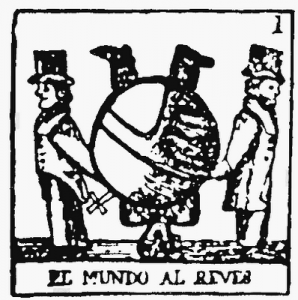 It looks like Rick Santorum — who said Monday that most of California’s public universities don’t offer American history courses — isn’t the only Republican making things up about the University of California curriculum.

In a Wall Street Journal op-ed last Saturday called “How California Colleges Indoctrinate Students,” Hoover Institution fellow Peter Berkowitz wrote: “none of the nine general campuses in the UC system requires students to study the history and institutions of the United States.”

One wonders if Berkowitz bothered to visit the UC website — or do any research on the subject whatsoever — before writing off to the Wall Street Journal. If he had, he would have seen that the University of California has three systemwide graduation requirements: writing, a foreign language, and, yes — American history and institutions.

Santorum’s and Berkowitz’s fabrications about the UC system probably come from a report published by the conservative California Association of Scholars on “The Corrupting Effect of Political Activism in the University of California.”

For the most part, the report is laughable and absurd. It recycles tired right-wing conspiracy theories about left-wing professors plotting to indoctrinate students in a tone at times reminiscent of McCarthyism. It’s also riddled with factual distortions and statistical falsehoods as blogger John Wilson documents in a devastating takedown of the report.

One example: citing a 2004 study, the report claims that “49 percent of students complain of professors frequently injecting political comments into their courses even if they have nothing to do with the subject.” In reality, Wilson notes, “students were never asked about their own experiences; instead, students were asked, “On my campus, some professors use the classroom to present their personal political views” — effectively asking students to speculate on whether they imagine there are any professors somewhere on their campus who make political comments in class.”

But the approach to teaching history the report advocates is more illuminating than its factual dishonesty. Unlike Rick Santorum, the California Association of Scholars seems to recognize that UC schools do, in fact, teach American history courses. That’s a good start. But it seems to be in favor of teaching a revised, whitewashed version of American history, where slavery or conflict with American Indians never occurred.

I was especially amused to see the writers of the report take aim at a course I took last semester with Professor Brian DeLay, “History of the United States from Settlement to Civil War.” The course description says one objective of the course is “to understand how democratic political institutions emerged in the United States in this period in the context of an economy that depended on slave labor and violent land acquisition.”

This seems relatively unremarkable. But to the authors of the report, this course description embodies “moral judgments about America’s early history” and is therefore evidence of Professor DeLay’s “zeal to preach a jaundiced view of the nation to a captive audience and convert it to its radicalism.”

It’s hard to tell which moral judgments the authors are referring to. The radical proposition that slavery existed in the United States in the 18th and 19th centuries? Or the extreme leftist theory that European settlers acquired land from American Indians, often by force?

The report also charges that UC Berkeley’s political science course called “The Politics of Displacement” forces upon students “a radical political interpretation” of U.S. history. Why? Because it focuses on “the rise of slavery and the conflict with Native America” rather than “the debate over the constitution.” It would strike me as strange for a course called “The Politics of Displacement” to focus on American constitutional history. But the California Association of Scholars seems to object less to the content of the course than the fact that it exists at all. The authors appear to be in favor of replacing actual history with a type of glorification of the United States, where our country could do no wrong.

If this whole fiasco has taught us anything, it’s to not pay attention to Santorum. But that shouldn’t be so hard.  After his three decisive losses on Tuesday night, he’s history.